Apology for a colonial brute 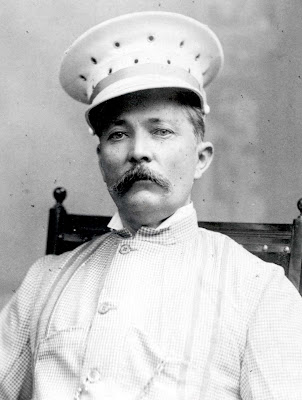 Anyone who knows anything about African colonial history cannot fail to be provoked by one of the most relentless and carefully researched works on Henry Morton Stanley, the 19th century journalist-adventurer whose early claim to fame was locating David Livingstone, perhaps the most famous European adventurer, in the belly of Africa.
But if there is any consolation in my labour, it is that the book says more about the West and Tim Jeal than it does of Africa. It is a work that will be despised by many Africans but almost certainly lauded in the West.For a work from a writer who claims objectivity, the book is a concerted, even emotional, defense of the chilling life of a man many Africans would rather forget.
RECAST HISTORY 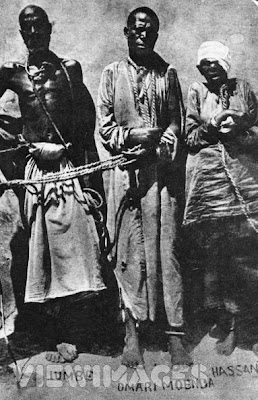 From the outset, Jeal embarks on a journey of redemption and salvation in which the writer seeks to recast history through the interpretation of a life lived in blood, racial hatred and ignominy. It is all about the white European conquest of Africa. Africans are themselves only accoutrements in this large European narrative of history.A typical example of this obsession with the feats of the so-called discoverers of Africa is the uninterrogated assertion that Stanley was the “first man in history to have followed that great river [the Congo River] 1,800 miles from the heart of the continent.” One finds it inconceivable that Africans themselves had never attempted and accomplished such a feat. 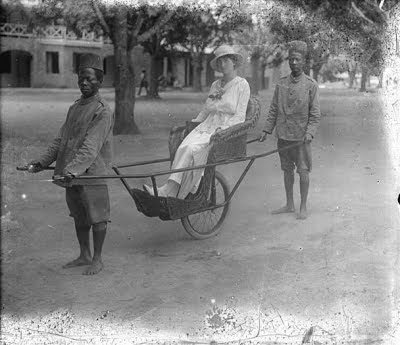 But perhaps to Jeal and his fellow Westerners, Africans do not count as “men.” To Jeal, before Stanley and Livingstone, “apart from the apparently inaccessible central and sub-Saharan Africa, the only significant parts of the planet left unexplored were the equally daunting polar regions, along with northern Greenland and the north-east and north-west passages.”
The allusion is clear: only beasts – or sub-humans – can live in such remote and inhospitable regions.

Even in his narration of Stanley’s early life, Jeal makes implausible apologies for a sad and unforgiving childhood. From his illegitimate, abusive and abandoned childhood, it should be clear that Stanley suffered life-long traumas that shaped his identity for the rest of his life.
Several of these include his proclivity for brutality and sadism, his penchant for outright misrepresentations and impossible exaggerations about his identity, paternity and achievements.
Not to mention his obvious racial self-hatred and desire to be classified as either English and later as an American rather than the Welshman that he was.
But rather than use the inhumanity of British society to explain why Stanley later became a pathological brute – including his racial animus toward American blacks during the Civil War – Jeal instead excuses and minimises these distortions of character.
STRUGGLES MIGHTILY 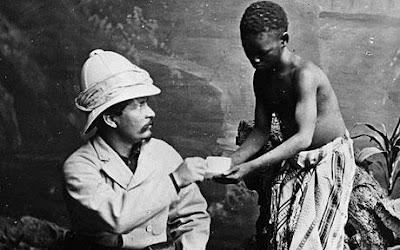 Henry Morton Stanley was gay?
Jeal struggles mightily to explain away or diminish Stanley’s every perceived character flaw or failure. One curious instance is Jeal’s attempt to swat away arguments that Stanley may have been gay or at least bisexual.

He perceives homosexuality as a problem that must be explained away or discounted. Elsewhere, Jeal states, rather incredulously, that Stanley was not a racist.

This despite the fact that Stanley had murdered in cold blood or flogged mercilessly many Africans who were in servitude to him on his expeditions. What Jeal misses over and over again is the permission that Europeans like Stanley gave themselves as the arbiters over the life and death of many an African.

Particularly troubling in Stanley is Jeal’s failure to situate Stanley, Livingstone and other early European explorers as the pathways to the colonisation and exploitation of Africa by Europe.

In Stanley’s case, apart from his connivance with Arab and European enslavers of Africans, it is impossible to separate him from the brutal fate of the Congo. 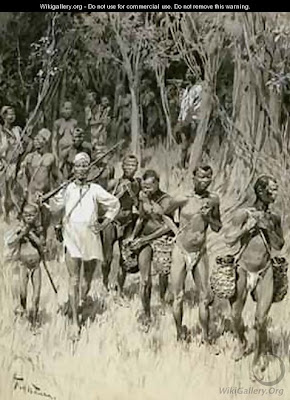 It was his work that led King Leopold II of Belgium to the Congo and the utter devastation of the region and its people. It was Stanley who set the example, stage and tone for the brutalities and pogroms of the Belgians in the Congo.
Any attempt that sidesteps or apologises for this inescapable connection between Stanley and colonialism is an inexcusable nod at crimes against humanity.
Jeal makes passing references to what he calls the predicament of Stanley and other early colonialists in Africa. He fails to situate the Stanley expeditions in their right historical context.
Here were hordes of uninvited and invading Europeans on the African continent.

If anything, Jeal proceeds as though the Europeans have a more superior moral claim to Africa than Africans themselves. That is why he tells the story of Stanley from the colonialist’s viewpoint, and treats Africans as fodder in the larger European mission of civilisation of the native. 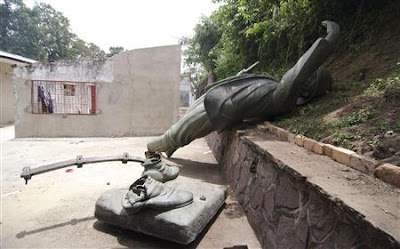 There is surprisingly little reflection in Jeal’s Stanley about the fate of Africa and the role that the early European adventurists played in its construction.
At the very least, this is either an attempt at amnesia or simply bad scholarship on the part of a supposedly respected author. Since Stanley represents the point of cultural contact – and civilisational clash – between Africa and the West, it behoves the author to deliberate on the meaning of that encounter and its historical meaning.
Rather than lament that some writers now unfairly demonise Stanley – whom Jeal would have us believe was a saintly explorer – the author should have set aside any personal agendas and let history speak for itself. Instead, Jeal writes a political book in defence of a historical monster. 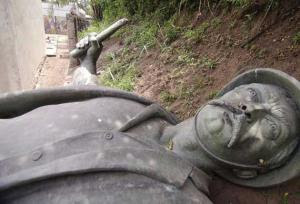 I do not deny that there is a place in scholarship for the reinterpretation of history, particularly of notable figures and their roles. But authors have to be careful that they are not so possessed with the desire to defend their icons that they lose sight of the moral purpose of scholarship.
The evidence of history, including in Stanley’s own words, is so overwhelming that a complete rewrite of the narrative – which is what Jeal attempts – is not convincing. Nothing is served – except the agenda of European exceptionalism – when a writer of repute resorts to such an untenable project.
Nor can racists, particularly of the harsh imperial hue of the brutal 19th century, be easily humanised. If Jeal’s attempt was the resurrection of a humane Stanley, then I must judge him a complete failure.
Makau Mutua is SUNY Distinguished Professor at the State University of New York at Buffalo and Chair of the Kenya Human Rights Commission
Posted by Ron at 6:05 PM