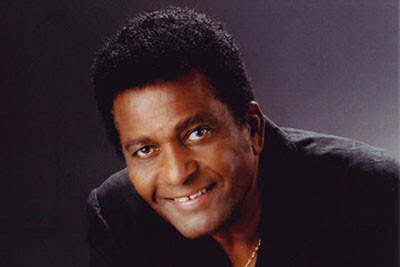 Charlie Pride
One of 11 siblings born into a poor, Mississippi-based sharecropping family, Charley Pride was raised on a cotton farm, where he was forced to work for most of his childhood. At an early age he developed a passion for country music, purchasing his first guitar at the age of 14 and teaching himself to play by listening to radio broadcasts of the Grand Ole Opry. After turning seventeen he enrolled in a baseball training camp, eventually joining the American Negro League and playing for teams in Detroit, Memphis and Birmingham. 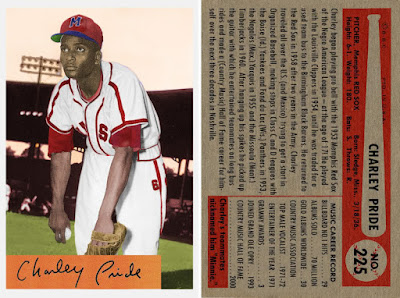 Two years in the army interrupted his baseball ambitions, but after his discharge in 1958 he resumed his involvement with semi-professional leagues, supporting himself during the day through various manual labor jobs. His hopes of moving into the major leauges were ultimately blocked by the racist attitudes pervasive at the time, and by 1962, after being denied a tryout for the New York Mets, he left the sport behind in favor of his music.

Charley Frank Pride was born in Sledge, Mississippi, on March 18, 1938. (population 489, from the 2010 US census)
Throughout his involvement in baseball, Pride had continued to develop his musical skills, performing on the bus between games for his teammates and occasionally joining different bands onstage. At the urging of country performers Red Sovine and Red Foley, he traveled to Nashville in 1963 and, despite initial disinterest from the locals, secured a management contract with Jack Johnson. 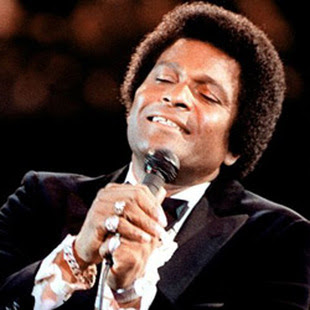 "I'm not a black man singing white man music, I am an American singing American music. I worked out those problem years ago, and everybody else will have to work their way out of it too."

A year later a demo was cut with producer Jack Clement, and the two songs -- The Snakes Crawl At Night and Atlantic Coastal Line -- attracted the attention of RCA Nashville chief Chet Atkins, who quickly signed the singer to a recording contract. Snakes was chosen as the first single in 1966, making a strong showing in the charts, as did its two follow-up releases later in the year, Before I Met You and Just Between You And Me. Due to concern about a backlash against a black country singer, Pride's skin color was kept concealed at the beginning of his career -- and live performances did result in some awkward moments when audiences saw him for the first time. In time the subject of his race became irrelevant, and Pride established himself as one of the leading country acts of his time, topping the country charts 36 times between 1969 and 1984. 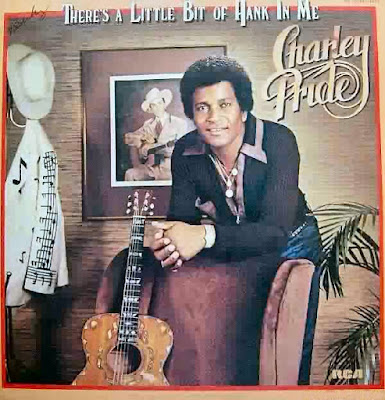 In 1986 Pride discontinued his long association with RCA, which was now directing most of its resources towards young, up-and-coming performers. A deal was signed with the Opryland label 16th Avenue, with whom he released several reasonably successful records before the label ceased to exist. An arrangement was subsequently made with Honest Entertainment in the 1990s, but by this time Pride's recording career was largely over. Pride continued to be active as a performer, however, as well as pursuing numerous business interests, amongst which are the Charley Pride Theater in Missouri, majority holdings in the First Texas Bank, his publishing company The Pride Group, and a variety of real estate and broadcasting properties. An autobiography was published in 1994 (source: http://www.nndb.com/people/024/000023952/)
Charlie Pride: Cotton Fields