The Dutch and Slavery in New Netherlands 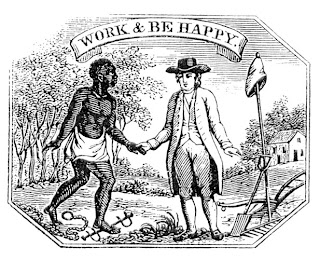 The Dutch and slavery in New Netherlands: Were the Dutch the first ones?

According to many American history books, the Dutch were the first to bring enslaved Africans to the shores of Virginia in 1619. John Rolfe, resident of Jamestown, noted in his diary that about twenty black people had been brought to the settlement in a Dutch man-of-war. John Pory describes the same event in a letter. As a result, some people now pin the responsibility for this act on the Dutch navy. This is impossible, however, for the simple reason that there was no Dutch navy at that time.

The ship by which the unfortunate Africans came to America was in all probability the Trier, a pirate ship from Vlissingen. The Trier and the English pirate ship the Treasurer had overtaken the Portuguese slave ship the Sao Joa Bautista, which was on its way from Angola to South America. Both ships plundered the Portuguese ship and then sped on to Jamestown to sell their human booty. The Dutch ship was just a bit faster than the English.

The Dutch slave trade and slavery

This was not the end of the matter, however. As soon as the WIC decided to expand the Dutch settlement on the island of Manhattan, they decided to import African slaves. The first Africans arrived in 1624. These were about a dozen men and an unknown number of women. Most had been taken prisoner on Spanish ships somewhere in the Caribbean by WIC privateers. In New Netherland they were used as farm labour, in public works and in the building of Fort Amsterdam. All African 'company slaves' were the property of the WIC and were not sold privately at first. When the company later began to experience serious financial problems, the slaves were hired out by the official WIC overseer to private colonists. Sometimes they were put to work as soldiers in the unremitting wars with the Indian tribes. This was a departure from the system of private slave ownership that was prevalent in the New World. The company slaves were given a number of limited rights that were laid down in law. Perhaps the most important of these rights was that after the passage of time they were given their freedom. These freed slaves were then given a piece of land on which to settle and to support themselves. It is known that a group of slaves were freed in 1664, after which they settled in the vicinity of the present Canal Street and Astor Place. Thus in the mid-seventeenth century small communities of free blacks were formed in New Amsterdam.

Elsewhere in the Atlantic region, Dutch involvement in the trans-Atlantic slave trade began in around 1635. The WIC transported the enslaved Africans from the west coast of Africa to the colonies in Brazil, which had been captured by the Dutch from the Portuguese. The Africans were put to work cultivating sugarcane on the plantations. When the Portuguese re-captured Brazil in 1653, Africans were brought to the Dutch colonies of Suriname and Curaçao.
[http://www.geheugenvannederland.nl/hgvn/webroot/files/File/extra/atlanticworld/atlanticworld1EN/tentoon3.html]