The Mutiny of the Dutch Slave Ship Meermin

As reported in the New York Times, "Combing for the shipwreck of a slave rebellion," by Sharon LaFraniere, on 25 August 2005 -- STRUIS BAY, South Africa — After years of painstaking research and sophisticated surveys, Jaco Boshoff may be on the verge of a nearly unheard-of discovery: the wreck of a Dutch slave ship that broke apart 239 years ago on this forbidding, windswept coast after a violent revolt by the slaves.

On the other hand, he may have discovered a wire fence covered with beach sand.Boshoff, 39, a marine archaeologist with the government-run Iziko Museums, will not find out until he starts digging on this deserted beach on Africa's southernmost point, probably later this year.

After three years of surveys with sensitive magnetometers, he knows, at least, where to look: at a clutch of magnetic abnormalities, three beneath the beach and one beneath the surf, near the mouth of the Heuningries River, where the 450-ton slave ship, the Meermin, ran aground in 1766.

If he is right, it will be a find for the history books - especially if he recovers shackles, spears and iron guns that shed light on how 147 Malagasy slaves seized their captors' vessel, only to be recaptured.

Although European countries shipped millions of slaves from Africa over four centuries, archaeologists estimate that fewer than 10 slave shipwrecks have been found worldwide. 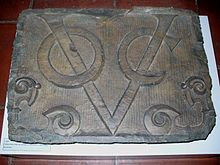 If he is wrong, Boshoff said in an interview, "I will have a lot of explaining to do."He will, however, have an excuse. Historical records indicate that at least 30 ships have run aground in the treacherous waters off Struis Bay, the earliest of them in 1673.

Although Boshoff says he believes beyond doubt that the remains of a ship are buried on this beach - the jagged timbers of a wreck are sometimes uncovered during September's spring tides - there is always the prospect that his surveys have found the wrong one.

Boshoff's best hope of proving that any find is the Meermin, he said, will be to unearth one of the Malagasy spears that records show were carried onto the ship. The ship's final voyage is well documented in letters and court records in archives in Cape Town, which are being organized electronically by Andrew Alexander, a University of Cape Town student who is working with Boshoff.

Half of the 60-member Dutch crew and perhaps dozens of slaves were killed. The surviving crew went down in ignominy for losing their ship; the Malagasy slaves met bondage and servitude.

The Dutch East India Company had dispatched the three-masted Meermin from Cape Town in December 1765 to buy slaves on the west coast of Madagascar, nearly 2,700 kilometers, or 1,700 miles, away. The Dutch settlement at Cape Town relied on slave labor, and the warring tribes on Madagascar were known to trade their captives to European merchants for guns and goods.

In late January, the Meermin left Madagascar with 147 slaves, including some women and children. Fearful the slaves would die in the airless cargo hold, the ship's captain ordered at least some of them unchained and allowed on deck. Another senior officer decided to employ five slaves to clean spears and other weapons that the crew had picked up in Madagascar as souvenirs.

It was a stunningly stupid move. Armed, the slaves killed about half the crew, stabbing them to death or tossing them overboard. Surviving sailors barricaded themselves in the ship's lower quarters, surviving on raw bacon, potatoes and brandy.

Once they realized they could not sail the ship on their own, the Malagasy allowed several crew members on deck to guide them back to Madagascar.

By day, the Dutch headed in the general direction of the island. But at night they steered for Cape Town. By the end of February, they had made it to 145 kilometers east of Cape Town. Spotting land, the slaves decided they had reached their homeland and dropped anchor. Seventy slaves piled into two small boats and headed ashore, promising to light three fires on the beach to signal the others if the land was Madagascar. They did not get far. Dutch farmers, suspicious of the stationary ship without a flag, had alerted the local magistrate and organized a force of local men to patrol the beach. When the slaves hit shore, they were killed or captured.

The Meermin's officers at sea were trying to communicate with the Dutch on shore by the only method at hand: letters in bottles. Two floated ashore, were retrieved and delivered to the magistrate. The officers asked for three fires to be lighted on the beach to deceive the Malagasy into letting the ship come ashore.

Another letter advised that the slaves were unaware of their location and could be caught off-guard.The trick worked. The ship sailed toward the beach, hitting a sandbar. Confronted with the Dutch force, the slaves gave up.

The Dutch authorities worked to retrieve the ship's goods, recovering 286 muskets, 12 pistols, 5 bayonets, compasses and barrels of gun powder and musket balls. They then left the broken Meermin to be swallowed up by sand.  (source: the New York Times)


Watch Go Behind the Scenes of Slave Ship Mutiny on PBS. See more from Secrets of the Dead.
Posted by Ron at 6:09 AM