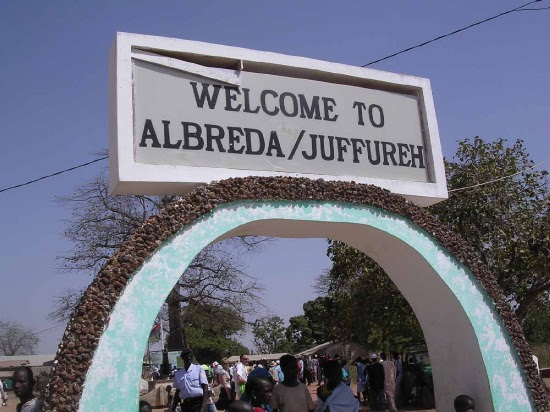 As reported in the Seattle Times, "Bitter `Roots': Kunta Kinte's Village Bashes Alex Haley: Descendants, Townspeople `Expected To Get Rich,'" by Tina Susman, on 2 April 1995  --  AP JUFFURE, Gambia - When writer Alex Haley came to Juffure to trace his roots, he found a community of fishermen and farmers rarely seen by outsiders.

Today, when tourists visit the village portrayed in Haley's blockbuster "Roots," they find a different Juffure: a place of bitterness and poverty, where begging and Haley-bashing are a way of life.

Lots of tourists come, but that hasn't produced the boom Juffure's people had expected from "Roots." They aim their anger at Haley, the American descendant of slaves whose book sparked Gambian tourism and inspired people the world over to trace their ancestors.

"Roots" was published in 1976, and Haley died three years ago, but Juffure's people still demand what they consider their just rewards.

"We expected to get rich - yes, of course, we did! Because whatever Alex Haley got was from this compound right here," said Foday Fofana, a descendant of Kunta Kinte, the central character of "Roots."

The attitude prevails in Juffure and the neighboring village of Albreda, where young Gambians like Kunta Kinte were abducted and shipped across the Atlantic by slave traders. From Albreda's concrete dock, a visitor can see Fort James Island, once a notorious slave prison and now a ruin inhabited by lizards that scurry about the bricks.

It is due largely to "Roots" and the ensuing television miniseries that Gambia developed a lucrative tourist trade, now its No. 2 industry after agriculture.

That, says Haley's family, has been ignored by Kunta Kinte's descendants and by the tour guides who deride Haley as they lead people through Juffure and Albreda and across the river to Fort James.

"One of the things they don't think about is that they get 200,000 visitors a year, and there's no other village that gets that many people. And each visitor leaves something, so the village actually has a commerce based upon the Haleys," said William Haley, son of the late writer and head of the Haley Foundation in St. Louis. William Haley last visited Juffure in July 1994 and gave money to both the Kinte kin and the village. The district chief, Dogou Sonko, says the amount totaled $1,500. Haley says he plans to return but has been prevented from doing so by political instability resulting from a military coup in Gambia last fall.

Haley also said his father had given the village $15,000 at one time to build a mosque, which never materialized.

Tourist boats cruise up the placid, dolphin-filled river, unloading visitors into a gantlet of men selling wood carvings, women selling gourdlike calabashes and children demanding pens, paper, candy, money, even jewelry off the wrists and necks of the visitors.

On a recent tour, guide Muhammed Jatta sat down in the relative cool of the shade to tell visitors the story of Juffure. Instead of relating the village's historical significance, he devoted much of the time to an angry tirade against the Haleys, who he said had done "absolutely nothing" for Juffure.

The visitors were then led to the Kunta Kinte compound, a collection of mud and stucco dwellings with corrugated tin roofs, surrounded by a corrugated tin fence. Fofana said 76 of Kunta Kinte's descendants live in the compound, including 75-year-old Binta Kinte, who was named after Kunta Kinte's mother and whose husband narrated the "Roots" story to Alex Haley.

Nowadays, the toothless old woman sits on a wooden bench in the compound's dirt courtyard and waits for visitors to drop money into a basket being passed around. 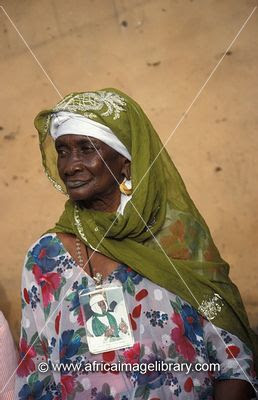 The chief, Sonko, says the money usually goes into the tour guides' pockets.

William Haley blames the deterioration in the village atmosphere largely on foreign visitors.

"There was a time not long ago that when I met children, they'd say, `Can I have your name and address, because I want a pencil, or a pen, or a notebook,' " Haley said.

"Now they ask for money, because tourists have given them money and increased their expectations," he said in an interview. 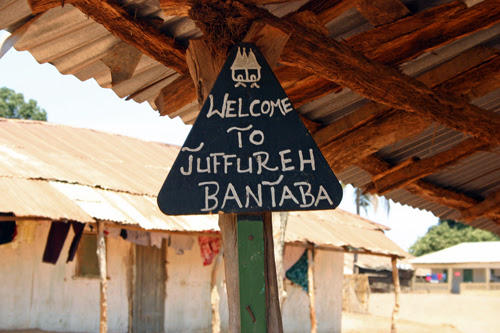 The tour guides, the Kunta Kinte clan and tourism officials blame the Haley family for Juffure's problems, saying the people have a right to higher expectations, given the success of "Roots."

For many tourists, the encounter is an unpleasant one.