The Story of Marcus Garvey 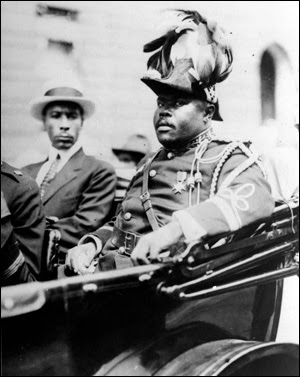 From PBS, American Experience, "People and Events: J. Edgar Hoover," -- At a time of increasing popular radicalism, Hoover quickly made his mark. He was given the responsibility of heading a new section of the Justice Department which was established to gather evidence on radical groups. According to historian Theodore Kornweibel, Hoover was chosen in part for his reputation of diligence. "He stayed up all night reading the radical pamphlets and literature," Kornweibel says, and Hoover "quickly became 'the' Justice Department expert on radicalism." As head of the new division, he was responsible for organizing the arrest and deportation of suspected Communists and radicals in the United States.

Marcus Garvey soon rose to the top of Hoover's list. Federal agents, in collaboration with the New York City police, had begun to report on Garvey's speeches as early as 1917. But as Universal Negro Improvement Association membership and the circulation of The Negro World newspaper ballooned in 1919, Hoover himself targeted Garvey. Referring to Garvey as a "notorious negro agitator," Hoover zealously set about to gather damaging evidence on Garvey and his growing movement. According to Kornweibel, "Hoover and the Justice Department were clearly hooked on a fixation on Garvey which would before long become a vendetta." 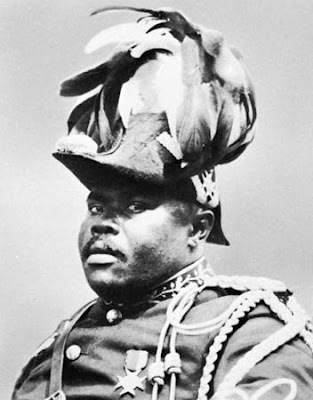 Hoover had relied on part-time black informants to track Garvey's movements and U.N.I.A. activities. But in December 1919 his determination to go after Garvey led Hoover to hire the first black agent in the Bureau's history. "By this time the Bureau had discovered that it wasn't going to learn all it needed about Garvey without someone being able to penetrate the movement," according to Kornweibel. "The white agents simply couldn't do it. They were totally conspicuous." The first black agent's name was James Wormley Jones, known as Jack Jones. He was known by the code number "800". "His job," says Kornweibel, "was to go into Harlem and to infiltrate the Garvey movement and to try and find evidence that could be used to build the legal case for ultimately getting rid of Garvey."

Over the next five years, largely under Hoover's direction, Bureau of Investigation officers would report on U.N.I.A. activities in over two dozen cities and pursuit of Garvey would broaden to seven other federal agencies. "They were going to find some way of getting rid of Garvey because they feared his influence," Kornweibel says of Hoover and his government colleagues. "They feared the hundreds of thousands, the masses of blacks under his influence. Garvey rejected America, and they could no more agree to and accept a militant rejection of America by blacks than they could accept a militant demand for full inclusion by blacks." Hoover's determination led him to take extreme measures to counter Garvey's growing influence. According to historian Winston James, "They placed spies in the U.N.I.A. They sabotaged the Black Star Line. The engines... of the ships were actually damaged by foreign matter being thrown into the fuel." 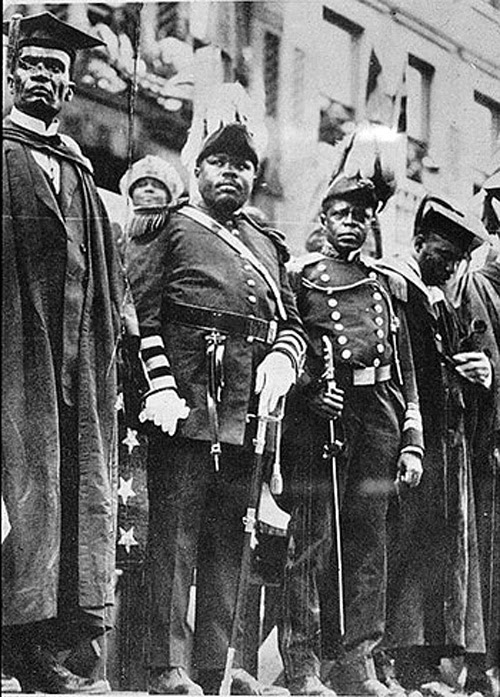 Hoover also placed his agents closer to Garvey than anyone at the time could have imagined. As he and the U.N.I.A. increasingly came under attack from internal dissenters, black critics, and the federal government, one of the few people Garvey confided in was Herbert Boulin, the owner of a Harlem-based black doll company. What Garvey didn't know is that Boulin was an informant for J. Edgar Hoover, known by the Bureau as Agent P-138. "He got closer to Garvey than anyone else working for the government and Garvey was really isolated", says Kornweibel. "Things weren't going well with [his] organization. The Black Star Line was losing money. And so, remarkably, he confesses to this informant that he'd tried suicide, that he was thinking of suicide again." 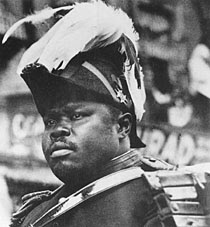