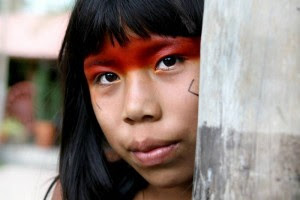 “The Awá rely on their forest to survive, but vast numbers of loggers are illegally invading their land, which now suffers one of the highest deforestation rates in the Amazon. More than 30% of one of the Awá’s territories has already been destroyed. […]The Awá have recently suffered a series of brutal attacks, and loggers have warned that the Indians will be killed if they go into their forest.” (Green Blog) 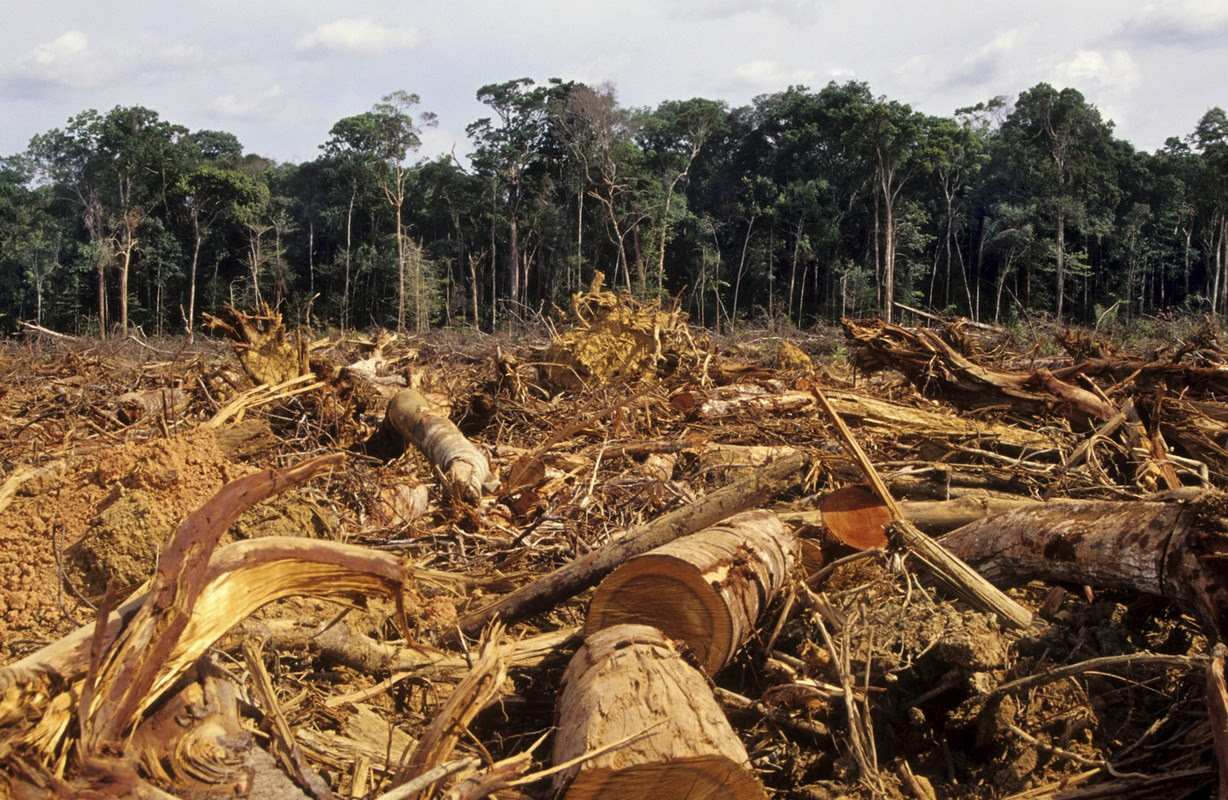 Loggers in Brazil captured an eight-year-old girl from one of the Amazon's last uncontacted tribes and burned her alive as part of a campaign to force the indigenous population from its land, reports claimed on Tuesday night.

The child was said to have wandered away from her village, where around 60 members of the Awá tribe live in complete isolation from the modern world, and fallen into the hands of the loggers.

Luis Carlos Guajajaras, a local leader from a separate tribe, told a Brazilian news website that they tied to her a tree and set her alight as a warning to other natives, who live in a protected reserve in the north-eastern state of Maranhão .

"She was from another tribe, they live deep in the jungle, and have no contact with the outside world. It would have been the first time she had ever seen white men. We heard that they laughed as they burned her to death," he said. 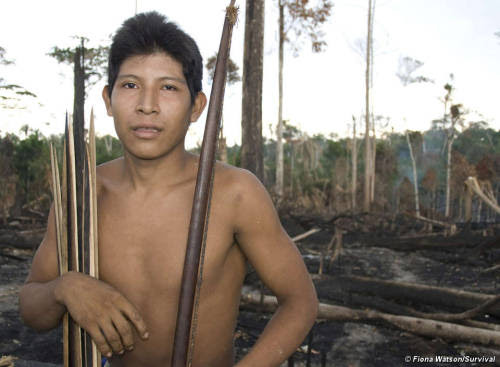 Reports of the killing, which was said to have happened in October or November last year, were seconded by the Indigenous Missionary Council (CIMI), a Catholic group which said it had seen footage of her charred remains.

A spokesman for the Brazil's Indian Affairs Department said the government was urgently investigating the claims.

Around 450 tribes people have were murdered in Brazil between 2003 and 2010, according to figures from CIMI. 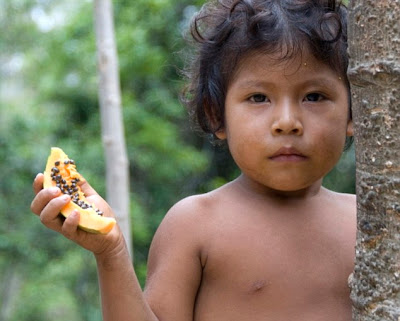 Survival International, a charity for tribal groups, warned that a third of the Awá's land had already been destroyed and that their nomadic hunter-gatherer lifestyle was being threatened as animals fled in the face of the approaching logging companies. (source UK Telegraph)