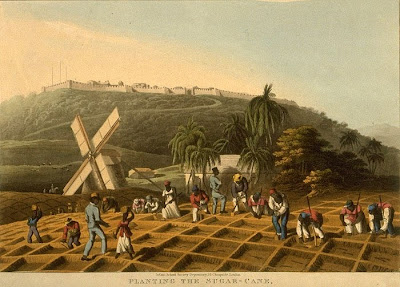 The islands of Antigua and Barbuda form a small nation whose strategic importance is greater than its size. Located at the outer curve of the Leeward Islands, Antigua and Barbuda are well placed for strategic defense of the Caribbean against outside forces. The natural harbors along Antigua's indented coast also offer havens for naval forces.

By the eighteenth century B.C., Antigua and Barbuda had been settled by their first inhabitants, the Ciboney (or Guanahuatebey) Indians. They were followed by the Arawaks, a peaceful Indian tribe that migrated from northern South America through the Caribbean islands and arrived on Antigua around A.D. 35. They began slashand -burn cultivation of the island and introduced such crops as corn, sweet potatoes, beans, pineapples, indigo, and cotton. The Arawaks were uprooted by the Carib Indians around A.D. 1200; however, the Caribs did not settle on Antigua but used it as a base for gathering provisions (see The Pre-European Population, ch. 1). 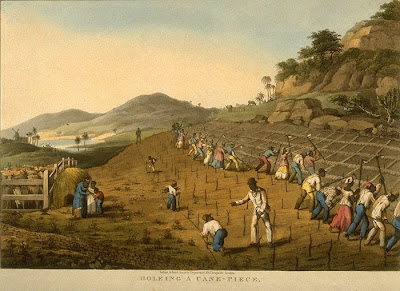 In 1493, on his second voyage, Christopher Columbus sighted the island of Antigua and named it after Santa Maria de la Antigua. Early settlement, however, was discouraged by insufficient water on the island and by Carib raids. Europeans did not establish settlements on Antigua until the English claimed the island in 1632. Antigua fell into French hands in 1666 but was returned to the English the following year under the Treaty of Breda. Antigua remained under British control from 1667 until independence was granted in 1981.

From the start, Antigua was used as a colony for producing agricultural exports. The first of these were tobacco, indigo, and ginger. The island was dramatically transformed in 1674 with the establishment by Sir Christopher Codrington of the first sugar plantation. Only four years later, half of Antigua's population consisted of black slaves imported from the west coast of Africa to work on the sugar plantations. Antigua became one of the most profitable of Britain's colonies in the Caribbean (see The Sugar Revolutions and Slavery, ch. 1). 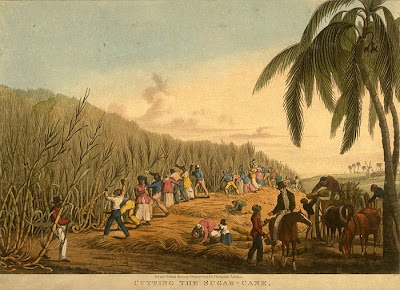 In 1685 the Codrington family leased the island of Barbuda from the English crown for the nominal price of "one fat pig per year if asked." The Codringtons used Barbuda as a source of supplies--such as timber, fish, livestock, and slaves--for their sugar plantations and other real estate on Antigua. This lease continued in the Codrington family until 1870. Barbuda legally became part of Antigua in 1860.

Although the British Parliament enacted legislation in 1834 abolishing slavery throughout the empire, it mandated that former slaves remain on their plantations for six years (see The PostEmancipation Societies, ch. 1). Choosing not to wait until 1840, the government on Antigua freed its slaves in August 1834. This was done more for economic than for humanitarian reasons, as the plantation owners realized that it cost less to pay emancipated laborers low wages than to provide slaves with food, shelter, and other essentials. The plantation owners continued to exploit their workers in this way into the twentieth century. The workers perceived little opportunity to change the situation, and sugar's dominance precluded other opportunities for employment on the island. 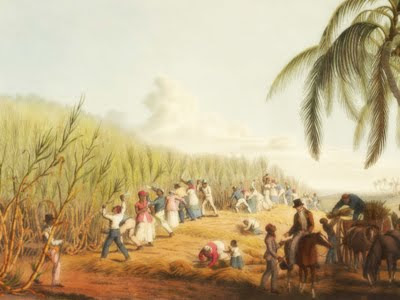 The Antigua sugar industry was severely jolted in the 1930s, as the dramatic decline in the price of sugar that resulted from the Great Depression coincided with a severe drought that badly damaged the island's sugar crop. Social conditions on Antigua, already bad, became even worse, and the lower and working classes began to protest to the point that law and order were threatened. The Moyne Commission was established in 1938 to investigate the causes of the social unrest in Antigua and elsewhere in the Caribbean (see Labor Organizations, ch. 1). In 1940, in response to the situation, the president of the British Trades Union Congress recommended that the workers on Antigua form a trade union. Two weeks later, the Antigua Trades and Labour Union (ATLU) was created. The union soon began to win a series of victories in the struggle for workers' rights.

Despite these victories, the ATLU recognized the need to participate in the political life of the island, as the plantation owners still held all political power. Thus, in 1946, the union established a political arm, the Antigua Labour Party (ALP), and ran five parliamentary candidates who met the qualification of being property owners. All were elected; in addition, one of the five, Vere Cornwall Bird, Sr., was selected to serve on the government's Executive Council. Bird and the ATLU continued to push for constitutional reforms that would give the lower and working classes more rights. Largely because of these efforts, Antigua had full adult suffrage by 1951, unrestricted by minimum income or literacy requirements. With each general election, the union and the ALP put forth more candidates and won more seats in the Antiguan Parliament. In 1961 Bird was appointed to fill the newly created position of chief minister. Five years later, he led a delegation to London to consider the issue of Antiguan independence. Following a constitutional conference, Antigua became an associated state (see Glossary) in February 1967, with Barbuda and the tiny island of Redonda as dependencies. Antigua was internally independent, but its foreign affairs and defense still were controlled by Britain. 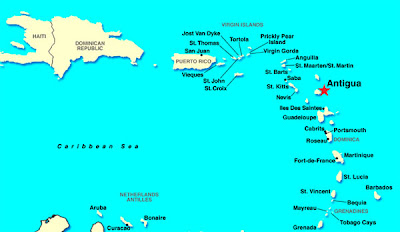 Map of Antigua.
Antigua is located at the outer curve of the Leeward Islands
During the period of associated statehood (1967-81), Antigua saw the rise of a second labor union and its affiliated political party and the beginnings of a secessionist movement in Barbuda, as well as the replacement of sugar by tourism as the dominant force in the economy. In 1978 Deputy Prime Minister Lester Bird (younger son of Vere Cornwall Bird, Sr.) and other like-minded political leaders called for full independence. Following their return to office in the 1980 general election, which was regarded as a popular mandate on independence, another constitutional conference was held in London in December 1980. An obstacle to achieving independence was the issue of Barbudan secession; this barrier was overcome when a compromise was reached that made Barbuda relatively autonomous internally. Complete independence was granted to the new nation of Antigua and Barbuda in 1981. (source: US Library of Congress)
Posted by Ron at 9:08 AM