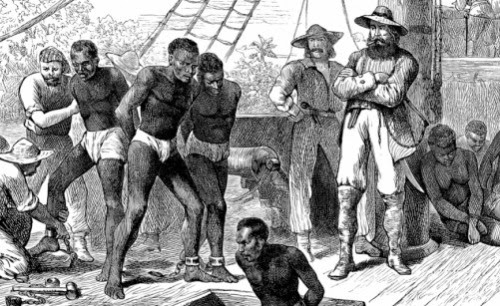 As early as 1740, the British merchant Malachy Postlethwayt, arguing for parliamentary subsidies for slave trade as essential to English prosperity, described the trade's "triangular nature." British ships carried manufactured goods to West Africa, where they were exchanged with local rulers for slaves. Hundreds of these slaves were packed into the ships and carried to the West Indies -- the so-called "middle passage" -- where they were sold and the proceeds used to buy sugar and rum, which the ships then transported back to England. 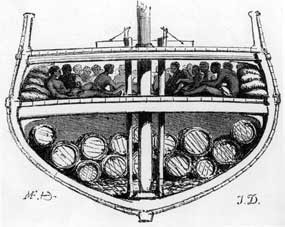 Marcus Rediker uses his experience as a maritime historian and his mastery of the contemporary documents to re-create all three legs of the triangle, often in the very words of the participants -- captains, seamen and slaves.


Dr. Marcus Rediker graduated with a B.A. from Virginia Commonwealth University in 1976. He went to the University of Pennsylvania for graduate study, earning an M.A. and Ph.D. in history. He taught at Georgetown University from 1982 to 1994, lived in Moscow for a year (1984-5), and is currently Professor and Chair in the Department of History at the University of Pittsburgh. Dr. Marcus Rediker has written (or co-written) five books: Between the Devil and the Deep Blue Sea (1987), Who Built America? (1989), volume one; The Many-Headed Hydra (2000), Villains of All Nations (2004) and The Slave Ship: A Human History (2007).