US Railways Were Built with Slave Labor 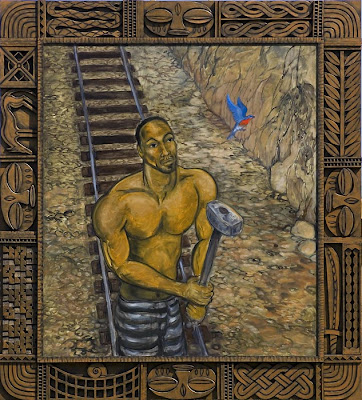 John Henry said to his captain:
"You are nothing but a common man,
Before that steam drill shall beat me down,
I'll die with my hammer in my hand."
***
North America's four major rail networks — Norfolk Southern, CSX, Union Pacific and Canadian National — all own lines that were built and operated with slave labor.
Historians say nearly every rail line built east of the Mississippi River and south of the Mason-Dixonline before the Civil War was constructed or run at least partly by slaves.
Ted Kornweibel, a professor of Africana studies at San Diego State University, has documented use of slaves by 94 early rail lines. By his count, 39 now belong to Norfolk Southern, based in Norfolk, Va.; 36 are owned by CSX of Jacksonville, Fla.; 12 are part of Omaha-based Union Pacific; seven belong to Canadian National, headquartered in Montreal. 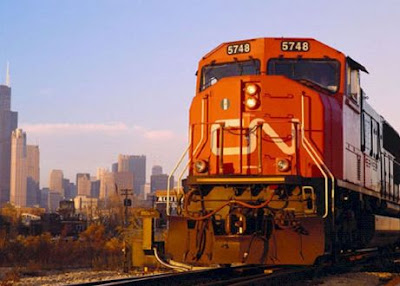 Canadian National
Corporate records of the time show railroads bought slaves or leased them from their owners, usually for clearing, grading and laying tracks. Enslaved workers frequently appear in annual reports as line-item expenses, referred to variously as "hands," "colored hands," "Negro hires," "Negro property" and "slaves."
The president of Union Pacific's Memphis, El Paso & Pacific Railroad wrote to stockholders in 1858 that slaves were the "cheapest, and in the main most reliable, most easily governed" laborers. 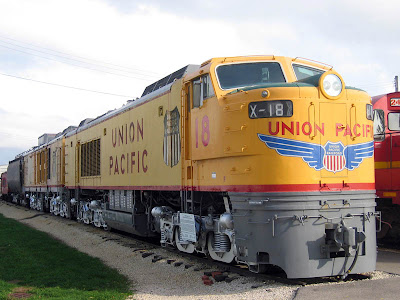 Union Pacific
Railroad records contain thousands of lease agreements with slave owners. A single volume of records for the Richmond, Fredericksburg & Potomac Railroad, now owned by CSX, covering just two months in 1850 contains 47 agreements with slave owners.
Slaves "formed the backbone of the South's railway labor force of track repairmen, station helpers, brakemen, firemen and sometimes even enginemen," wrote University of Pennsylvania historian Walter Licht in the book Working for the Railroad.
Norfolk Southern declines to confirm ownership of individual rail lines from the 19th century but says it owns "80% or more" of the 39 identified by Kornweibel. It won't comment on whether the lines were built and run with slave labor or related questions. 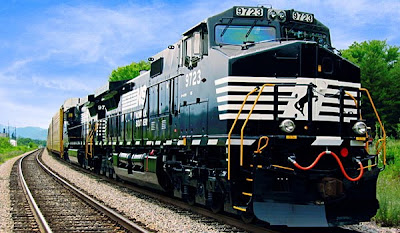 Norfolk Southern
CSX says it can verify the names of only a handful of the 19th-century rail lines that make up its network. "As to the basic issue of reparations, we're not going to discuss that," spokeswoman Kathy Burns says. 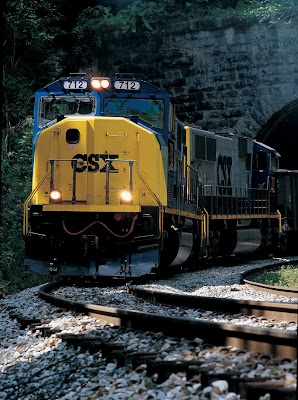 CSX
In a statement, Canadian National said it "takes very seriously claims that slave labor" was used to build some of its early rail lines. "We are actively researching the issue. We invite any party to share with CN any relevant information or documentation."
Union Pacific says it owns nine of the 12 railroads Kornweibel identified as UP lines that owned or leased slaves. Ownership of the lines today has "no relevance" to how they were built, UP spokesman John Bromley says. 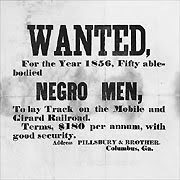 The Mobile and Girard Railroad, now owned by Norfolk Southern, advertised for slaves in 1856. Corporate records of the time show railroads bought or leased slaves.
"We have no way of knowing, and we have no intention of researching that issue," Bromley says.
source: USA Today, 20 Feb. 2002
Posted by Ron at 8:07 PM