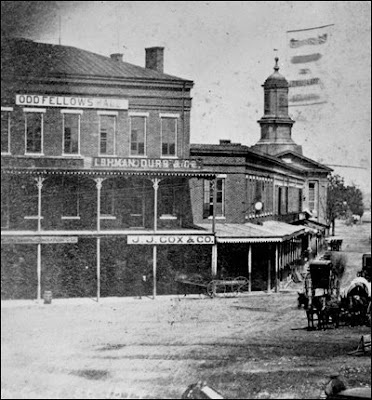 By 1858, as the [Lehman] brothers witnessed the shift in cotton's center from the South to New York City, where factors and commission houses were based, Lehman Brothers opened its first branch office there, at 119 Liberty Street. Thirty-two year old Emanuel relocated to New York to run the office. In 1862, facing difficulties as a result of the Civil War, the firm teamed up with a cotton merchant named John Durr to form Lehman, Durr & Co. Following the war the company helped finance Alabama's reconstruction. 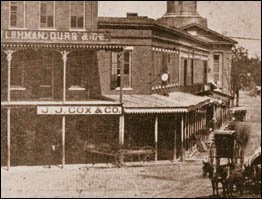 The firm's headquarters were eventually moved to New York City, where they helped found the New York Cotton Exchange in 1870; Emanuel would sit on the Board of Governors until 1884. (source: Old Stocks)
Posted by Ron at 5:23 PM