Complicity: How the North Promoted, Prolonged, and Profited from Slavery 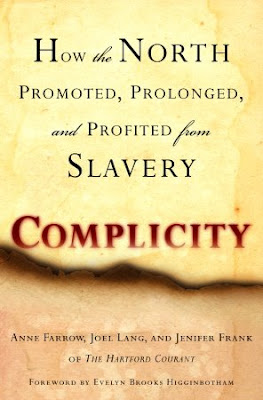 Conventional wisdom is challenged as the authors of Complicity: How The North Promoted, Prolonged, And Profited From Slavery discuss their findings in a public talk. A century and a half after the end of the Civil War, most Americans still think of slavery as a purely Southern institution. The enduring image of American bondage is that of lines of black men and women picking cotton on a plantation in a Southern state. In fact, the North was equally responsible for American slavery, as shown by the authors of Complicity. Before the Civil War, Northern industries such as textiles and shipbuilding flourished as a result of the free labor of millions of black people. The only difference was that Northerners could profit from slavery at a distance and were in a better position to deny their complicity.

The Boston Public Library and the Museum of Afro-American History are offering the Words of Thunder Lowell Lecture Series to honor the bicentennial of the birth of William Lloyd Garrison, Boston abolitionist and editor of The Liberator.