Harvest of Shame, as reviewed in Time, on 31 March 1961 -- In a long and lucrative career on television, CBS's Edward R. Murrow, 52, developed a particular skill for the shame-of-America documentary that trains the camera eye on the dark corners of U.S. life. But last January Murrow decided to go to Washington, accepting a presidential appointment as director of the U.S. Information Agency. Last week, in a humbling effort to kill a TV documentary that he himself had narrated, Ed Murrow made clear demonstration of the truism that one's view can be shaped by one's job.

The show in issue was Harvest of Shame, an hour-long study of the plight of the U.S. migratory worker presented last November 25 on CBS Reports. Deliberately scheduled for the day after Thanksgiving, the documentary drew for turkey- stuffed Americans a stark picture of the field hands who rove about the country, living in makeshift squalor, and selling their labor for an average of $900 a year. Moving in shirtsleeves among the film's subjects, Narrator Murrow reached heights of personal indignation, as when he quoted one migrant-hiring Southern farmer: "We used to own our slaves; now we just rent them."

At the Okeechobee Labor Camp in Belle Glade, Florida, Murrow interviews a 9 year old little boy named Jerome King, who is babysitting his three sisters while his mother works the field to earn $1.00 for a day's work in 1960, USA.

Exaggerated Portrait. The plight of the migrant workers is bad; but because of its overstatement, Harvest drew howls, especially from Florida's U.S. Senator Spessard L. Holland, whose state was the one visited by Murrow. Harvest of Shame, said Holland, contained at least seven distortions and errors of fact. Holland cited, among others, the example of the 29-year-old Negro woman who told Murrow that she was the mother of 14 and had earned $1 for a full day's work in the fields. The facts were, said Holland, that seven of her children were dead and that her meager wage was a measure of her own indolence.

The matter might have ended there if the British Broadcasting Corporation, which has first foreign rights to CBS Reports, hadn't decided to pick up Harvest of Shame. Dismayed at the damage that a European showing of the film could do to the image of America that he was now pledged to promote abroad, USIA Director Murrow called the BBC in a vain effort to suppress the show. Harvest of Shame, said Murrow, had been for domestic use only. 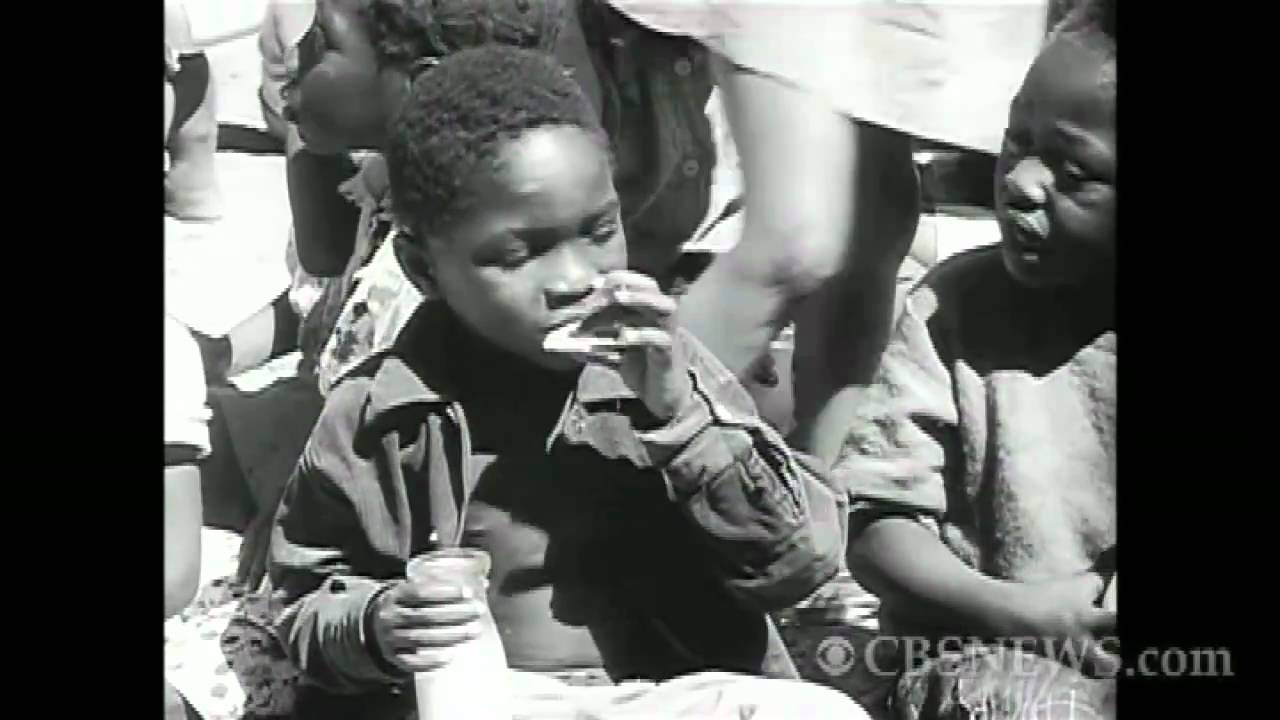 The Migrant Mission serve the children of the migrant workers 2 cups of milk and one cracker for lunch.

CBS disagreed. "To deny overseas subscribers the use of a news report," said a CBS spokesman, "would be inconsistent with basic principles of freedom of information." The show went on, and the British press, aware of Murrow's gag attempt, delightedly gave his role as narrator full billing. "Murrow's documentary," said the London Daily Herald, "blazed fiercely with his incomparable and indispensable indignation." Wrote Neville Randall in the London Daily Sketch: "I can only say that if Murrow builds up America as skillfully as he tore it to pieces last night, the propaganda war is as good as won."

The U.S. press took a far dimmer view. . . .The New York Times's TV Critic Jack Gould all but invited Murrow to retire: "If Mr. Murrow was acting under orders from the State Department, he should have resigned after 24 hours in office. If Murrow acted on his own responsibility, his action constitutes an inexplicable refutation of the principle he has enunciated for years--that the good and the bad about this country should be reported fearlessly.. . ."
(source: http://www2.vcdh.virginia.edu/HIUS316/mbase/docs/harvest.html)