A Southern Way of Life

As reported by The New York Times Opinion Page Disunion, "What the South Got Wrong," by John Ashworth, on 16 February 2011  -- Between Lincoln’s election in November 1860 and his inauguration the following March, seven states of the Deep South left the Union. Each of them did so amid scenes of jubilation and rejoicing.

They were seceding essentially for one reason: Lincoln’s election, they believed, posed a new and unacceptable threat to slavery. Here they were, at any rate, correct. But, like the Republicans in the North, the secessionists made a series of errors that played a major part in bringing on, and determining the course of, the most momentous event in American history. These errors, however, were not merely individual or even mass aberrations, historically inexplicable except in terms of human frailty. Rather, they were deeply embedded in Southern thinking, rooted in the economy and society of the Old South.

The decision to secede was not, in itself, among these errors. After all, Southern leaders prized the institution of slavery above all else, and Lincoln made no secret of his opposition to slavery. Indeed, he had been elected on a platform that called for a ban on the creation of more slave states. This, he and other Republicans announced openly, was intended to bring about the abolition of slavery, not immediately but gradually and peaceably. Southerners realized that with more free states being created, the ban might eventually result in the North having a three-fourths majority of the states. Northerners, they feared, would then be able to amend the Constitution itself to permit a direct assault on slavery in the states where it already existed.

Moreover, as president, Lincoln would control the federal patronage: he could use it to build up a national antislavery party, beginning in the border states, where slavery was weakest. This too would prepare the ground for an attack on slavery in its very heartland. The decision to secede was, in this sense, well founded.

Yet it also rested on a series of misperceptions. The first was the likelihood of war. “I can conceive nothing more improbable,” wrote one secessionist, “than an effort by the North to keep the entire South in the Union by force” – a widespread view in late 1860 and early 1861. The second concerned the expected outcome of any war that might break out. It would be short and glorious – for the South. Southerners predicted that all the blood that would be spilt could be wiped up by a pocket handkerchief or contained in a lady’s thimble. The South, most secessionists believed, would be invincible. 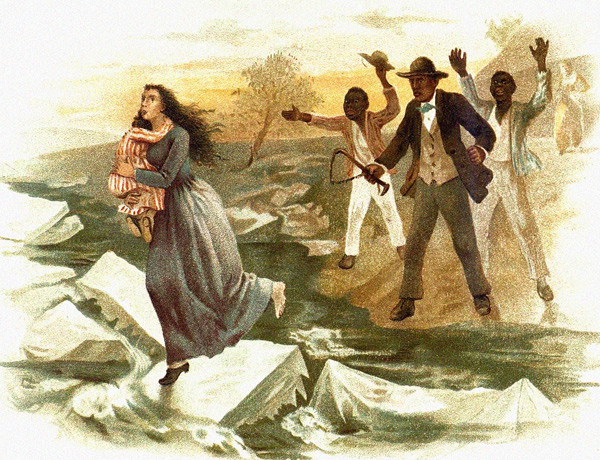 After all, a Southern confederacy, they argued, would possess two inestimable sources of strength. One was cotton. In Southern eyes, cotton was “king”: it controlled the destinies of Great Britain and much of Europe. If the South wished to, it could, by threatening to cut off the supply of cotton, bring ruin to the British economy and thus compel British intervention on the side of the Confederacy.

Still more important was the second asset: slavery. “It may be safely assumed,” wrote a contributor to De Bow’s Review, a popular Southern magazine, “that a population of twelve millions, one third of whom are slaves, are equal in time of war to a population of twenty millions without slaves.” Southerners believed that the northern social system was weak; it was prone to cycles of boom and bust and in times of crisis the social order itself would be jeopardized by the anger and resentment of its lower orders. The South, they believed, was a haven of peace and stability. 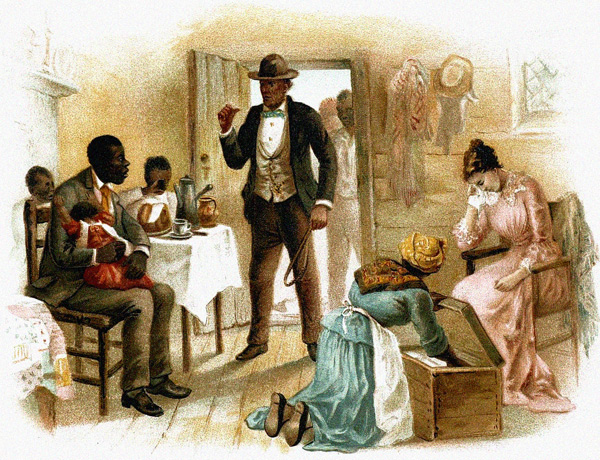 Here was irony indeed. The secessionists had it exactly the wrong way round. It was the Southern, not the Northern, social system that was fatally vulnerable to pressure from its subordinate classes. But Southerners utterly failed to see the threat presented to them by their own slaves, whose racial inferiority, they sincerely believed, made them ideally suited to enslavement. Since the 1950s and 1960s historians have understood that the slaves in reality longed for liberty. But until recently they have made the same error as Southerners (and Northerners) in assuming that this desire for freedom, and the resistance to slavery that flowed from it, played no part in the coming of the Civil War. In fact, as I have tried to show in my own published works, black resistance was a vital cause of the conflict between North and South. Furthermore, it was – and here we encounter the supreme irony – a vital cause of Southern defeat when that conflict erupted into violence.

Black resistance suffused the sectional conflict from the start. If the slaves had been truly contented in their enslavement, they would not have tried to escape. There would thus have been no political controversy over the fugitive slave issue, a controversy which provoked outrage in the North when Northerners were required to assist Southerners in recovering their “property.” (This outrage produced in 1852 history’s greatest work of antislavery propaganda: Harriet Beecher Stowe’s novel “Uncle Tom’s Cabin.”)

Moreover, Southerners, assuming blacks’ innate suitability for enslavement, misinterpreted black resistance when it did surface. According to Sen. Thomas Clingman of North Carolina, there was “in fact about as much reason to apprehend a general insurrection of the horses as of the slaves when left to themselves.” The slightest act of defiance, the slightest sign of unrest or even the potential for hostility were invariably attributed to outside influences, whether Northern abolitionists, Republicans like Abraham Lincoln or Southern “traitors.” The South’s vulnerability to pressure from either Northern antislavery groups or those few antislavery Southerners in reality stemmed from the slaves’ longing for freedom; the antislavery cause would have been doomed if the slaves had indeed been suited to slavery. But to this the secessionists were blind.

For this blindness the Southerners would pay the ultimate price during the war itself. In the final months of the conflict the Southern social order unravelled as, given the opportunity presented by the oncoming Union armies, the slaves fled by the tens of thousands. Slaveholders were genuinely astonished and dismayed. They even felt let down. They had already learned that war was not the wild improbability they had assumed. They had also learned that thimbles and pocket handkerchiefs would not be enough to dispose of the blood shed in such a war. Now they discovered that blacks were not nearly as content in their enslavement as they had supposed. 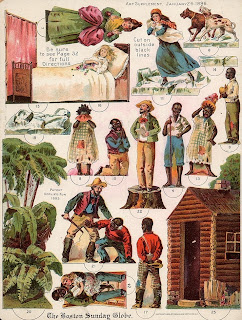 These errors were deeply rooted in the mind, and in the socio-political conditions, of the Old South. The South had prospered in the 1850s, like the North, and when a financial panic had struck in 1857 the South, unlike the North, had largely escaped its effects. No wonder they had proclaimed cotton “king.” In Europe the 1840s had seen extreme political turbulence in the form of revolution (across much of mainland Europe) and reformist agitation (in Great Britain). Though the United States escaped political disruption, Southerners at the time said the North was destined for social unrest, especially once the availability of free land ran out.

And, with slavery prospering as never before in the Old South, Southerners felt comfortable insisting that it was a “positive good” from which all, free and slave alike, had benefited. These were the errors upon which the Confederacy rose. They were also those for which it ultimately fell. (source: The New York Times)
Posted by Ron at 12:19 PM