From the Boston Globe, "One house, two histories in Medford: Years ago, a museum housed in a historic estate focused on its wealthy loyalist founder. Now it’s being recognized for bringing to life the history of slavery in Massachusetts," by Linda Matchan, on 3 September 2013 -- MEDFORD — It was more than 25 years ago, but museum educator Peter Gittleman still remembers vividly the first time he visited the Royall House and Slave Quarters, an obscure historic house museum on George Street near Tufts University.

During the mid-1700s, the property — a mansion, slave quarters, and the remnants of a 500-acre estate — had been home to the Royall family, the largest slaveholding family in Massachusetts, and to the more than 60 Africans they’d enslaved. It’s thought to be the only surviving freestanding slave quarters in the northern United States. 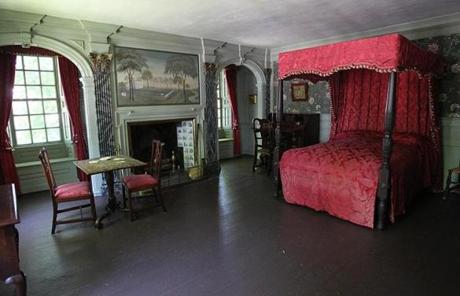 As Gittleman toured the house, “my jaw dropped,” he said. Not because of the powerful story it told about slavery in Massachusetts, where it was legalized earlier than in any other colony. But because the tour guide ignored the story of the slaves.

“It was heavily a story about the furniture,” said Gittleman, who was 24 at the time. “It was about a man named Isaac Royall who started poor, made his fortune in Antigua, came back to New England where his roots were, built this great house, and became one of the wealthiest men in New England.”

Struck by the unrealized potential of this “remarkable survivor” of a museum, Gittleman promptly joined the board of the museum, and has never left. (He is now its co-president; he works for Historic New England.) 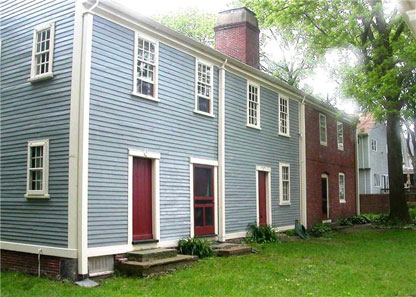 Working with a board member named Julia Royall — an eighth generation descendant of Isaac Royall — he began the cumbersome process of refashioning the 105-year-old museum from “just another rich person’s house,” as Julia Royall puts it, to a historical house that tells the intertwined stories of wealth and bondage in New England, and enables the voices of the enslaved to be heard.

Slowly, the board of directors was reshaped and the museum’s mission statement rewritten, shifting from one that was focused on the lives and wealth of the Royall family to one that explored the meaning of freedom “in the context of a household of wealthy Loyalists and enslaved Africans.”

An archeological dig was commissioned in 1999 in collaboration with Boston University. It discovered a wealth of household items used by the Royalls and their slaves, some of which are now exhibited in the museum. Museum staff — almost all volunteers — began to approach foundations and granting agencies for money to help bring the story of slavery to life. 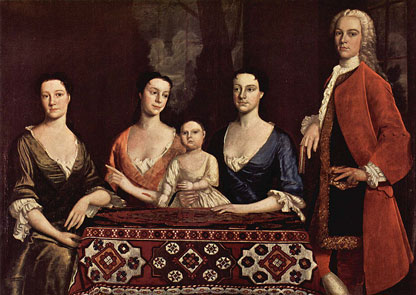 This summer has been a turning point. In June, the Royall House and Slave Quarters received the prestigious 2013 Massachusetts History Commendation from Mass Humanities. The museum also received a $100,000 grant from the Cummings Foundation to develop programs for elementary schoolchildren focused on Northern colonial slavery.

“This has been a story that was forgotten,” said Pleun Bouricius, assistant director of Mass Humanities. “How many 18th-century house museums are there? Many. There was a huge interest about two-thirds of the way into the 20th century in preserving these houses. But the study of history has changed. The way we think about society has changed. And it’s become really important to tell the stories of many more people, to show what the economy floated on, who did the work.”

The Royall House takes its name from the ostentatiously wealthy Isaac Royall Sr., who grew up in Dorchester then went to Antigua where he established a sugar cane plantation and traded in sugar, rum, and slaves.

He came back to New England in 1737 with more than two dozen slaves, and trumpeted his nouveau riche status by purchasing a 500-acre estate in Medford with impressive lineage: The property had once been owned by Governor John Winthrop. Here, on the banks of the Mystic River, he built the Colonial version of a McMansion.

It’s an immense three-story Georgian residence with two completely different facades. One, mimicking English architecture, was meant to be appreciated by visitors approaching by river; the other was apparently designed to impress those entering the estate by carriage. (It had a more modern look, fabricated of wood that was carved and rusticated to look like stone.)

The lavish interior of the house was adorned with intricate wood carving; the so-called “Marble Chamber” has wooden pilasters “pretending to be something else, in this case marble,” said Gracelaw Simmons, a board member and tour guide.

But just 35 feet away stands a grim reminder of the other face of the Royall family story — a two-story, nearly windowless clapboard structure that, over time, would house at least 60 slaves who made the Royalls’ extravagant lifestyle possible.

Isaac Sr. didn’t experience the house for long. He died two years after he moved in, and left the estate to his son, Isaac Jr., a loyalist who ended up fleeing to England during the Revolutionary War and dying of smallpox in 1781. The house passed through different hands until 1908 when the Royall House Association purchased the property.

But for many years it was slaves who did it all — running the household, caring for animals, dairying, butchering, tending gardens, preserving food, managing crops, pressing cider, feeding and clothing the whole family.

All this for no pay and the most spartan of lives. A 1739 probate inventory describes the slaves’ sleeping arrangements as “negro beds and bedding.” Account books for Isaac Sr. show that while he was purchasing an expensive “natural curled wigg” for his son, along with silk and mohair fabric, the “Negros” were consigned to wearing garments fashioned from cheap and rough linen slave cloth.

Much of the power and the drama of the museum lies in this contrast. “We call it bounty and bondage,” said Simmons. “You see most dramatically how closely the two resident populations lived with each other,” Simons said. “An elegant bedroom for the Royalls was across the hall from a storage room that enslaved people slept in.” 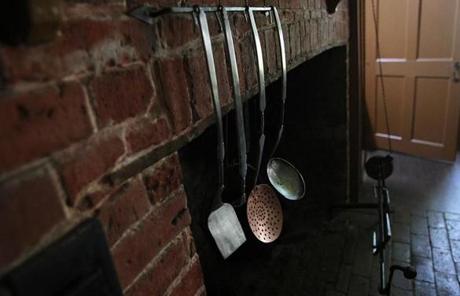 The Royall House and Slave Quarters is not the only area museum telling the story of enslavement in New England. “We are part of a broader movement,” said Tom Lincoln, the museum’s executive director and its only paid staff member. Newton’s Jackson Homestead and Museum has mounted an exhibit called “Confronting Our Legacy: Slavery & Antislavery in the North.” It illustrates, with surprising specificity, the extent of slavery in Massachusetts: We learn that in 1752, nearly 1,000 slaves lived in Boston.

In 1755, there were 4,500 enslaved Africans and Afro-Indians in Massachusetts, representing 2.2 percent of the population, according to Joanna Pope Melish, a historian at the University of Kentucky and author of “Disowning Slavery: Gradual Emancipation and ‘Race’ in New England, 1780-1860.”

Many slaves were clustered in port cities; others on farms or in small towns. “They were doing the productive labor to assist or take the place of white men in the household who were lawyers, doctors, ministers,” she said. “They were loading the boats, doing fine carpentry, farm labor, working in the rum trade distilleries, the candle factories, in agriculture.” 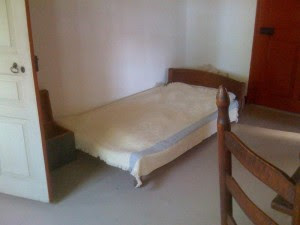 And yet, she believes there’s still a kind of “amnesia” in New England about the fact that slavery ever existed here. “It’s very disheartening,” she said. “I’ve been giving public talks about New England slavery since 1994 and every time, three or four people come up to me, and God knows how many don’t come up, and say, ‘I never knew about this.’ ”

Penny Outlaw, co-president of the Royall House, believes that the museum will soon help this change. “We’ve been getting the word out and it’s working,” she said. “More of our visitors are coming from out of state. We’ve even had people from out of the country. But we also get people from two blocks away who are coming for the first time.” (source; the Boston Globe)
Posted by Ron at 12:04 PM