The Good Darky of Louisiana. Erected by the City of Natchitoches in Grateful Recognition of the Arduous and Faithful Service of the Good Darkies of Louisiana

From the Digital Journal, "'Darky' Statue Rekindles Racial Tensions in Louisiana," by Carol Forsloff, on 14 November 2009  --  "What is it that they want now?" is the question white people ask when African Americans complain. An episode now in Natchitoches, Louisiana gives lessons about what happens when problems remain unresolved for years.

Years ago a family erected a statue in memory of a beloved friend. That friend was a servant they called Uncle Jack. His death had left such sadness with the family, they wanted to remember old Jack's contributions to their lives and to the community. The statue was built and put in the town square of Natchitoches, Louisiana.

Uncle Jack was African American. The statue showed him dressed finely, bowing slightly from the waist while doffing his hat as if to bid welcome or to show deep consideration. For years it stood in the town square, until the 1960's when civil rights groups raised concerns about its representation of "the old darky" as a subordinate, which they believed created a negative image of African Americans. The statue was soon taken down, then eventually put in Baton Rouge where it has remained since. Over the years, according to Carolyn Harrington, recently retired from the town's historical museum, African Americans would inquire about the statue, wondering if it might not be returned and placed in an African American museum in Natchitoches so all people could understand the reference to a time when people of color were treated as subordinates and acted accordingly. White people, for the most part, had wondered why the statue had been taken down in the first place.

In the past few weeks, to the present time, the statue has again become part of new discussions about race, the statue, and the concerns of the African American community. The City Council approved a gesture to return the statue to Natchitoches as the Smithsonian considered it so valuable an artifact it had requested it for display in the Washington DC area. In response to that an overture was sought for the statue's return. One of the two African Americans on the city council voted with the majority in favor of the statue's becoming part of the Natchitoches area again.

All seemed well at first until the message went out that the statue was being returned to again occupy an area in the town square. 75 protestors descended on city hall just days ago to state their case against the return of the statue. The African American who had voted in favor of its return, Sylvia Morrow, in the meantime asked to rescind her original vote. 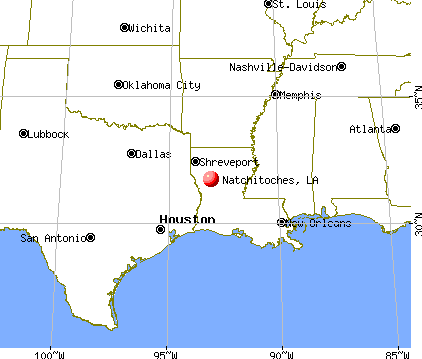 The Council's decision, however, was explained as an effort to bring back the statue because of its historical significance and not as an emblem of a time when deference was the requirement for people of color in the economic and social life of the town. Nevertheless, hard feelings were expressed on both sides over the matter, as the background brings back memories both good and bad for the people of the town.

Carolyn Harrington saw the move as purely an interest in historical preservation as both blacks and whites had been interested in the statue's return. But Ophelia Sumars, who had not been part of the visible protest against the statue, said that the fracas certainly represents a number of festering issues reflecting the matter of race to continue to plague discussions in the town.

Ophelia Dumars is a slow-talking woman, known for her patience and good nature. She raised her family in Natchitoches so that all finished college. Her son, Joe Dumars, played with the Detroit Pistons and is in upper management with the team. She has been heavily involved in community affairs, her family and her church for her entire life in Natchitoches. She is not, by most accounts of members of white and black communities, a rabble-rouser nor a woman who looks for people to blame. In other words, her friends know her as someone who takes responsbilty for herself and for others. This is what she thinks this type of incident points out concerning the black-white issues in Natchitoches and other areas of the country where there is a clash of opinion and misunderstanding on matters like these.

Dumars states one should look at patterns, history and other behaviors to understand the core issues. She said, "I think it would be good to have the statue in Natchitoches but in a museum where both black and white people could recognize its place in the history of the area and its meanings for different people. The problem is the African American community has been promised an African American museum for 20 years, and nothing has come of it. Perhaps the march was a way to allow people to be heard. It might be able to wake people up." Dumars went on to say that a "darky" doffing his hat brings back bad memories to seniors in the town because in their lifetime they were told to get off the street when a white woman passed by. They were to bow in defference to their superiors at every call, just as Uncle Jack had done, Dumars went on to explain. "My deceased husband always remembered how he was told to get off the street when a white woman passed by. Those are the kinds of things that hurt."
Dumars continued by talking about how the white community builds structures, roads and special places in the white community while promising the black community to do similarly, which never happens. She said, "People would like to see (them) finish what they start in the black community. She also stressed that the negative building seems to occur principally in the black community. "Whyt is it," she asked, "that the train runs through the black community, requiring people to wait for long periods to cross over the streets and to have the noise and pollution next to their homes.?" Dumars related at some length the issue of a subdivision built principally in the black community where there is only one way in and one way out. She mentioned further that the waste management company was put behind a black church and trailers allowed right across from houses in the black community while they are disallowed within most areas of the city otherwise.

Problems related to the city taking responsibility for providing equal services in the black community have continued for many years, according to Dumars. She continues to ask, "Why do they do that?"

The answer to the question, "what do they want" in Natchitoches, Louisiana is, according to Dumars, equitable treatment, fairness and keeping promises. Other communities have answers of their own, but Natchitoches, Louisiana has the questions posed again over the matter of a historical artifact and what happens to it will provide information about how the answers to some of the questions might be addressed. At least that's what Dumars believes, while both she and Harrington hope for the best resolution possible.  (source:  http://digitaljournal.com/article/282161#ixzz2XSBU9ubO)
Posted by Ron at 2:29 PM