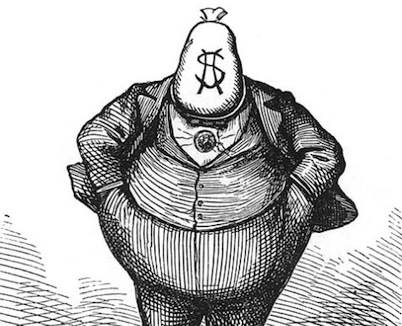 The Gilded Age politics that follow the Civil War, offer a more complex view of the political landscape of money, race, and class.

This post isn't meant to be a "stand alone post," rather a continuing discussion that is accompanied by several posts demonstrating how disenfranchisement, voter suppression, and class division of the post-Civil War shaped the political landscape of the USA. Make no mistakes, I am NOT a supporter of Pitchfork Ben Tillman, he was a racist, evil, political bully, but even a broke clock can be right at least for 1 minute.

The post-Reconstruction Progressive Movement race-baited to gain power -- some searing examples are Woodrow Wilson, Tom Watson, Ben Tillman, the Red Shirts, the KKK, the Knights of the White Camilla, the list just goes on and on and on. That being said, by 1907, the black vote in the south did not exist.

By the turn of the century, black southerners were living by the Dred Scott Decision: "A black man had no rights that the white man was bound to respect." That was the law of the land in the USA until the mid 1960's. The Constitution of the USA did NOT APPLY to black citizens, period. Therefore, the campaign reforms of the Gilded Age were NEVER about race -- race was a NON-FACTOR. The ONLY votes were cast by white men -- no other race, no other gender. Just white men.

Now, given that just white men were the southern voters, what was their REAL PROBLEM. Blacks are easily scapegoated, but with a population with absolutely zero power, who was REALLY causing your pain and misery...one white man, one white male vote. But, some white men's votes counted more, because they had money.

The Campaign Finance Reform of 1907 was designed to limit the political payoffs, quid-pro-quo, bribery, graft, and other political-payola machinery. Justice Thomas hasn't done his homework. -- Ron Edwards, US Slave Blog 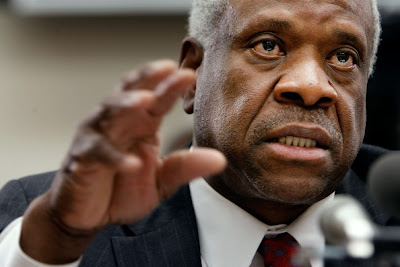 “Go back and read why Tillman introduced that legislation. Tillman was from South Carolina, and as I hear the story he was concerned that the corporations, Republican corporations, were favorable toward blacks and he felt that there was a need to regulate them.”

That made us decide it might be a timely moment to recirculate our post from 2006 on “Ben Tillman, Forgotten Founding Father of Reform.”

Ben Tillman: Forgotten Founding Father of “Reform”, Originally published December 1, 2006:
The Tillman Act, the first federal campaign finance law, turns 100 next year. The anticipation is already building. For years, reformers have eagerly cloaked their endeavours in the mantle of Teddy Roosevelt and – for the erudite – Elihu Root. But Ben Tillman – well, Ben Tillman is one they’d like to forget. In a soon-to-be forthcoming post, we’ll talk a bit about the continued viability of the Tillman Act. But first, if for no other reason than because we enjoy a less theoretical post on Friday, let’s take a quick look at Ben Tillman, the Founding Father of “Reform” that self-styled reformers prefer to forget.

The Tillman Act, passed in 1907, banned corporate contributions in federal political races. The Act is named for Senator Benjamin Ryan “Pitchfork Ben” Tillman (1847-1918) (D- SC), one of the most despicable men ever to serve in the U.S. Senate and a man who, it can fairly be said, did more to put in place the Jim Crow system in the South than any other single person. As a young man coming of age in the post-War South, Tillman was a leader of the “Red Shirts,” a terrorist paramilitary group organized to attack and intimidate Republicans and blacks. In 1876, the Red Shirts’ campaign of murder, violence, and fraud led to the defeat of South Carolina’s integrated reconstruction Republican government. Arguing that, “The negro must remain subordinated or be exterminated,” Tillman openly called for the murder of blacks in order to, ”keep the white race at the top of the heap.” Tillman was elected South Carolina Governor in 1890, and created South Carolina’s first literacy test for voters, as well as promoting various property and educational requirements for voting. While in office, he once pledged to personally “lead a mob in lynching a negro.” After all, “the negro,” he claimed, was “a fiend in human form.” For his services, South Carolina sent him to the U.S. Senate, where he served from 1895 until his death in 1918. 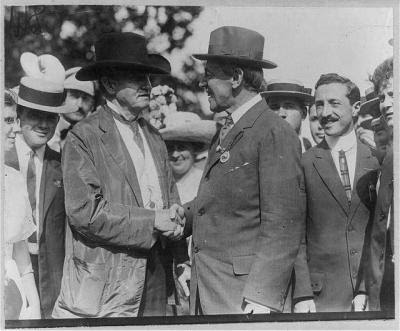 For Tillman, though, it was not enough to be the primary architect of Jim Crow in South Carolina. Tillman spoke far and wide around the South, urging the suppression of blacks. He went to North Carolina 1898 to aide in the violent overthrow of the racially tolerant city government of Wilmington. Responding to an editorial by the mixed-race editor of the Wilmington Record, Tillman taunted, “Why don’t you lynch the n****r editor…? Send him to South Carolina, let him publish such offensive stuff, and he will be killed.”

Tillman was offensive in many ways beyond his attitudes on race and voting rights – for example, in 1902 the Senate censured Tillman for assaulting Senator John McLauren on the Senate floor. But it was race where he made his mark. Does all this have anything to do with the substance of what may be Tillman’s most enduring legacy, the Tillman Act? Not in any obvious way, although the Tillman Act aimed to cut the power of northern industrialists, whom Tillman hated in part because of their more liberal attitudes on race. But we don’t see why the so-called “reform” community, which relies heavily on smear tactics and vague accusations of corruption in its own campaigns, should be able to claim Teddy Roosevelt and Elihu Root as its godfathers, but ignore its other founding father, Ben Tillman. (Tillman had his good side, after all – he was instrumental in founding Clemson and Winthrop Universities). Besides, it’s not really clear why Elihu Root’s musings on the role of contributions, in amounts exceeding $1 million in inflation adjusted dollars, are terribly relevant to the justification of the complete ban on corporate political contributions, either. While race was at the core of Tillman’s political philosophy, we don’t think for a minute that race motivates today’s denisons of reform. We are sure that they find Tillman as disgusting as we do – which is why he’s the “founding father of reform” who never gets mentioned. Wouldn’t want to tarnish the good guy image. But there is another part of Tillman’s philosophy that is directly relevant to efforts to regulate political speech today. Nearing the end of his career, Tillman commented in 1916, “I have come to doubt that the masses of the people have sense enough to govern themselves.” As we have often noted, and will explore in other posts about the Tillman Act, today’s reformers, with their restrictions on campaign giving and spending, largely share this distrust in the ability of the electorate to discern good arguments from bad and to vote for the policies they prefer. And because they don’t trust the electorate to make good decisions, today’s “reformers” feel compelled to try to shape the opinions people can hear, to gently guide the “masses” to the proper conclusions. Ben Tillman may be forgotten – sorry Ben, you’re just not presentable enough any more to be the spokesman for the cause - but his distrust of the citizenry lives on. (source: Campaign Freedom)
Posted by Ron at 5:51 PM