From Slavery in the North -- African slaves were noted in New Hampshire by 1645. They concentrated in the area around Portsmouth. Furthermore, as one of the few colonies that did not impose a tariff on slaves, New Hampshire became a base for slaves to be imported into America then smuggled into other colonies. Every census up to the Revolution showed an increase in black population, though they remained proportionally fewer than in most other New England colonies.

As across the North, wartime attrition destroyed slavery as a viable economic institution. Between 1773 and 1786, the number of New Hampshire slaves fell from 674 to 46. Many obtained freedom by running away to the British in Boston, others by serving in the Continental Army. Desperate to fill its regiments, New Hampshire had offered bounties to slaveholders who manumitted black recruits.

The rhetoric of Revolution and liberty was felt here, too, but the practical effect was often wanting. In 1779, Prince Whipple, a slave of a New Hampshire Continental Army officer, and 18 other blacks sent a petition to the legislature seeking emancipation. They used Revolutionary rhetoric, and wrote that slavery was incompatible with "justice, humanity, and the rights of mankind," but the petition was ignored.

The 1783 state constitution declared "all men are born equal and independent," with natural rights, "among which are enjoying and defending life and liberty." This was very close to the language that led, via the courts, to the end of slavery in Massachusetts. But there are no judicial records from New Hampshire to indicate that this was construed there as ending slavery. Many clearly felt it did, but whether for all slaves, or only to children of slaves born after 1783, is not clear. 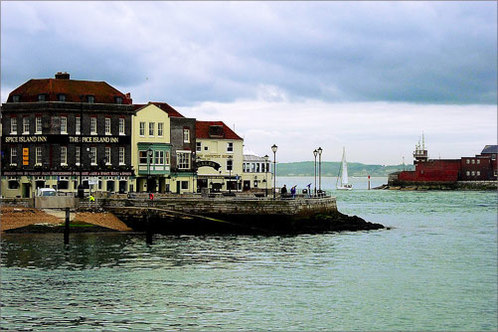 A commonly accepted date for the end of slavery in New Hampshire is 1857, when an act was passed stating that "No person, because of decent, should be disqualified from becoming a citizen of the state." The act is interpreted as prohibiting slavery. By a strict interpretation, however, slavery was outlawed only on Dec. 6, 1865, when the 13th amendment went into effect. (Ratified by New Hampshire July 1, 1865.) [Slavery in the North ]

But when abolitionists pressed their agenda, or when the mere possibility of a black in-migration arose, the people could act as decisively as those in Ohio or Indiana.

In March 1835, for instance, a group of 28 white and 14 black students sat down to begin classes at the newly founded Noyes Academy, a private school in Caanan, N.H. The school was a pet project of New England abolitionists, who figured prominently on its board. They admitted qualified students, regardless of race, and they made it an item of the school's policy, as outlined in its prospectus, "to afford colored youth a fair opportunity to show that they are capable, equally with the whites, of improving themselves in every scientific attainment, every social virtue, and every Christian ornament."

The black students seem to have been drawn largely from New York City (they rode up in segregated steamboats), and the roster features several names that went on to prominence in the civil rights struggles. But, though the abolitionists had written glowingly of the little town's acceptance of this social experiment, the citizens of Canaan called a meeting and declared that they did not accept it at all, that they were more than four-fifths opposed the academy, and that they were "determined to take effectual measures to remove it." 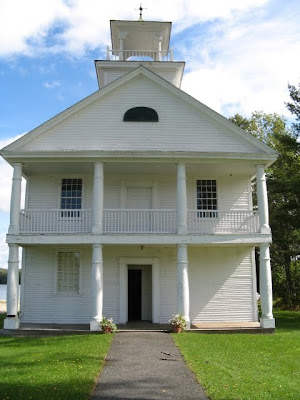 On the Fourth of July, 1835, a mob approached the building, but they dispersed when confronted by a local magistrate. But later that month, the Town Meeting appointed a committee to do away with the school in "the interest of the town, the honor of the State, and the good of the whole community (both black and white)."

The committee accomplished its work on Aug. 10. It rounded up men from neighboring towns and nearly 100 yoke of oxen, and they pulled the school building off its foundation and dragged it to the town common, beside the Baptist meeting house, where it could be prevented from being used as intended. When the job was done, the committee met briefly to condemn abolitionism, praise the Constitution, and invoke the memories of the patriots of '76. "So ended the day," the "Concord Patriot" wrote, "joyful to the friend of his country, but sorrowful to the Abolitionists." Early in 1839, a fire of unreported origin destroyed the former school building.

Speaking in Congress, New Hampshire Sen. Isaac Hill defended the citizens, saying their goal had been to thwart the abolitionist scheme to mingle the children of the two races. But rumors around the town before the decisive action centered on fear of an influx of blacks, and visions of ramshackle huts full of fugitive slaves lining the streets of Canaan, of town tax rates driven sky high by black paupers and good citizens subject to public nuisances. [Slavery in the North ]

James DeWolfe-Perry will be joined by Reverend Lauren Smith of Portsmouth's South Church, and University of New Hampshire Professors Jeffrey Bolster and David Watters in a panel discussion of questions raised in the film about the Atlantic slave trade as a cornerstone of Northern commercial life, how it drove the economy of many port cities including those of the Seacoast region, and the relevance of this history today.

Dr. Kathleen Wheeler of Independent Archeological Consultants will complete the program by describing her team’s discoveries at the African Burying Ground on Chestnut Street after it was accidentally exposed during a public works project in 2003.