Philip Livingston, Second Lord of Livingston Manor, New York, donated 28 pounds sterling to Yale in 1745 "as a small acknowledgement of the sense I have had for the favour and Education my sons have had there" ... The donation was used in 1756 by President Thomas Clap to establish the Livingstonian Professorship of Divinity, the first endowed professorship at Yale.(6)

Col. Philip Livingston was a slave trader. He became the Second Lord of Livingston Manor after his father, Robert, died in 1728 (7). Robert Livingston had made his fortune through trade, and one of his earliest investments had been, in 1690, his purchase of "a half-interest in the Margriet, a vessel that journeyed to Madagascar, Barbados, and Virginia to trade in slaves, sugar, and tobacco" (8). When Robert died, Philip Livingston inherited six of the twelve slaves listed in his father's will (9). Philip Livingston became the heir not only of the Manor, but also of the family business:

The importation of slaves was an attractive sideline to Robert's son Philip and grandson Robert, Jr. Philip was a leading importer of slaves from Jamaica and Antigua during the 1730s. He was part owner of a number of vessels, some of which were owned in partnership with his sons ... In August 1733, Philip's sloop Katherine brought in fifty blacks from Jamaica, an unusually large shipment from that source. (10)

Philip's extensive trade with the West Indies led to his involvement in the African slave trade. In the 1730s and 1740s, he was one of New York's leading importers of slave labor from the sugar islands, and also one of few New Yorkers who imported slaves directly from Africa before the abolition of the Spanish Asiento in 1748. In 1738, Philip bought a one-third share in a voyage to Guinea, where two hundred slaves were purchased and consigned to his son Peter Van Brugh Livingston and his partner in Jamaica. New York's direct trade with Africa grew significantly after 1748, and the Livingstons continued to be among the colony's leading Africa traders. (11) 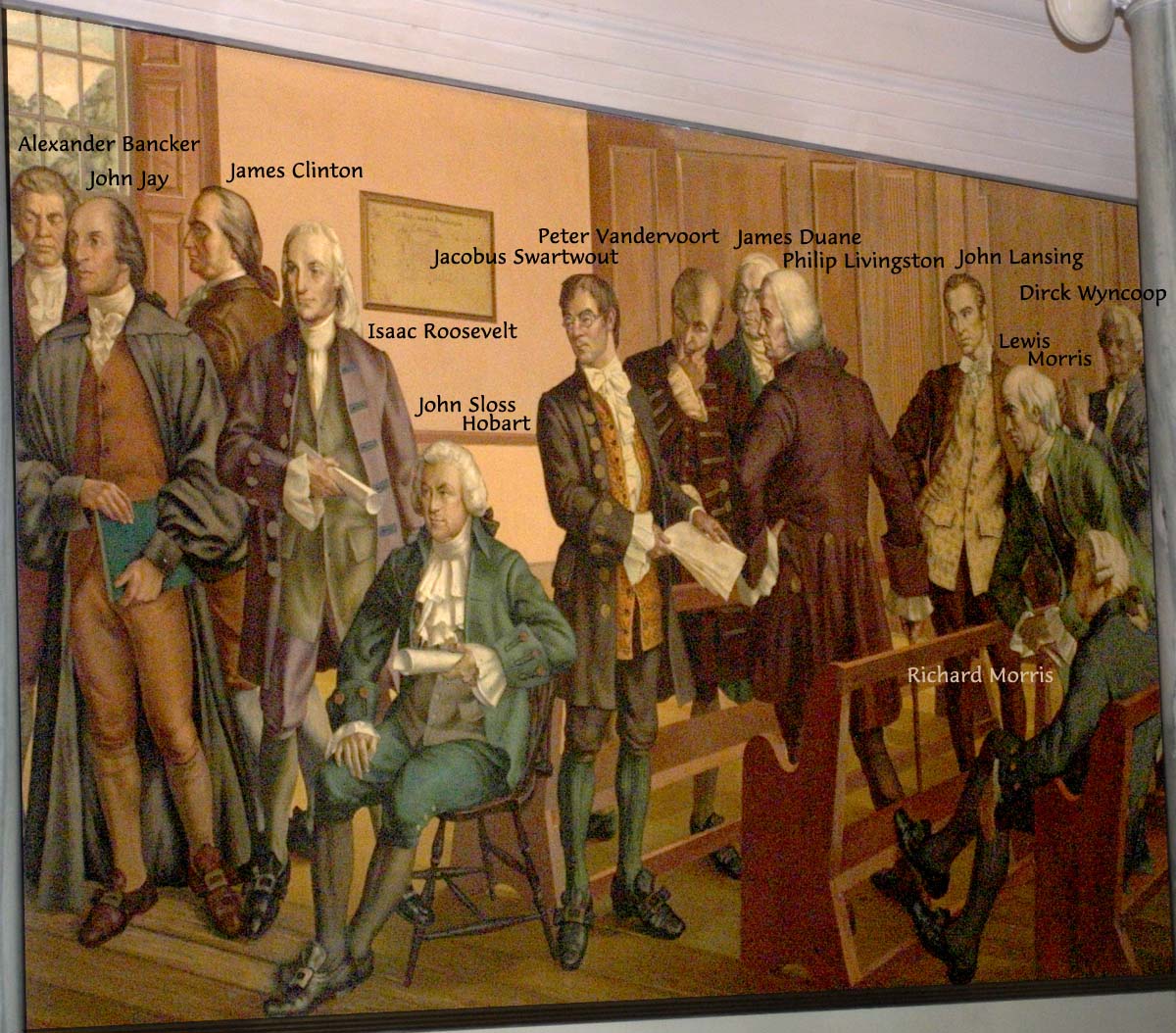 Philip Livingston was one of New York's most prominent slave traders:


Only two men, Nathaniel Marston and Philip Livingston, invested in as many as four slave ships ... Philip Livingston was a large importer from West Indian sources in the 1730s and 1740s, and after King George's War joined with his sons to invest in four African slavers ... Livingston, third ranking importer in the NORNY records, brought in 219 West Indian blacks. With his sons he owned shares in the slavers Wolf, Rhode Island, Stork, and Sarah and Elizabeth during the early 1750s. (12)

A letter from one of Philip Livingston's sons to Petrus DeWitt, a merchant on the Livingston Manor, describes one of these voyages: "We have, thank God, had the good fortune of having one of our Guinea sloops come in, tho after a long passage of 79 days in which time they bumped 37 slaves and since 3 more & 2 more likely to die, which is an accident not to be helped ... We have now about 80 well slaves, 44 ounces of Gold and goods of Elephant's tooth ...." (13)

Philip Livingston's generous donation to Yale College occurred at the height of his involvement in the slave trade. Hence, profits from the slave trade funded the endowment of Yale's first professorship. In addition to naming the first endowed professor's chair after Livingston, Yale also named a prominent gateway in Branford College the "Livingston Gateway." [source: YALE UNIVERSITY]