Punishment of a Negro in Richmond, Virginia, 1865 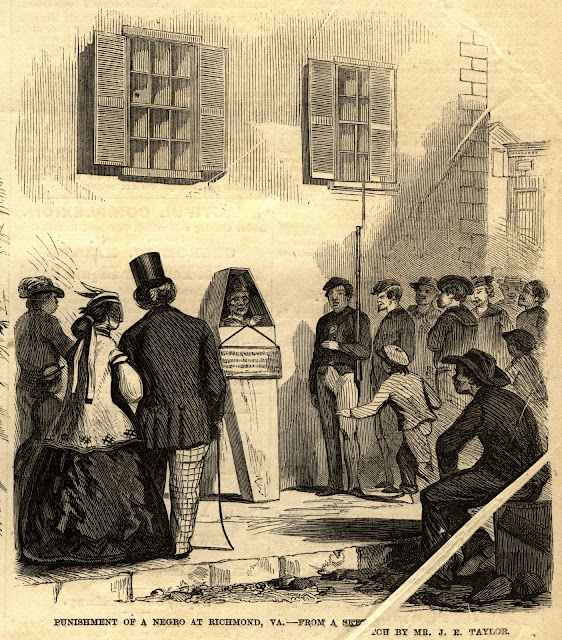 Punishment of a Negro in Richmond, Virginia


"Punishment of a Negro at Richmond, VA.," and New Market, Corner of Market and Sixth Street, Richmond, VA, Frank Leslie's Illustrated Newspaper, August 10, 1865 --  While one of our Artists was in Richmond, about a month ago, he witnessed a very comical and coffinly proceeding which was intended to punish a negro, who had stabbed a Federal soldier.  As there was some doubt whether the accused had not been provoked beyond the average range of humanity, the authorities resolved to take a lenient view of the matter, and frighten rather than kill him.  He was therefore informed that he was to be shot in his coffin.  He was consequently, put in one of those dreaded cases, space being left for the face, so that he might be let free to breathe the air of heaven.  He was then placed up for the people to gaze on; after a time been thoroughly frightened into virtue, as Rabelais would say, he was released -- a better and wiser man, let us hope. 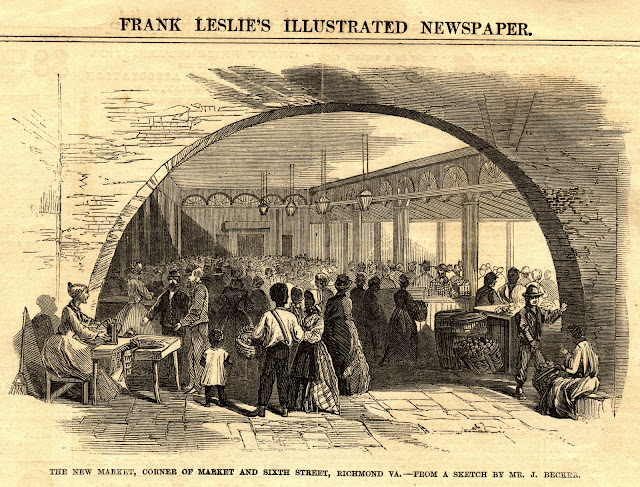