As reported in the West Virginia Gazette, "W.Va. historian to talk on pre-Civil War slave economy," by Douglas Imbrogno, on 9 April 2013 -- CHARLESTON, W.Va. -- Ending slavery was a moral question that haunted early American history, but it was one inextricably tangled up in economics.

While West Virginia was a state born in 1863 out of the tumult over slavery and the political disputes that erupted in the Civil War, slavery long had a toehold in the Kanawha Valley. Consider the salt mining industry in this area, a slave-powered enterprise from the 1820s onward, said Greg Carroll.

"Here in the Kanawha Valley, we had upwards of 2,000 slaves working in the salt industry," said Carroll, a retired historian with the state's Archives and History Section.

Yet slaves were not just a subjugated labor force, but a commodity often even more valuable to their owners as property chips to be sold into other slave economies.

"Here in West Virginia, for instance, before the Civil War, you can see in the state archives newspapers advertising slaves to be sold down the river. These slaves were being sold into the cotton and sugar-producing areas of mainly Louisiana, Texas and Arkansas," Carroll said.

Before he retired last October, Carroll was a Culture and History staff historian for 23 years, mostly focusing on American Indians, black Americans and Civil War history. He'll combine a couple of those specialties in the free talk "Slavery in Virginia: 1619-1860," at 6 p.m. Thursday in the Archives and History Library in the Culture Center.

He'll describe the different slave economies across North and South America and the missed opportunities for ending slavery in the lead-up to the Civil War.

Consider, for instance, the slaves who worked Caribbean sugar plantations or in the rice fields of the Carolinas. Yellow fever, malaria and other hazards kept slave owners away from their plantations, Carroll said.

Yet in the tobacco plantations and farms of Virginia and farther south, slave owners lived closely with their slaves -- sometimes very closely.

"That also led to a paternalism that we see in the way Virginia slave owners referred to their slaves as 'their people.' Slaves became very valuable as the tobacco crop became valuable," he said.

The result was a stronger slave and family culture, one that was not as Afrocentric as Caribbean and South American slave societies with their constant infusions of new slaves, Carroll said. Yet the proximity of owner to slave had other implications. 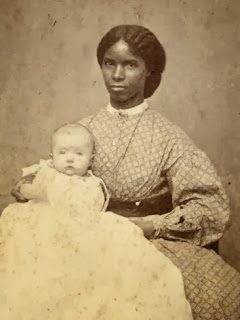 "White slave owners took sexual advantage of their female slaves," Carroll said. "That produced a very mixed-race people that we see in the Virginia and North Carolina and Maryland slave cultures -- a lot of mixed-race people."

For a country whose founding documents included a Bill of Rights and Declaration of Independence, the conundrum of slavery constantly intruded into American politics. The problem was that the South had staked all its political and economic bets on slaves, Carroll said.

"Think about how contradictory it is to have people talking about how all men are created equal and yet the southern colonies based their whole economic survival on slavery."

Yet the rise of a worldwide market for American cotton ensured that slavery was to become ever more a crutch upon which Southern power and wealth rested. It might have been different had the American South followed the lead of the rest of the world toward free labor, Carroll said.

"By 1860, almost the entire world was using free labor and the Southern states found themselves to be the only remaining slave societies, except for Brazil."

Objections to slavery took overt and covert forms. The most covert was the Underground Railroad, a blanket term for the secret trails and human networks for ferreting slaves to freedom out of slave states. The effort took place over a broad region, including the area that would become West Virginia.

Carroll said he hopes his talk will attract white and black audiences both, as he strives to serve a more complete picture of America's slave era than normally taught in schoolbooks.

"I hope that African-American people can get a chance to come and hear this speech. Black citizens of our state need to harness their own history more. They need to realize that at the state archives and in various state agencies there's a lot of family history and a lot of African-American cultural history there at their fingertips." (source:  the West Virginia Gazette)