As reported in the UK Guardian, "Britain's massive debt to slavery: Today the records that detail just how much the trade in humans benefited the UK will be made public, by Catherine Hall, on 26 February 2013 -- Forgetting the violence, pain and shame that is an inevitable part of any country's historical record is a critical aspect of a nation's history. This disavowal of the past is an active process: forgetting Mau Mau, for example, and the brutality of the British response to it was done deliberately by occluding the archival record; it was only revealed by the patient work of determined survivors and dedicated historians.

Forgetting Britain's role in the slave trade began as soon as the trade was abolished in 1807. The abolitionist Thomas Clarkson's celebrated history of the campaign to end slavery focused on the work of white humanitarian men and their role in building a successful movement. He neglected not only the activism of black and female abolitionists but also the horrors of the trade itself, which he knew intimately.

A similar process took place in relation to emancipation in 1833. As soon as chattel slavery was abolished in the British West Indies, Mauritius and the Cape, the British began to congratulate themselves on their generosity. Abolition was redefined as a demonstration of Britain's commitment to liberty and freedom, and its claim to be the most progressive and civilised nation in the world.

In the language of the day, abolition was to wash away the sins of the nation. Yet the freedom that was granted by the imperial parliament to enslaved men and women was a relative one. They were to be "apprenticed" for four to six years – to work unpaid on the plantations for their former masters – while they "learned to labour". It took five more years of resistance in the Caribbean and campaigning "at home" to achieve "full freedom" in 1838.

What is more, £20m (equivalent to 40% of state expenditure in 1834) was paid in compensation by the British government to the slave owners to secure their agreement to the loss of "their" property – despite the fact that the moral basis of the campaign against slavery was that it was wrong to hold property in people. The "value" of the enslaved was judged according to the levels of their skill and the productivity of the colonies where they lived. An enslaved man in British Guiana was thus worth more than one in Jamaica, where productivity had declined; and men were worth more than women. This was yet another moment in the commodification of human beings – not now sold in the slave market but their price determined by colonial officials and settled in government offices.

Detailed records were kept of all those who claimed for compensation and those archives, never systematically studied before, throw new light on how the slavery business contributed in significant ways to Britain becoming the first industrial nation. Today, the encyclopedia that we have created using these archives goes online with free public access. It records the 46,000 individual claims which were made for compensation together with the information we have collected on the 3,000 or so Britons who lived in Britain but had property in people. These men and women (and there were a considerable number of women who lived off slave-ownership) were anxious that their identities as slave owners be forgotten. And until now they had been very successful. 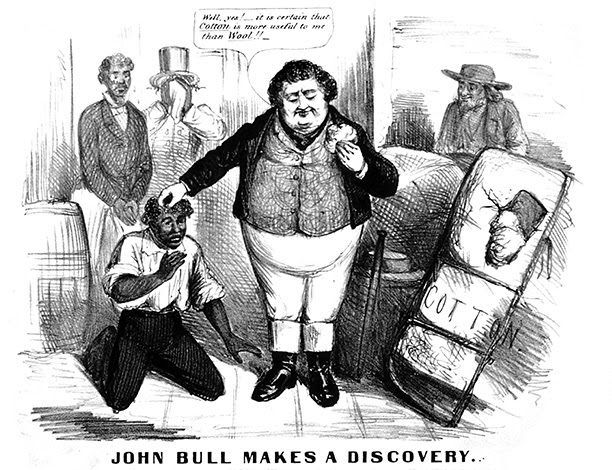 Some of the direct descendants of slave owners are well-known: George Orwell, Graham Greene and Quintin Hogg – not to speak of the banks and legal firms built on slavery's profits. In focusing on slave owners, our purpose is not to name and shame. We seek to undo the forgetting: to re-remember, as Toni Morrison put it; to recognise the ways in which the fruits of slavery are part of our collective history – embedded in our country and town houses, the philanthropic institutions, the art collections, the merchant banks and legal firms, the railways, and the ways we continue to think about race. Slave owners were actively involved in reconfiguring race after slavery, popularising new legitimations for inequality that remain part of the legacy of Britain's colonial past. Captain Marryat, the son of a leading slave owner, and one of the most popular writers of naval fiction and children's stories, systematically racialised "others", creating hierarchies in which white Anglo Saxons were always at the top.

Across the Caribbean a movement is building for forms of restitution for the gross inequalities and underdevelopment that have persisted since the days of slavery. Their focus is on the state and governmental responsibility. In demonstrating Britain's debt to slavery, one of the ways in which modern Britain has benefited from and been disfigured by its colonial past, we hope we are contributing to a richer, more honest understanding of the connected histories of empire than is to be found in the parochialism and obsfuscations of Michael Gove's "island story".  (source: UK Guardian)