Drapetomania: The Pathological Quest for Freedom 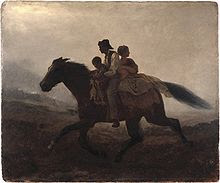 In May, 1851, Dr. Samuel A. Cartwright, a Louisiana physician, published a paper entitled, "Report On The Diseases and Physical Peculiarities Of The Negro race." The paper appeared in The New Orleans Medical and Surgical Journal, a reputable scholarly publication. Cartwright claimed to have discovered two new diseases peculiar to Blacks that he believed justified enslavement as a therapeutic necessity for the slaves and as a medical and moral responsibility for their White masters. He claimed that Blacks who fled slavery suffered from drapetomania. In his words: 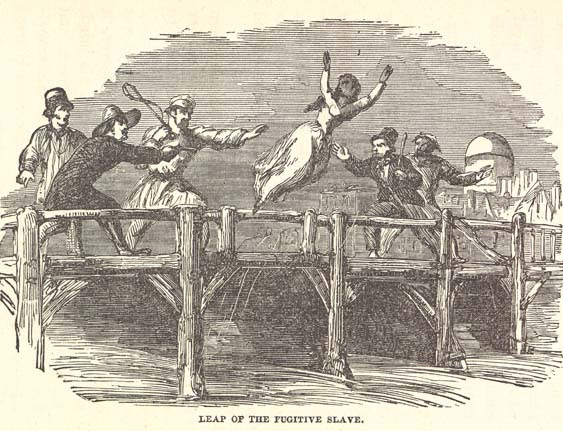 "Drapetomania is from draptise. A runaway slave is mania mad or crazy. It is unknown to our medical authorities, although its diagnostic symptoms be absconding from service, is well known to our planters and overseers. In noticing a disease that, therefore, is hitherto classed among the long list of maladies that man is subject to, it was necessary to have a new term to express it. The cause in most cases that induces the Negro to run away from service is as much a disease of the mind as any other species of mental alienation, and much more curable as a general rule. With the advantages of proper medical advice strictly followed, this troublesome practice that many Negroes have of running away can be almost entirely prevented, although the slaves are located on the borders of a free state within a stone's throw of abolitionists." 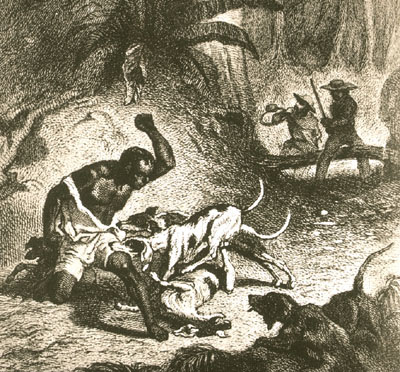 Fugitive Slave Attacked by Dogs, 19th cent. (?),Isabelle Aguet, A Pictorial History of the Slave Trade (Geneva, Editions Minerva, 1971), plate 117 p.110; original source not identified, Image reference NW0200, as shown on www.slaveryimages.org, compiled by Jerome Handler and Michael Tuite, and sponsored by the Virginia Foundation for the Humanities and the University of Virginia Library. 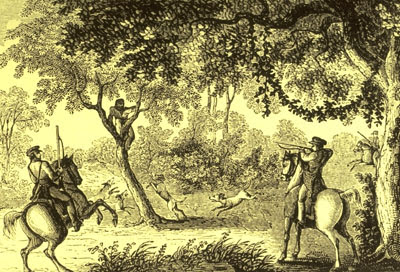 Fugitive Slaves and Bloodhounds, U.S. South, 1850s’, Anon., The Suppressed Book About Slavery! Prepared for Publication in 1857 (New York, 1864), facing p. 241. Image Reference, NW0198, , as shown on www.slaveryimages.org, compiled by Jerome Handler and Michael Tuite, and sponsored by the Virginia Foundation for the Humanities and the University of Virginia Library.

It was common in the 1840s and 1850s for proslavery advocates to claim that Blacks benefited from being enslaved to Whites. For Cartwright, and other proslavery defenders, any Black slave who tried to escape must be "crazy." The "uncontrollable urge" to run away was a symptom of the mental disorder. Later, Cartwright would argue that drapetomania could be prevented by "beating the devil out of them." Amputation of the toes was also suggested. 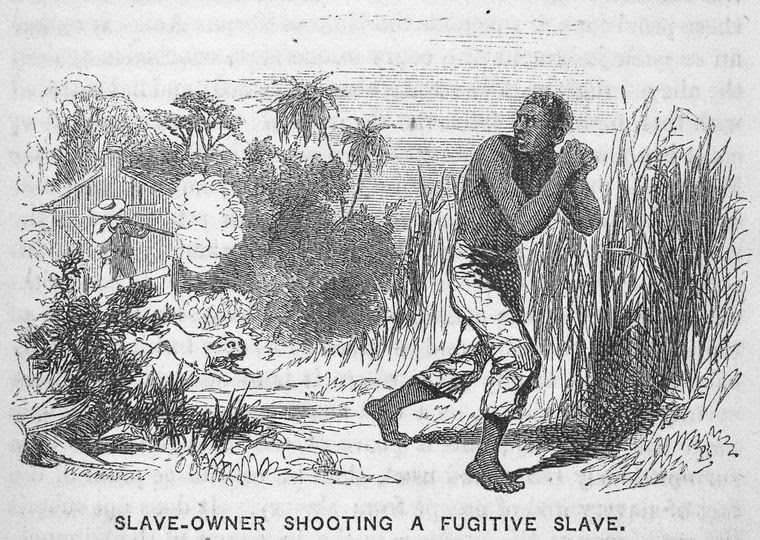 Cartwright also described another mental disorder, Dysaethesia Aethiopica, to explain the apparent lack of work ethic exhibited by many slaves. The diagnosable symptoms included disobedience, insolence, and refusing to work -- and physical lesions. What treatment did Cartwright suggest? "Put the patient to some hard kind of work in the open air and sunshine," under the watchful eye of a White man. 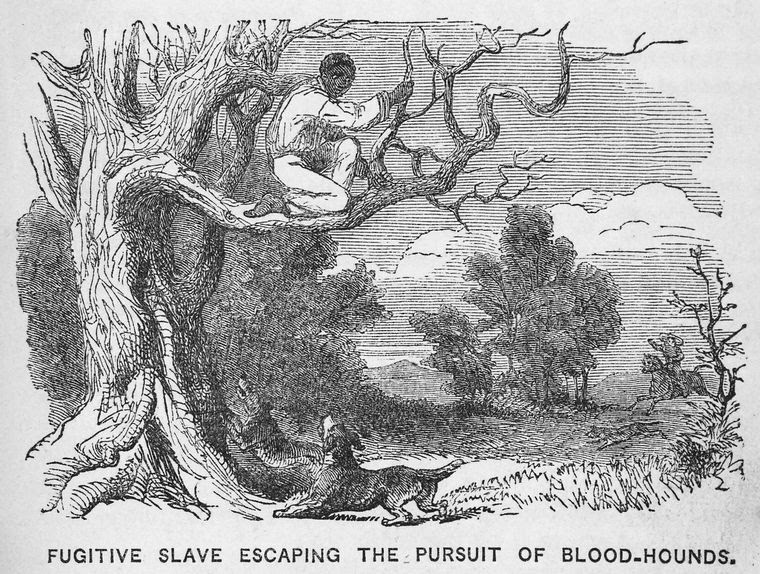 What is my opinion of Drapetomania and Dysaethesia Aethiopica? They were examples of scientific racism: racist propaganda masquerading as objective scientific inquiry. The desire for freedom is not pathology; the unwillingness to work for a slaver is not a disease. The goal of the scientific racist was -- and remains -- the defense of a racial hierarchy. Cartwright was, unfortunately, not the last scholar to use science -- or more correctly, pseudoscience -- to rationalize or justify the subordination of Africans and Americans of African descent. In 1797, for example, Dr. Benjamin Rush, the "father" of American psychiatry, declared that the dark skin of Blacks was caused by a rare, congenital disease called Negritude, which derived from leprosy. The only cure was to turn the skin white. The 19th and 20th Centuries found many White scientists -- craniologists, phrenologists, evolutionists, geneticists, and others -- arguing that dark-skinned peoples were inherently, hence immutably, inferior to light-skinned peoples intellectually, morally, socially, and culturally. American and European scientists have long histories of using scientific methods to intellectualize a racial hierarchy that had Whites at the top, Yellows in the middle, and Reds, Browns, and Blacks at the bottom. (source: Jim Crow Museum, Question of the Month 2005)