On March 2, 2008,  Daniel Kurtz-Phelan's article, "Big Fruit," in the New York Times stated:  When the Banana Company arrives in Macondo, the jungle town in Gabriel García Márquez’s “One Hundred Years of Solitude,” it brings with it first modernity and then doom. “Endowed with means that had been reserved for Divine Providence in former times,” García Márquez writes, the company “changed the pattern of the rains, accelerated the cycle of harvests and moved the river from where it had always been.” It imported “dictatorial foreigners” and “hired assassins with machetes” to run the town; it unleashed a “wave of bullets” on striking workers in the plaza. When the Banana Company leaves, Macondo is “in ruins.” 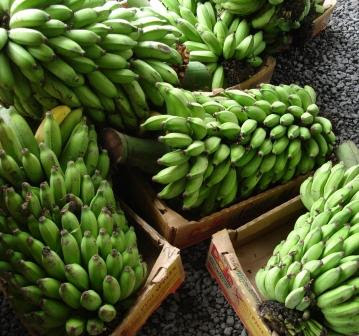 If Macondo is meant to represent Latin America, it is fitting that “the Banana Company” plays so central a role in its development and decline. For much of the 20th century, the American banana company United Fruit dominated portions of almost a dozen countries in the Western Hemisphere. It was, Peter Chapman writes in “Bananas,” his breezy but insightful history of the company, “more powerful than many nation states ... a law unto itself and accustomed to regarding the republics as its private fiefdom.” United Fruit essentially invented not only “the concept and reality of the banana republic,” but also, as Chapman shows, the concept and reality of the modern banana. “If it weren’t for United Fruit,” he observes, “the banana would never have emerged from the dark, then arrived in such quantities as to bring prices that made it available to all.” 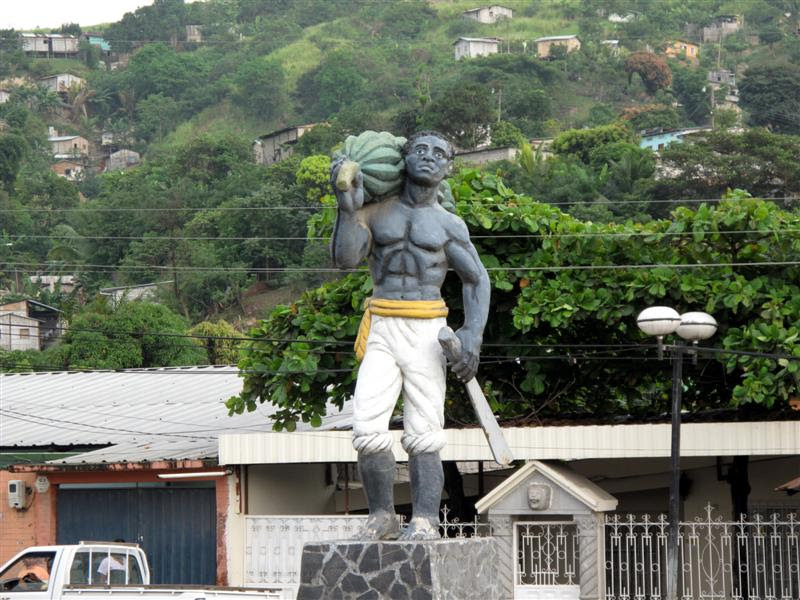 Statue in Esmeraldas celebrates the stevedores whose labour built the banana trade.


Today, “the banana is the world’s fourth major food, after rice, wheat and milk.” But when a Brooklyn-born twentysomething named Minor Keith planted a few banana cuttings next to a railroad track in Costa Rica in the early 1870s, it was virtually unknown outside its native environs. Keith and his partners soon realized how great the potential profits were — especially if, along with growing bananas, they could control railroads, shipping and Central American governments (to that end, Keith married the beautiful daughter of a Costa Rican president). Only then did they set out to turn the banana into a product for the masses. Until its demise a hundred years later, United Fruit controlled as much as 90 percent of the market. 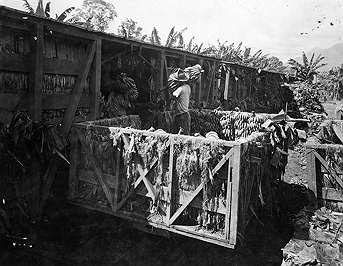 Throughout all of this, United Fruit defined the modern multinational corporation at its most effective — and, as it turned out, its most pernicious. At home, it cultivated clubby ties with those in power and helped pioneer the modern arts of public relations and marketing. (After a midcentury makeover by the “father of public relations,” Edward Bernays, the company started pushing a cartoon character named Señorita Chiquita Banana.) Abroad, it coddled dictators while using a mix of paternalism and violence to control its workers. “As for repressive regimes, they were United Fruit’s best friends, with coups d’état among its specialties,” Chapman writes. “United Fruit had possibly launched more exercises in ‘regime change’ on the banana’s behalf than had even been carried out in the name of oil.”

In its final pages, Chapman’s witty, energetic narrative veers off into polemic, straining to flaunt some direct contemporary relevance. Today’s supporters of multinational corporations, Chapman declares, “would have us all as banana republics.” But his heart is more in the storytelling than in the lecturing, and he never does much with these sweeping proclamations.

Still, that is not to say there are no echoes of United Fruit today. Chapman could have noted, for example, that the company’s successor in the banana business, Chiquita Brands International, has admitted to paying nearly $2 million to right-wing death squads in Colombia. And the blow-back from United Fruit’s way of doing business still haunts Latin America. Just look at Guatemala — once United Fruit’s most treasured possession, now one of the Western Hemisphere’s most violent countries. 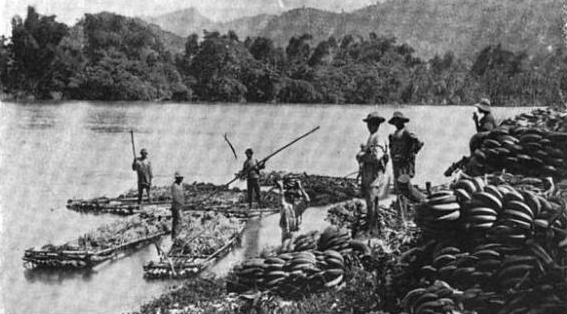 “Guatemala was chosen as the site for the company’s earliest development activities,” a former United Fruit executive once explained, “because at the time we entered Central America, Guatemala’s government was the region’s weakest, most corrupt and most pliable.” When a left-wing democratic president named Jacobo Arbenz tried to roll back the company’s dominance in the 1950s (by, among other things, redistributing its fallow land), United Fruit executives saw it as an affront — and set out to help pressure the United States government to engineer a coup. Fortunately for them, virtually every major American official involved in the plotting had a family or business connection to the company itself.

A young Argentine traveler named Che Guevara happened to be in Guatemala when Arbenz was overthrown in 1954. After that, Che told his mother, “I left the path of reason.” And so, too, did Latin America. That day marked a turning point, the end of a hopeful age of reform and the beginning of a bloody age of revolution and reaction. Over the next four decades, hundreds of thousands of people — 200,000 in Guatemala alone — were killed in guerrilla attacks, government crackdowns and civil wars across Latin America.

A resident of García Márquez’s Macondo provides an epitaph: “Look at the mess we’ve got ourselves into just because we invited a gringo to eat some bananas.” (source: The New York Times)

Daniel Kurtz-Phelan is a senior editor at Foreign Affairs.