“The Sweet Hell Inside” by Edward Ball 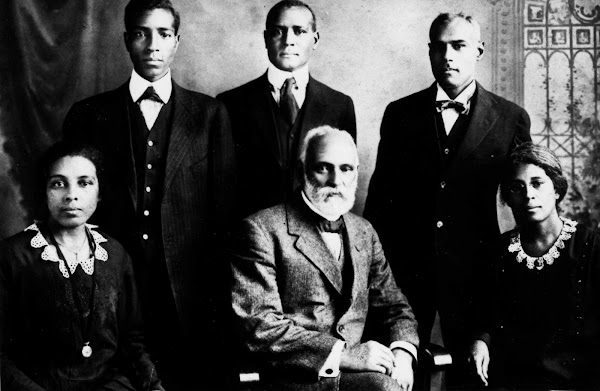 From Salon on 26 February 2002, a book review “The Sweet Hell Inside” by Edward Ball From the author of "Slaves in the Family" comes an inside look at the relatively easy life among the elite mixed-race families of the Deep South by Jonelle Bonta --“My father,” wrote Edward Ball, a descendant of South Carolinian plantation owners, in the opening of his National Book Award-winning “Slaves in the Family,” “had a little joke that made light of our legacy as a family that had once owned slaves. ‘There are five things we don’t talk about in the Ball family,’ he would say. ‘Religion, sex, death, money, and the Negroes.’”
Three hundred years after his family acquired their first slaves, Ball, a former columnist for the Village Voice, decided it was time to talk. Leaving New York for his native Charleston, Ball combed the accumulated records of 10 generations of family papers. He interviewed relatives and in the process discovered quite a few he never dreamed he had. For instance, while researching “Slaves in the Family,” he received a phone call from one Edwina Harleston Whitlock, who turned out to be an elderly, elegant, light-skinned black woman who was also a journalist. Edwina informed Ball that they were cousins. Welcome to the New South, Mr. Ball.

Born in Charleston in 1882, Edwin Augustus Harleston was the third of six children of Edwin Galliard and Louisa Moultrie Harleston.
Ball’s follow-up book, “The Sweet Hell Inside,” is the result of his fortuitous meeting with his newfound cousin. Based on a roomful — literally — of material preserved by Mrs. Whitlock, “The Sweet Hell Inside” is the history of the Harleston family of Charleston, specifically the family of Edwin “Captain” Harleston, one of eight children born to William Harleston, owner of “The Hut” plantation, and his slave, Kate Wilson. After the Civil War, William Harleston bought his mulatto family a house in Charleston that proved to be their haven after his nephew bilked Kate out of the inheritance William intended for her. Despite this setback, Kate and William’s offspring fared well by the standards of their color and the day; they were educated and employed in the more professional jobs available to blacks in Southern cities during Reconstruction. Their fifth child, Edwin “Captain” Harleston, succeeded in a shipping business and eventually founded a successful funeral home.
Ball focuses on two of the Captain’s children — Edwin, nicknamed “Teddy,” who pursued his dream as a painter while working at the family’s funeral business (simultaneously attending art classes and embalming school), and Eloise or “Ella,” who married the Reverend Daniel Jenkins, founder of the Jenkins Orphanage for black foundlings and its touring Jenkins Orphanage Band, which became well known across the United States and in Europe and spawned several notable jazz careers. Teddy and Ella, by far the most interesting of the Captain’s children, were also the two who raised their orphaned niece Edwina, the cousin who telephoned Edward Ball.

Elise Forrest Harleston
“The Sweet Hell Inside” is invaluable for its insight into black cultural traditions of the 19th century, the history of cakewalks and minstrel shows, embalming techniques of the time, the black jazz scene in post-World War I Paris, the few successful black artists of the first 25 years or so of this century and the tightening of segregation laws throughout the South. But that doesn’t make it what much of the press is touting it as, namely a representative tale of the struggles of a black family to overcome racism. (“On Unsure Footing in a Racist Era” read the headline to the Los Angeles Times review.)
Rather, it’s a cutaway view of the life of a well-educated mixed-race family in post-Reconstruction Charleston. The Harlestons belonged to a small society of about only 50 families. In Edwina’s words, “The Harlestons were light, and we didn’t associate with people who were much darker than we were. Of course we didn’t associate with white people either. We were a kind of in-between people. But we were Negroes all the same, and everyone in our circle was colored to one degree or another.”

In fact, because the Harlestons’ livelihood was derived from the black community, “The Sweet Hell Inside” illustrates how little the members of this particular “colored elite” were restricted by race. Not that race didn’t permeate every aspect of the characters’ lives. It’s simply that this detailed study of their aspirations, triumphs, successes and failures reveals them to be a great deal less obsessed by the subject than current readers with modern sensibilities would have them be.
The only conflicted Harleston is Edwina’s uncle Teddy, and his lifelong dilemma was his desire for an art career (he was a limited artist but a notable portrait painter) vs. the economic necessity of working at the family business. His aspirations to paint full time were finally crushed when his father died in 1931 and the full responsibility of the business fell on Teddy’s shoulders. By several accounts he died of a broken heart, aided by pneumonia caught from his father’s deathbed, and died less than two weeks after the Captain.

Rich in historical detail, “The Sweet Hell Inside” offers an inside look at a culture pretty much ignored even by period historians. But what makes parts of the book fascinating also outlines its limitations. With so many voices, “Slaves in the Family” had an epic feel to it, a sense of connections between generations of people, many of whom never met despite sharing a genealogy. (One can almost picture an enterprising black novelist working this raw material into an American version of “One Hundred Years of Solitude.”)
“The Sweet Hell Inside” is a miniature that employs only Edwina’s voice; it reads like a long footnote to “Slaves in The Family.” At times Ball seems restricted by his subject, perhaps because he didn’t come to the material on his own.

What does make “The Sweet Hell Inside” unique is its subject and its author’s access to a family member who lived with them. One can’t help but wonder, given the relative ease of the Harlestons’ lives, where the “Sweet Hell” of the book’s title may be. It comes from Walt Whitman: “the messenger there arous’d, the first, the sweet hell within, The unknown want, the destiny of me.”
Of the many Harlestons, only Teddy, who had aspirations of reaching the world beyond their insular subculture, seemed to truly suffer, forever caught between the constrictions of art and commerce and Jim Crow. When the world seemed on the verge of being able to acknowledge his talent, he found himself left behind by the bigotry of modernism. He is both a noble and tragic figure, the true hero of the story and, regrettably, neither Edward Ball nor Edwina Whitlock seems to be fully aware of that fact. (source: Salon.com)

Click here to view author Edward Ball discuss his book "The Sweet Hell Inside: A Family History"
Posted by Ron at 9:42 PM