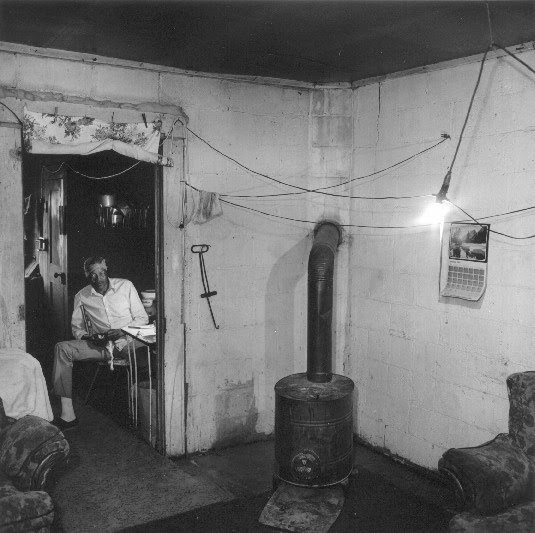 The Mississippi Delta is known as the poorest corner of the poorest state in America. And what little economic opportunity the region does hold is just a few factory closures away from collapse, reports the BBC's Paul Adams.

The Mississippi Delta has long been a byword for hard times.

The region is the home of the blues, and it has never quite managed to shake off its reputation as a place of misery, poverty and racial inequality.

When a young photographer, Al Clayton, documented the area in 1967, the images he captured - of malnourished children and people living in abject poverty - helped bring national attention to the region's plight. 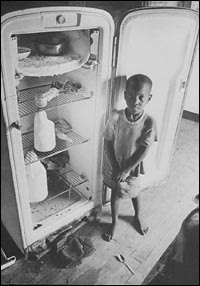 "There was a part of it that was so depressing and painful to live with," he says.

The black and white pictures, collected in the book Still Hungry in America, shocked the country, and for Mr Clayton, the experience was shattering.

"It was hard to get through," he recalls.


Although the particular nature of the region's poverty has changed a half a century later, the region remains in crisis.

The Delta, where children's bellies were once distended from malnutrition, is now the fattest region in America, and it leads the country in teen pregnancy and single parenthood.

Though they now have running water and toilets, the dilapidated houses look just the way they did 44 years ago. Two in a field off Highway 49 have been turned into museum pieces.

But some things have changed since Mr Clayton first pointed his camera at scenes of grinding poverty.

In the 1960s, the houses were inhabited by single mothers struggling to feed their children.

Some of Third Street's original inhabitants remain, but most residents now are unemployed men, some strung out on drugs and alcohol.

Belzoni is still full of single women, but many of them live in low-income housing on the edge of town.

Thanks to the Head Start programme which began in the 60s and expanded dramatically over the years, their children are fed and educated in nurturing environments, like the pre-school centre run by the Friends of Children of Mississippi.

The need for such programmes is great, says executive director Marvin Hogan.

Some of their mothers work at the catfish processing plant in nearby Isola.

In the 60s, catfish helped to fill the employment gap left by the end of sharecropping and the mechanisation of agriculture.

But competition from Asia has shuttered some of the area's plants, and the industry's decline poses a grave threat to the region, says Dick Stevens, president of Consolidated Catfish Producers.

"I don't see something coming in here to replace it," he says.

"It's only a blink away from being nearly as bad as it was years ago. In this area, you either work in a catfish plant, education or healthcare, or you don't work. That's it. There's nothing else."


In an effort to exploit what meagre opportunities do exist, a small job training centre in Belzoni runs courses in nursing and computing.

Marcus Dennard, born to sharecropping parents the year Al Clayton and Kenneth Dean first toured the region, is training to be a nurse's assistant. Little else is available, he says.

"The younger generation don't have anything to do," he says.

"We have no public transportation to get back and forth to work. They're all just standing around, doing what they can to survive."

The Delta, he says, feels trapped.

"Everyone else seems to be moving forward and we still seem to be regressing," he says, "so I'm doing what I can."

In one room at the job training centre, two students are studying phlebotomy. In the 60s, they might have helped to inoculate children against the infectious diseases which ravaged communities throughout the Delta.

In one major respect, life has improved.

The routine racial coercion and violence suffered by African-Americans has gone, and Belzoni has a black mayor and sheriff.

But a fundamental problem, rooted in this region's painful history, remains.

"This large population, created here through the introduction of slavery, is still here," says Mr Dean.

"How does this population rise up to normative, middle-American values and assets when its relationship to the land is severed?" (http://www.bbc.co.uk/news/magazine-16385337)