On April 2, 1979, there was an unusual anthrax outbreak which affected 94 people and killed at least 64 of them in the Soviet city of Sverdlovsk (now called Ekaterinburg), roughly 850 miles east of Moscow. The first victim died after four days; the last one died six weeks later.

Ekaterinburg Map
The Soviet government claimed the deaths were caused by intestinal anthrax from tainted meat, a story some influential American scientists found believable. However, officials in the Carter administration suspected the outbreak was caused by an accidental release of anthrax spores from a suspected Soviet biological weapons facility located in the city. The US believed that the Soviet Union was violating the Biological Weapons Convention signed in 1972 and made their suspicions public. But the Soviets denied any activities relating to biological weapons and at numerous international conferences tried to prove their contaminated meat story.

It wasn't until thirteen years later - 1992- that President Boris Yeltsin admitted, without going into details, that the anthrax outbreak was the result of military activity at the facility. During those thirteen years, while an intense debate raged within the international scientific and intelligence communities on whether the Russians were telling the truth, the Soviet Union continued its offensive biological warfare program unabated.
Around the time Yeltsin admitted the military facility was responsible for the incident, Russia allowed a team of Western scientists to go to Sverdlovsk to investigate the outbreak. The team visited Sverdlovsk in June 1992 and August 1993 and included Professor Matt Meselson.

Although the KGB had confiscated hospital and other records after the incident, the Western scientists were able to track where all the victims had been at the time of the anthrax release. Their results showed that on the day of the incident all the victims were clustered along a straight line downwind from the military facility. Livestock in the same area also died of anthrax. After completing their investigation, the team concluded the outbreak was caused by a release of an aerosol of anthrax pathogen at the military facility. But they were unable to determine what caused the release or what specific activities were conducted at the facility. 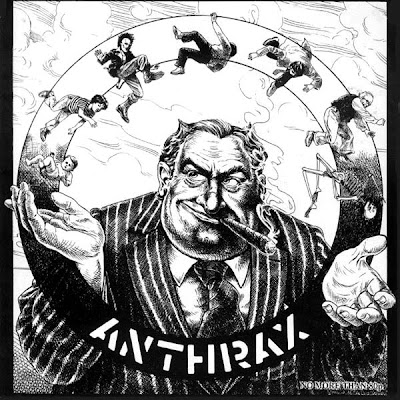 According to FRONTLINE's interview with Dr. Kanatjan Alibekov, former first deputy chief for Biopreparat (the civilian part of the Soviet biological weapons program), the anthrax airborne leak had been caused by workers at the military facility who forgot to replace a filter in an exhaust system. The mistake was realized shortly after, but by then some anthrax spores were released. Alibekov says if the wind had been in the opposite direction that day--toward the city of Sverdlovsk--the death rate could have been in the hundreds of thousands.
To this day, Western inspectors have not been allowed to visit this military facility.
Posted by Ron at 8:57 AM