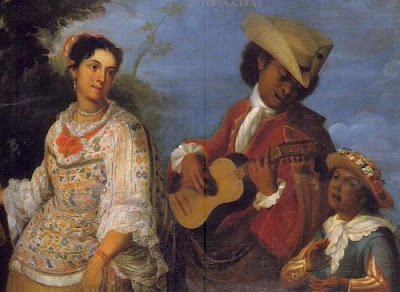 AN ACT FOR THE BETTER ORDERING AND GOVERNING [OF]

NEGROES AND OTHER SLAVES IN THIS PROVINCE 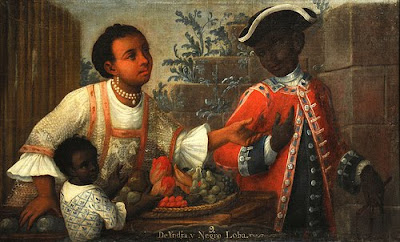 Whereas in his majesty's plantations in America, slavery has been introduced and allowed; and the people commonly called negroes, Indians, mulatos and mestizos have [been] deemed absolute slaves, and the subjects of property in the hands of particular persons the extent of whose power over slaves ought to be settled and limited by positive laws so that the slaves may be kept in due subjection and obedience, and the owners and other persons having the care and government of slaves, may be restrained from exercising too great rigour and cruelty over them; and that the public peace and order of this Province may be preserved: 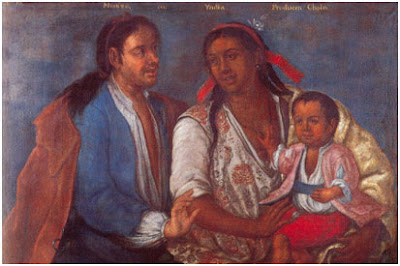 Mestizo. con Yndia. Producen cholo
Be it enacted, that all negroes, Indians (free Indians in amity with this government, and negroes, mulatos and mestizos who are now free excepted) mulatos or mestizos who now are or shall hereafter be in this Province, and all their issue and offspring born or to be born, shall be and they are hereby declared to be and remain for ever herafter absolute slaves, and shall follow the condition of the mother; and shall be deemed, … 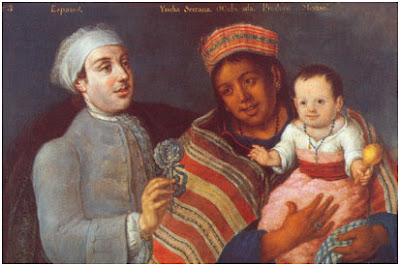 Spanish. Serrana or brown Indian woman produce Mestizo
taken, reputed and adjudged in law to be chattels personal in the hands of their owners and possessors and their executors, administrators and assigns to all intents, constructions and purposes whatsoever, Provided that if any negro Indian mulato, or mestizo shall claim his or her freedom, it shall and may be lawful for such negro, Indian, mulato, or mestizo, or any person or persons whatsoever, on his or her behalf to apply to the justices of his Majesty's court of common pleas by petition or motion, either during the sitting of the said court, or before any of the justices of the same court at any time in the vacation.

And the said court or any of the justices thereof, shall and they are hereby fully impowered to admit any person so applying, to be guardian for any negro, Indian, mulato or mestizo, claiming his, her or their freedom, and such guardians shall be enabled, intitled and capable in law to bring an action of trespass, in the nature of ravishment of ward against any person who shall claim property in, or who shall be in possession of any such negro, Indian, mulato or mestizo. 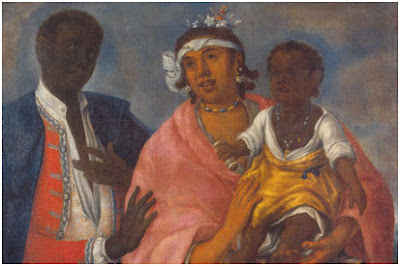 Black with Mulata produce a Sambo
Series of paintings sent by the Viceroy Amat King Carlos III in 1770.
Posted by Ron at 9:54 AM