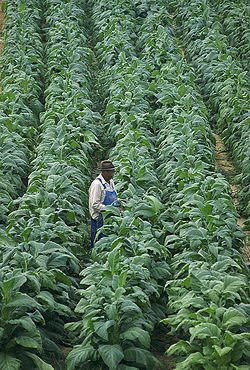 In 1618 without the African labor the colonist in Virginia were able to export 2,300 pounds of tobacco.
In 1622 with the labor of 25 African bodies the colonist were able to increase their tobacco exports to 60,000 pounds.
Four years later with those same 25 African laborers the increase was 300,000 pounds. Damn, those Negroes were working hard!
Move to 1775, the year before the Revolutionary War the Virginian colonist increased the enslaved population from 25 to 210,000 humans in perpetual bondage…on the dawn of the War for Freedom….does anyone see the irony……And what kind of yield did those 210,000 unpaid, unthanked, unappreciated, unnamed African slaves produce in Virginia tobacco exports…..100,000,000 pounds of tobacco. 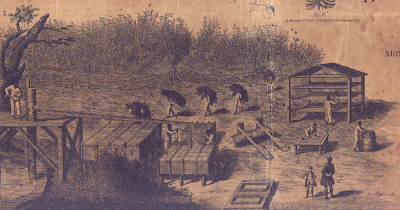 Can you say somebody got really, really, really rich off of the labor of these men and women…..and their descendants are looked at as pathological and a governmental burden looking for a handout….If these black men and women were paid a fair wage for their labor and toil, from day one, maybe they wouldn’t need any money!
Posted by Ron at 7:36 AM