#5 "I Heard The Bells On Christmas Day" -- Harry Belafonte 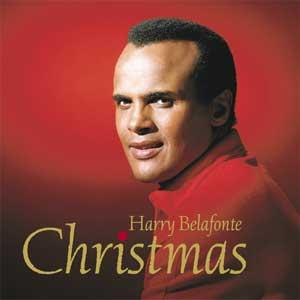 The song, "I Heard The Bells On Christmas Day," lyrics originate from a poem ‘Christmas Bells’ written by Henry Wadsworth Longfellow, during the American Civil War, in 1863. After the death of his wife and the severe wounding of his son, who was a United States soldier, in the Battle of New Hope Church (Virginia), Longfellow penned the poem, "Christmas Bells."

Longfellow's poem tells of the narrator's despair, upon hearing Christmas bells, that "hate is strong and mocks the song of peace on earth, good will to men". The carol concludes with the bells carrying renewed hope for peace among men.

Johnny Marks, known for his song "Rudolph the Red-Nosed Reindeer", set Longfellow’s poem to music in the 1950s. Marks' version has been recorded by Fred Waring and the Pennsylvanians, Ed Ames, Kate Smith, Frank Sinatra, Sarah McLachlan, Pedro the Lion, Harry Belafonte, The Carpenters, Rockapella, and Bing Crosby. Marks' composition is now commonly used for modern recordings of the carol.

Harry Belafonte recorded "I Heard The Bells On Christmas Day," on his "To Wish You a Merry Christmas" album recorded in May and June of 1958 in Hollywood. Conducted by Bob Corman. Millard Thomas and Laurindo Almeida, guitarists. Produced and directed by Ed Welker. (source: Wikipedia)