According to the Texas Historic Association  --  WHITE PRIMARY. Following Reconstruction, white political leaders in Texas and other southern states sought to take the vote from black voters. As a disenfranchisement device, the poll tax discouraged poor whites as well as blacks from voting, while enabling blacks who paid the tax to vote. Party rules or state laws that barred blacks from the Democratic primary, however, could virtually disenfranchise all blacks (and only blacks) by keeping them out of the election that generally determined who would hold office in a Democratic-dominated state. When the Texas legislature passed a white primary law in 1923, it thrust Texans and the Texas white primary into the center of a struggle to have the United States Supreme Court declare all white primaries unconstitutional. In the years immediately following Reconstruction no statewide primaries existed, and virtually all politically involved Texas blacks were Republicans. Especially in East Texasqv counties with black majorities, blacks often did participate in local politics. The first attempt to end local Republican rule where blacks had a decided majority was in Harrison County, where the so-called Citizen's Party, formed in 1878, managed to upset the county Republicans by stuffing ballot boxes and using intimidation. Similar efforts and occurrences took place in many other counties in the 1870s and 1880s, including Navasota, Leon, Montgomery, Colorado, DeWitt, Fort Bend, Waller, Wharton, and other counties. When third-party movements, such as the People's party of the 1890s, appealed to black Texans as well as to some white Democrats, black voters also influenced state elections. Even some Democratic candidates sought black votes in response to the Populist challenge. The Populists soon faded as a significant force, but white leaders began to search for ways of assuring white unity and hegemony. Governor James S. Hogg and state representative Alexander W. Terrell supported legislation to require and regulate primaries. They wished to counter vote fraud and believed that blacks should be excluded from Democratic primaries. Terrell's primary legislation was passed in 1903 and amended frequently thereafter. Some local party leaders adopted rules barring blacks from participating in the primary, but the law was not universally successful in disenfranchising blacks throughout Texas. When more and more Anglo farmers moved into South Texas, conflict with established Mexican-American ranchers ensued as the two groups struggled for political and economic control of the region. The new farmers sought to eliminate Mexican Texans, who generally supported the old ranchers through the patron system, from the political process. In addition to using the formal and informal devices associated with the White Primary in the rest of Texas, organizations such as Dimmit County's White Man's Primary Association, established in 1914, disfranchised Mexican Americans in local elections and controlled the local labor supply. 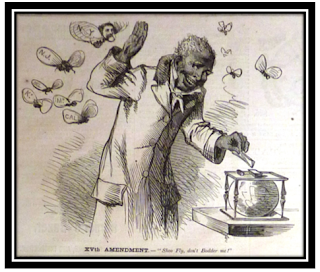 In 1923, however, the legislature passed a law explicitly barring blacks from voting in Democratic primaries. A 1921 decision in a case (Newberry v. United States) not related to white primaries had signalled the United States Supreme Court's willingness to treat primaries as private party functions. Texas legislators apparently concluded that the courts would not provide constitutional protection to blacks who wished to vote in primaries. In 1924 Lawrence A. Nixon, a black physician and member of the El Paso chapter of the National Association for the Advancement of Colored People, challenged the new law. With financial and legal help from the local and national NAACP, Nixon's suit reached the Supreme Court as Nixon v. Herndon. On March 7, 1927, the court unanimously declared the white primary statute unconstitutional for violating the "equal protection" clause of the Fourteenth Amendment. The decision, however, left open the possibility that the party could do privately what the state could not do officially. White Texas Democrats took only a few months to respond to this opportunity to restore the white primary. The legislature replaced the 1923 law with a new statute giving the executive committee of each state party power to decide who could vote in its primary. The Democratic executive committee adopted a resolution allowing only whites to vote in the Democratic primary. Nixon again sued and again won a temporary victory. The United States Supreme Court decided Nixon v. Condon by a five-to-four vote announced on May 2, 1932. The majority opinion concluded that the Democratic executive committee would not have had the authority to speak for the party in banning blacks without the 1927 law that granted it that authority. Because of this indirect state role, the white primary had violated the Fourteenth Amendment. Just weeks after the second Nixon decision, the Texas Democratic state convention adopted its own white primary resolution to replace the executive committee's resolution. In 1934 Texas attorney general James Allred issued an official opinion endorsing the legitimacy of the convention's action. Allred was running in the Democratic gubernatorial primary and expected the black vote to go against him. Many white leaders welcomed Allred's overt support for the white primary, but others attacked him. Black opponents of the white primary also faced disunity. Houston barber Richard R. Grovey and attorneys J. Alston Atkins and Carter W. Wesley initiated their own challenge to the white primary despite the tactical objections of the NAACP. The Houstonians generated some support for their cause but lost their case, Grovey v. Townsend. On April 1, 1935, the Supreme Court unanimously decided that the Democratic party was a private organization whose state convention could determine membership qualifications. Thus, blacks had no constitutionally protected right to vote in the Democratic primary. Some of the Houston blacks who had split with the NAACP over Grovey later cooperated with the NAACP to bring the case of Lonnie E. Smith, a Houston dentist, to the Supreme Court. By this time the membership of the court had changed, and the nation's fight against Nazism in Europe was indirectly strengthening support for civil rights at home. In Smith v. Allwright (1944), eight justices overturned the Grovey decision. The majority concluded that various state laws made the Texas primary an integral part of the general electoral process. Therefore, blacks could not constitutionally be prohibited from voting in the Democratic primary even by party officials. The Smith decision did not end all attempts to limit black political participation but did virtually end the white primary in Texas. The number of African Americans registered to vote in Texas increased from 30,000 in 1940 to 100,000 in 1947. With the help of the NAACP, the state's relatively well-organized black population had won a significant victory.  (source: Texas Historic Association )
Posted by Ron at 4:46 PM