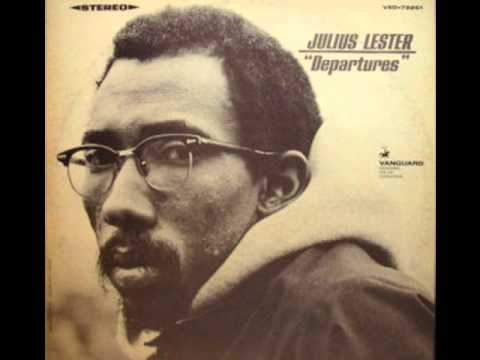 Julius Lester, “The Angry Children of Malcolm X,” Sing Out (October/November 1966), pp. 120–125.
This is their message: The days of singing freedom songs and the days of combating bullets and billy clubs with love are over. “We ShallOvercome” sounds old, out­dated. “Man, the people are too busy getting ready to fight to bother with singing any more!” The world of the black Americans is different from that of the white American. This difference comes not only from the segregation imposed on the black, but it also comes from the way of life he has evolved for himself under these conditions. Yet, America has always been uneasy with this separate world in its midst. Feeling most comfortable when the black man emulates the ways and manners of white Americans, America has, at the same time, been stolidly unwilling to let the black man be assimilated into the mainstream.

With its goal of assimilation on the basis of equality, the civil rights movement was once the great hope of black men and liberal whites. In 1960 and 1961 Negroes felt that if only Americans knew the wrongs and sufferings they had to endure, these wrongs would be righted and all would be well. If Americans saw well­dressed, well­mannered, clean Negroes on their television screen not retaliating to being beaten by white Southerners, they would not sit back and do nothing. Amore vincit omnia! and the Reverend Dr. Martin Luther King, Jr., was the knight going forth to prove to the father that he was worthy of becoming a member of the family. But there was something wrong with this attitude and young Negroes began to feel uneasy. Was this not another form of the bowing and scraping their grandparents had to do to get what they wanted? Were they not acting once again as the white man wanted and expected them to? And why should they have to be brutalized, physically and spiritually, for what every other American had at birth? … 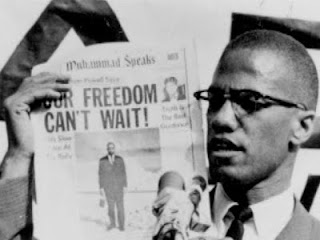 More than any other person Malcolm X was responsible for the new militancy that entered The Movement in 1965. Malcolm X said aloud those things which Negroes had been saying among themselves. He even said those things Negroes had been afraid to say to each other. His clear, uncomplicated words cut through the chains of black minds like a giant blow­torch. His words were not spoken for the benfit of the press. He was not concerned with stirring the moral conscience of America, because he knew—America had no moral conscience. He spoke directly and eloquently to black men, analyzing their situation, their predicament, events as they happened, explaining what it all meant for a black man in America.

America's reaction to what the Negro considered just demands was a disillusioning experience. Where whites could try to attain the Dream, Negroes always had to dream themselves attaining The Dream. But The Dream was beginning to look like a nightmare. They'd been living one a long time. They had hopes that America would respond to their needs and America had equivocated. Integration had once been the unquestioned goal that would be the proudest moment for Negro America. Now it was beginning to be questioned.

Education, Segregation, USA, pic: 1964, Queens, New York, A near deserted classroom with just 5 black children attending, after a massive boycott by whites after the school had been included in the integration plan (Photo by Rolls Press/Popperfoto/Getty Images)

The New York school boycotts of 1964 pointed this up. Integration to the New York City Board of Education meant busing Negro children to white schools. This merely said to Negroes that whites were saying Negroes had nothing to offer. Integration has always been presented as a Godsend for Negroes and something to be endured for whites. When the Board of Ed decided to bus white children to Negro schools the following year, the reaction was strangely similar to that of New Orleans and Little Rock. Today, whites in Chicago and New York chat at Negro demonstrators, “I wish I was an Alabama deputy, so I could kill a nigger legally.”

When it became more and more apparent that integration was only designed to uplift Negroes and improve their lot, Negroes began wondering whose lot actually needed improving. Maybe the white folks weren't as well­-educated and cultured as they thought they were. Thus, Negroes began cutting a path toward learning who they were.…

Now the Negro is beginning to study his past, to learn those things that have been lost, to recreate what the white man destroyed in him and to destroy that which the white man put instead. He has stopped being a Negro and has become a black man in recognition of his new identity, his real identity. “Negro” is an American invention which shut him off from those of the same color in Africa. He recognizes
now that part of himself is in Africa.…

Many things that have happened in the past six years have had little or no meaning for most whites, but have had vital meaning for Negroes. Wasn't it only a month after the March on Washington that four children were killed in a church bombing in Birmingham? Whites could feel morally outraged, but they couldn't feel the futility, despair and anger that swept through The Nation within a nation—.Black America. There were limits to how much one people could endure and Birmingham Sunday possibly marked that limit.…

What was needed that Sunday was ol' John Brown to come riding into Birmingham as he had ridden into Lawrence, Kansas, burning every building that stood and killing every man, woman and child that ran from his onslaught. Killing, killing, killing, turning men into fountains of blood, spouting until Heaven itself drew back before the frothing red ocean. But the Liberal and his Negro sycophants would've cried, Vengeance accomplishes nothing. You are only acting like your oppressor and
such an act makes you no better than him. John Brown, his hands and wrists slick with blood, would've said, oh so softly and so quietly, Mere Vengeance is folly. Purgation is necessity.

Now it is over. America has had chance after chance to show that it really meant “that all men are endowed with certain inalienable rights.” America has had precious chances in this decade to make it come true. Now it is over. The days of singing freedom songs and the days of combating bullets and billy clubs with Love. We Shall Overcome (and we have overcome our blindness) sounds old, out­dated
and can enter the pantheon of the greats along with the IWW songs and the union songs. As one SNCC veteran put it after the Mississippi March, “Man, the people are too busy getting ready to fight to bother with singing anymore. “And as for Love? That's always been better done in bed than on the picket line and marches. Love is fragile and gentle and seeks a like response. They used to sing “I Love Everybody” as they ducked bricks and bottles. Now they sing: