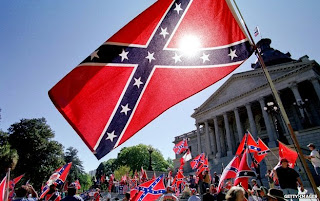 Why is that worse? Because this was the flag carried on battlefields by Confederate troops during the Civil War as they killed U.S. soldiers.

And yet people still proudly display the Confederate flag.

We saw it fly at a recent tea party rally in Washington. Last week, two high school students displayed the Confederate flag after another student brought a gay pride flag to school. Even rapper Kanye West is selling souvenirs with Confederate flags emblazoned on them during his new tour (although many say that he doesn't mean to honor the Confederacy).

Why would anyone display a flag that was flown by a nation that viewed the United States as its enemy? And yes, I know that some like to claim euphemistically the Civil War was simply a war between brothers, but it was not. It was far more lethal.

Just read some of the speeches made by the president of the Confederacy, Jefferson Davis, and it's clear the Confederate states viewed the United States as a sworn enemy. Davis made it clear that Confederate forces would kill any U.S. military personnel that dared step foot in the Confederate nation.

He even threatened and taunted U.S. Gen. Ulysses S. Grant with the warning: "Our cavalry and our people will harass and destroy his army as did the Cossacks that of Napoleon, and the Yankee General, like him will escape with only a bodyguard." (As a reminder, in 1812 the Russian Cossacks slaughtered thousands of Napoleon's troops and drove Napoleon's forces from Russia.)

Davis, in his address to the Congress of the Confederate States in 1861, boasted of "a succession of glorious victories" over the U.S. military, noting that the Confederate troops had, "checked the wicked invasion which greed of gain and the unhallowed lust of power brought upon our soil."

He also bragged about success over "the enemy," the United States: "When the war commenced, the enemy were possessed of certain strategic points and strong places within the Confederate states. ... After more than seven months of war, the enemy have not only failed to extend their occupancy of our soil, but new states and territories have been added to our Confederacy." 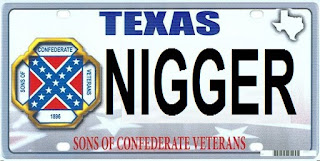 Simply put: This was a war between the "wicked" United States forces and a people who had sworn their allegiance to another nation, raised a military and successfully killed U.S. soldiers.

This history alone should dissuade anyone from ever displaying the Confederate battle flag on U.S. soil again. But for those still on the fence, these words from the vice president of the Confederacy, Alexander Stephens, explaining the genesis of the Confederacy should end any doubts -- as well as make your blood boil.

In 1861, Stephens explained to a cheering audience that the Confederacy was founded to expressly reject the proposition that men of all races were equal. Instead, Stephens stated, "The foundations of our new government are laid, its cornerstone rests, upon the great truth that the negro is not equal to the white man; that slavery, subordination to the superior race, is his natural and moral condition." So if you are about to display the Confederate flag, please first think about that statement by the vice president of the Confederacy. Or kindly give some thought to the U.S. soldiers killed by people carrying that flag. Hopefully, that will move you to refrain from it.

Despite my deep opposition to the Confederate flag, however, there's one place that I hope it will be displayed forever: American history museums.

There, it can serve as tribute to the brave U.S. troops who sacrificed their lives to preserve our nation and remain as a constant reminder of how close we came to no longer being the United States of America.   (source:  Dean Obeidallah, CNN)
Posted by Ron at 6:38 AM