Columbus Day USA: New Revelations of the Americas Before Columbus in 1491 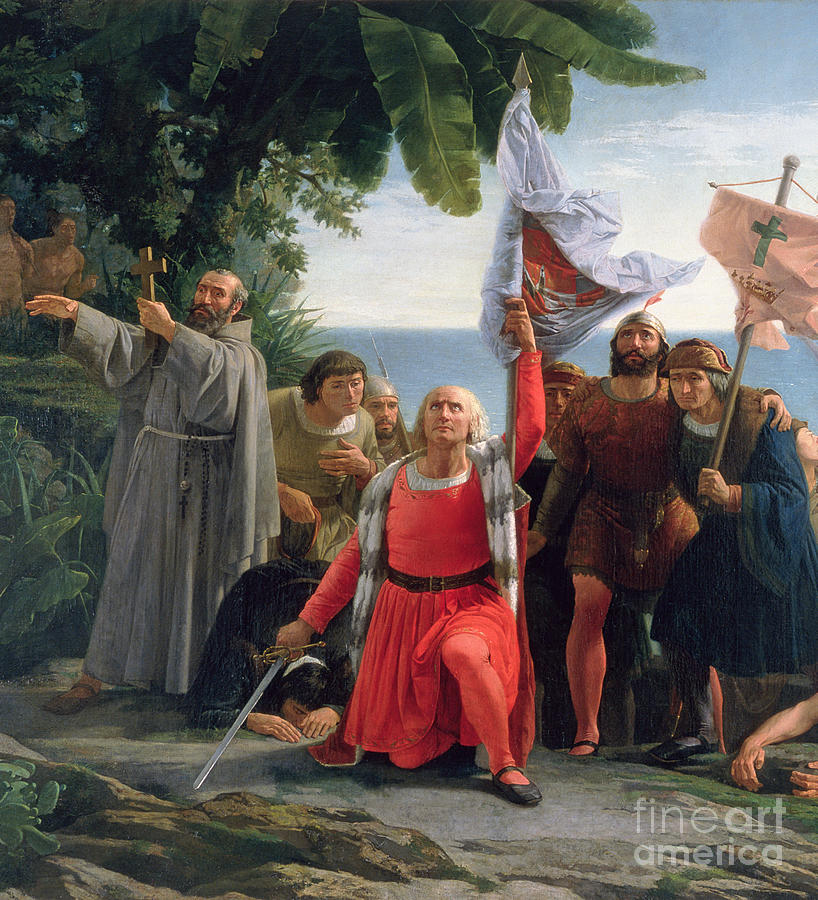 From a New York Times Book Review, "'1491': Vanished Americans," by Kevin Baker, on 9 October 2005 -- MOST of us know, or think we know, what the first Europeans encountered when they began their formal invasion of the Americas in 1492: a pristine world of overwhelming natural abundance and precious few people; a hemisphere where - save perhaps for the Aztec and Mayan civilizations of Central America and the Incan state in Peru - human beings indeed trod lightly upon the earth. Small wonder that, right up to the present day, American Indians have usually been presented as either underachieving metahippies, tree-hugging saints or some combination of the two.
The trouble with all such stereotypes, as Charles C. Mann points out in his marvelous new book, "1491: New Revelations of the Americas Before Columbus," is that they are essentially dehumanizing. For cultural reasons of their own, Europeans and white Americans have "implicitly depicted Indians as people who never changed their environment from its original wild state. Because history is change, they were people without history." 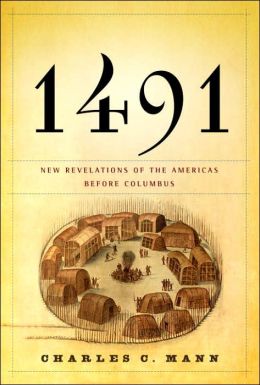 1491: New Revelations of the Americas Before Columbus  -- by Charles C. Mann
Mann, a science journalist and co-author of four previous books on subjects ranging from aspirin to physics to the Internet, provides an important corrective - a sweeping portrait of human life in the Americas before the arrival of Columbus. This would be a formidable task under any circumstance, and it is complicated by the fact that so much of the deep American past is embroiled in vituperative political and scientific controversies.
Nearly everything about the Indians is currently a matter of contention. There is little or no agreement about when their ancestors first came to the Americas and where they came from; how many there were, how and where they lived and why they were not more effective in resisting the European invasion. New archaeological discoveries and interpretations of Indian materials are constantly altering the historical record, and every debate comes equipped with its own bevy of archaeologists, anthropologists and other social scientists tossing around personal invective with the abandon of Rudy Giuliani on a bad day. 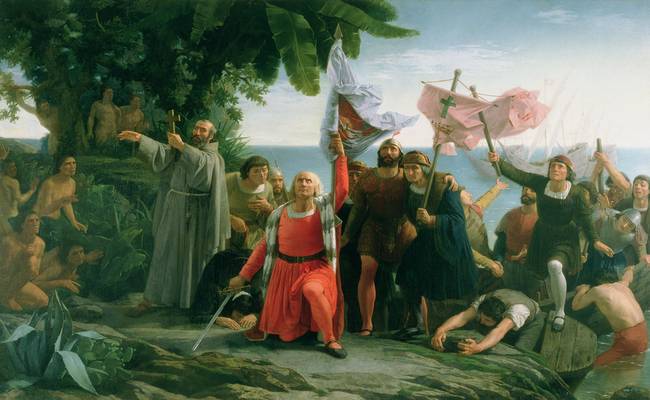 Mann navigates adroitly through the controversies. He approaches each in the best scientific tradition, carefully sifting the evidence, never jumping to hasty conclusions, giving everyone a fair hearing - the experts and the amateurs; the accounts of the Indians and their conquerors. And rarely is he less than enthralling. A remarkably engaging writer, he lucidly explains the significance of everything from haplogroups to glottochronology to landraces. He offers amusing asides to some of his adventures across the hemisphere during the course of his research, but unlike so many contemporary journalists, he never lets his personal experiences overwhelm his subject.
Instead, Mann builds his story around what we want to know - the "Frequently Asked Questions," as he heads one chapter. He moves nimbly back and forth from the earliest prehistoric humans in the Americas to the Pilgrims' first encounter with the Indian they (mistakenly) called "Squanto"; from the villages of the Amazon rain forests to Cahokia, near modern St. Louis, the sole, long-vanished city of the North American Mound Builders; from the cultivation of maize to why it was that the Incas apparently developed the wheel but never used it as anything but a child's toy.

Mann remains resolutely agnostic on some of the fiercest debates. What he is most interested in showing us is how American Indians - like all other human beings - were intensely involved in shaping the world they lived in. He is sure that "many though not all Indians were superbly active land managers - they did not live lightly on the land." Just how they did live, so long uninfluenced by the vast majority of the world's population in Africa and Eurasia, forms the bulk of his fascinating narrative.
What emerges is an epic story, with a subtly altered tragedy at its heart. For all the European depredations in the Americas, the work of conquest was largely accomplished for them by their microbes, even before the white men arrived in any great numbers. The diseases brought along by the very first unwitting Spanish conquistadors, and probably by English fishermen working the New England coast, very likely triggered one of the greatest catastrophes in human history. Before the 16th century, there may have been as many as 90 million to 112 million people living in the Americas - people who could be as different from each other "as Turks and Swedes," but who had cumulatively developed an incredible range of natural environments, from seeding the Amazon Basin with fruit trees to terracing the mountains of Peru. (Even the term "New World" may be a misnomer; it is possible that the world's first city was in South America.)

Then, disaster. According to some estimates, as much as 95 percent of the Indians may have died almost immediately on contact with various European diseases, particularly smallpox. That would have amounted to about one-fifth of the world's total population at the time, a level of destruction unequaled before or since. The exact numbers, like everything else, are in dispute, but it is clear that these plagues wreaked havoc on traditional Indian societies. European misreadings of America should not be attributed wholly to ethnic arrogance. The "savages" most of the colonists saw, without ever realizing it, were usually the traumatized, destitute survivors of ancient and intricate civilizations that had collapsed almost overnight. Even the superabundant "nature" the Europeans inherited had been largely put in place by these now absent gardeners, and had run wild only after they had ceased to cull and harvest it.
In the end, the loss to us all was incalculable. As Mann writes, "Having grown separately for millennia, the Americas were a boundless sea of novel ideas, dreams, stories, philosophies, religions, moralities, discoveries and all the other products of the mind. Few things are more sublime or characteristically human than the cross-fertilization of cultures. The simple discovery by Europe of the existence of the Americas caused an intellectual ferment. How much grander would have been the tumult if Indian societies had survived in full splendor!"