From Boston Fair Housing - Race and ethnicity are used to determine mortgage eligibility in communities such as Roxbury, Dorchester and Hyde Park, thus perpetuating housing segregation.

Through an overt practice of denying mortgages based upon race and ethnicity, the FHA played a significant role in the legalization and institutionalization of racism and segregation. The Underwriting Manual established the FHA’s mortgage lending requirements, ultimately institutionalizing racism and segregation within the housing industry. The following presents information about the national context of redlining and is not specific to Greater Boston.

The FHA was instrumental in alleviating the home ownership crisis. However, despite it’s positive impact, the FHA also had significant negative effects. FHA insurance often was isolated to new residential developments on the edges of metropolitan areas that were considered safer investments, not to inner city neighborhoods. This stripped the inner city of many of their middle class inhabitants, thus hastening the decay of inner city neighborhoods. Loans for the repair of existing structures were small and for short duration, which meant that families could more easily purchase a new home than modernize an old one, leading to the abandonment of many older inner city properties. 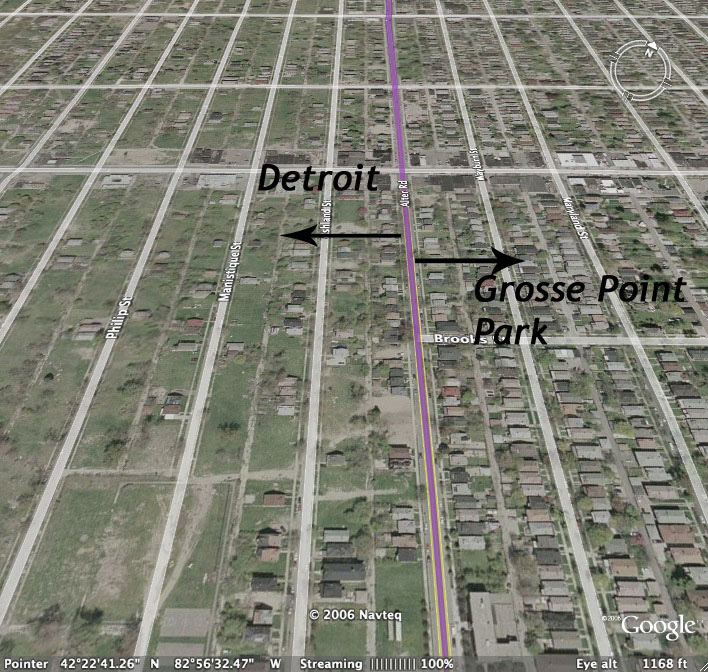 The FHA also explicitly practiced a policy of “redlining” when determining which neighborhoods to approve mortgages in. Redlining is the practice of denying or limiting financial services to certain neighborhoods based on racial or ethnic composition without regard to the residents’ qualifications or creditworthiness. The term “redlining” refers to the practice of using a red line on a map to delineate the area where financial institutions would not invest.

The FHA allowed personal and agency bias in favor of all white suburban subdivisions to affect the kinds of loans it guaranteed, as applicants in these subdivisions were generally considered better credit risks. In fact, according to James Loewen in his 2006 book Sundown Towns, FHA publications implied that different races should not share neighborhoods, and repeatedly listed neighborhood characteristics like “inharmonious racial or nationality groups” alongside such noxious disseminates as “smoke, odors, and fog.” One example of the harm done by the FHA is as follows:

In the late 1930’s, as Detroit grew outward, white families began to settle near a black enclave adjacent to Eight Mile Road. By 1940, the blacks were surrounded, but neither they nor the whites could get FHA insurance because of the proximity of an inharmonious racial group. So, in 1941, an enterprising white developer built a concrete wall between the white and black areas. The FHA appraisers then took another look and approved the mortgages on the white properties. (source: Boston Fair Housing)
Posted by Ron at 3:09 AM