As reported by the Economist, "The sugar trade: Sweet and rich," on 13 August 2011  --  IT IS no exaggeration to say that the foundations of the modern globalised world were made of sugar. In the 15th century Europeans first encountered its sweet delights. Within a couple of hundred years the coming of sea power, and with it the means to create empires across the oceans, resulted in large tracts of land in South America and the Caribbean being seized. Much of it was used in the production of sugar, which was steadily evolving from being a scarce luxury to a daily necessity.

The English were late starters. Rather than compete directly with the Spanish and the Portuguese for territory on the South American mainland, they concentrated on gaining control of islands in the West Indies, first Barbados and then Jamaica and less important acquisitions, such as Antigua. Matthew Parker's narrative account of the sugar trade and the formidable families who were behind it, in particular the Draxes, the Codringtons and William Beckford of Fonthill (pictured) and his forebears, is a tumultuous rollercoaster of a book. 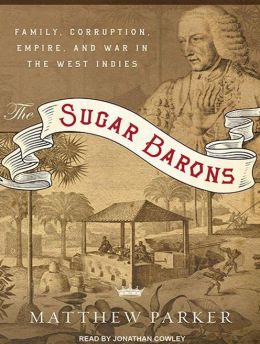 The Sugar Barons: Family, Corruption, Empire, and War in the West Indies. By Matthew Parker

The wealth that came from sugar was extraordinary. In late 17th-century Barbados, the income from a 200-acre (81-hectare) cane plantation and the processing factory that went with it was enough to support the lifestyle of a duke in England. A hundred years later, the trade flowing from Jamaica alone—sugar, slaves and rum, which was made from molasses—was worth more than all the traffic with North America. No wonder the French chose their sugar islands over Canada and Britain's attempt to hold onto its American colonies was so half-hearted. But while the “plantocracy” accumulated massive fortunes (which were usually turned into noble estates at home at the first opportunity), there was a terrible downside to the whole enterprise.

The British and other Europeans who went out to the West Indies to get rich usually died first. The climate and the mosquito-infested swamps, combined with consuming copious quantities of rum, took an appalling toll. In Kingston, the biggest town in Jamaica, about 20% of the white population succumbed to fatal diseases each year, mainly yellow fever. During the so-called War of Jenkins's Ear (after Spanish coastguards cut off the ear of Robert Jenkins, a captain of a British merchant ship), the British sent a huge amphibious force to attack the Spanish in Santiago de Cuba. Of 28,000 men, 22,000 were dead within a year, only 1,000 of them perishing in combat. Even if you were one of the very few with the constitution to survive, there was a good chance that a raid by the French or marauding buccaneers would get you instead. There was also no shortage of natural disasters preparing to strike at any time, from hurricanes to earthquakes. West Africans were thought to have a greater resistance to the heat and the tropical diseases so slaves began to replace indentured white labour in the plantations. But their life expectancy was hardly better. Weakened by the dreadful conditions on the slave ships sailing the notorious Middle Passage and worked to exhaustion by cruel overseers, they too died in huge numbers. The whole vile business went into decline in the early 19th century through a combination of the moral and social decay in the islands, growing revulsion against the slave trade in Britain and an understandable preference among the successors of the founding plantation families for flaunting their wealth at home rather than managing their West Indian estates.

Matthew Parker's 2008 book, “Panama Fever” (which was published in America as “Hell's Gorge”), introduced readers to the West Indian labourers who found work on the Panama canal. “The Sugar Barons” explains why they migrated to the isthmus. The book suffers from opening chapters that hop about between time and place a bit too much, and what will strike many readers as a slightly too hurried end. But for the most part, Mr Parker tells an extraordinary, neglected and shameful story with gusto and a keen eye for the telling contemporary quotation.  (source: Economist)
Posted by Ron at 8:51 AM