Slavery on the York River in Virginia 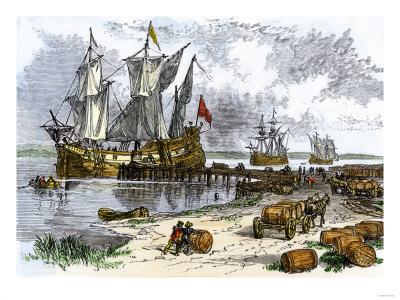 As reported in the Daily Press, "A cradle of slavery on the York," by Mark St. John Erickson, on 25 May 2013 -- When English colonists began settling on the south bank of the York River in the 1630s, enslaved black labor was the exception rather than the rule.

African field hands and house servants were not only prohibitively expensive but notoriously hard to find, even for the well-connected elite planters who increasingly favored them over indentured white workers.

Within a few decades, however, the rich alluvial soil at such plantations as Bellfield, Ringfield and Kiskiack was producing such bountiful crops of highly prized, sweet-scented tobacco that the York emerged as the epicenter of a landmark shift in the colony's history.

Flush with profits — and eager to acquire the hands needed to make more — the planters were poised to buy when the Royal African Company brought the transatlantic slave trade to Virginia in the 1670s. And when that monopoly ended in 1689 — opening the trade to other English merchants — the appetite for black labor quickly transformed the York into what was for 50 years by far the biggest slave market in Virginia. 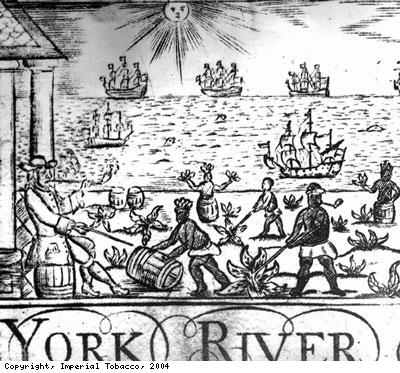 When the buying spree ended just before the Revolution, an estimated 31,000 blacks had been sold into slavery along the York River.

That's why the once bustling colonial port of Yorktown will be the site of a remembrance ceremony and wayside dedication scheduled for 8 a.m. to 9:30 a.m. Monday by the Middle Passage Ceremonies and Port Markers Project in association with the York County Historical Committee and Colonial National Historical Park.

"There were a lot of different forces at play, but the nature of the soil is where this shift starts," says Hampden-Sydney College historian John C. Coombs, who did his doctoral study on Virginia slavery at the College of William and Mary.

Just how critical a role the fine dark soil along the York played in this transformation can be seen in a 2006 study by Longwood University geographer David S. Hardin.

Of all the arable land in Tidewater, only 14 percent could produce sweet-scented tobacco, he says. And the mildest, densest, most abundant and profitable of those crops came from the south bank of the York.

The "very best of the best" came from Bellfield Plantation on what is now the Yorktown Naval Weapons Station, where planter Edward Digges used his profits to erect a landmark three-story manor house. So renowned were his "E.D."-branded hogsheads of tobacco that York River leaf became the benchmark for England's luxury tobacco market.

With the wealth that resulted, the elite planters on the York could do what few other Virginia colonists could afford to do — buy expensive black slaves in what was for decades an erratic market. 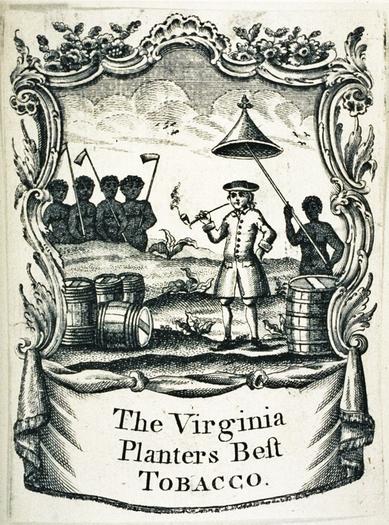 In the first four decades of the 1700s, the York River plantations produced not only the highest quality but also the most tobacco in Virginia — and there were times when it shipped more to England than the rest of the colony combined. More than 200 slave ships landed at Yorktown during this period — and by 1745 the area had absorbed more than two-thirds of nearly 50,000 Africans transported to Virginia.

Over time, those enslaved blacks trickled down from the elite to the middling and smaller planters of York County, too, making it the first part of the American colony in which slavery became broadly based.

"It was the elites who figured out slavery first — and they had the wealth to afford it before anybody else," historian Edward Ayres of the Jamestown-Yorktown Foundation says.

"But by the time of the Revolution it had penetrated down so far that half of the households in York County owned slaves."  (source: Daily Press; Find more stories on Hampton Roads history at dailypress.com/history)
Posted by Ron at 5:30 AM