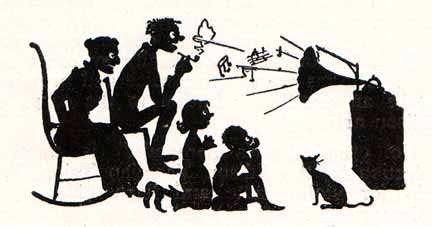 From History Matters, "American Popular Song: A Brief History" --  Americans have been singing since the first Europeans and Africans began arriving in North America in the sixteenth century. Work songs, hymns, love songs, dance tunes, humorous songs, and parodies—such songs provide a record of American history, serving both as historical sources and also as subjects of historical investigation.

During the colonial, revolutionary, and federal periods (1607-1820) most American songs were strongly tied to the musical traditions of the British isles. Hymn tunes, ballads, theater songs, and drinking songs were imported from England or based closely on English models. The main exceptions were the hymns of German-speaking communities in Pennsylvania, the music of African-American slave communities, and the songs of New Orleans, which were closely linked to the French West Indies and to France. Those exceptions aside, the most distinctively American songs were patriotic ones, like “Yankee Doodle” and the “Star Spangled Banner,” and even these were adaptations of English originals. The first uniquely American popular song tradition arose with the minstrel show, beginning in the 1840s. Many songs still familiar today, such as “Turkey in the Straw” (“Zip Coon”) (c. 1824), “Oh Susanna” (1854), “Dixie” (1859), “Buffalo Gals” (1844), and “Old Folks at Home” ("Swanee River") (1851), were originally composed for the minstrel stage and first performed on northern stages by white singers in blackface. These blackface performers adopted and exaggerated the styles of African-American song and movement in a politically charged process. After the Civil War, African-American performers were only able to establish a toehold in the entertainment industry by conforming to the still popular, and demeaning, forms that originated with white performers in blackface.

African Americans themselves created all-black minstrel shows, contributing songs like “Carry Me Back to Old Virginny” (1878) and “O Dem Golden Slippers” (1879) to the repertory. European songs, especially sentimental songs like those contained in Moore’s Irish Melodies (1808-1834) and arias from Italian operas, remained important in the first half of the nineteenth century, joined by similar songs composed in America, for example “Jeanie with the Light Brown Hair” (1854), “Lorena” (1857), and “Aura Lee” (1861), recorded with new lyrics in 1956 by Elvis Presley as “Love Me Tender.”

American song in the second half of the nineteenth century underwent a tremendous commercial expansion, which extended into the twentieth century and indeed has not abated today. Initially, sheet music and pocket songsters were the primary means of circulating songs, since many Americans played and sang music in their own homes. The music publishing industry was increasingly concentrated in New York City’s famous “Tin Pan Alley” by the 1880s. After that point, however, songs also came to be bought, sold, and preserved in a succession of new media: sound recordings and player pianos in the 1890s; radio in the 1920s, movie sound tracks in the late 1920s, television in the 1950s, cassette tapes in the early 1960s, CDs in the early 1980s, DVDs in the mid 1990s, and MP3s in the late 1990s. This commercial expansion meant that more songs were composed, performed, produced, and consumed in the United States, as well as exported to, and received from, the rest of the world.

Expansion and commercialization extended a process that began with the minstrel show: songs that had once been restricted to ethnic minorities or immigrant groups were marketed to the entire nation. Irish ballads like “Danny Boy” (1913), “My Wild Irish Rose” (1899), and "When Irish Eyes Are Smiling" (1913) became popular among non-Irish singers and listeners; so did Italian songs like “O Sole Mio” (1899). Jewish composers and performers likewise incorporated elements from their culture into American music, as when Sophie Tucker alternately sang her popular “My Yiddishe Momme” (1925) in English and Yiddish. African-American traditions gave rise to a succession of distinctive song styles: spirituals, ragtime, blues, and, later, rhythm and blues, all appropriated enthusiastically by white American performers and audiences. 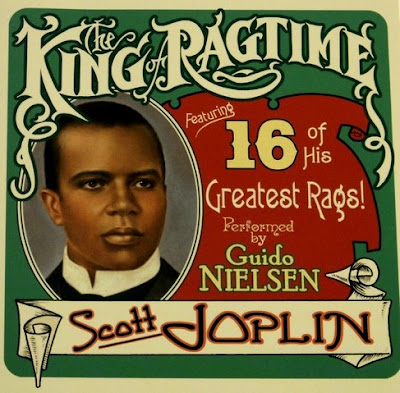 This was not simply a matter of cross-marketing or trading repertories. Songwriters and performers from a wide range of backgrounds listened to each other’s music, learned from it, parodied it, created new styles out of it, and crossed back and forth between musical genres. By the 1970s, for example, an African-American performer like Ray Charles, deeply rooted in black religious music, the blues, and rhythm and blues, could easily take a country music song like “You Are My Sunshine” (1940) or a sentimental ballad like “Georgia on My Mind” (1930) and make them his own.

By the 1950s two different, seemingly contradictory, things were coming to be true about American popular music. The first is that some songs remained familiar across long periods of time and to very different people. A so-called “standard”—a song from Tin Pan Alley’s glory days (roughly 1910 to 1954)—might be recorded hundreds of times over several decades and remain familiar today. “St. Louis Blues” (1914), “Stardust” (1929), and “God Bless America” (1939) are still with us, in multiple versions. At the same time, with the rise of rock ‘n roll in the 1950s and the great commercial success of African-American rhythm and blues and soul music in the following decade, taste in popular song was increasingly separated by age, race, ethnicity, region, and gender. Perhaps the best sign of this is the proliferation of musical categories in record stores and in music award shows. 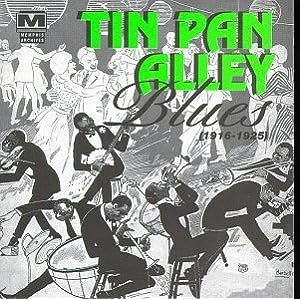 These seemingly contrary tendencies may well be two sides of the same coin and part of a long-standing process in American music. For at least the past two centuries, much of what is dynamic in American music arose out of a continual process of sampling, fusing, and appropriating the different musics that make up American popular song. Commercial music industries, from live entertainment to sheet music to recordings, while catering to mainstream audiences, have also sought out musical styles and performers from beyond the mainstream. Marginalized by factors such as geography, race, and economic class, performers and styles such as “hillbilly” or country music, delta blues, and hip hop have worked their way onto stages and into recording booths throughout the history of American popular song. (source: History Matters)