From the Chicago Defender, "West and Smiley Latest Attacks Reflect Failed Right Wing Strategy," on 15 November 2012, by Bankole Thompson, Chronicle Senior Editor, Michigan Chronicle -- After President Barack Obama's resounding victory Tuesday night, Nov. 6, ensured a second term and ushered in more serious thought about the significance of the Obama era, professor Cornel West and talk show host Tavis Smiley offered their take on the re-election and their examination of what took place on Election Day. It wasn't a humble admittance of how the political landscape has changed.

It wasn't a recognition of the nexus between the Obama campaign and the formidable power of the vote by communities of color cataloged in the 2010 Census report.

Instead, it was a showman display of arrogance by West and Smiley, still thinking they are the oracles of Black America, and West particularly offering the most scathing dismissal of the Obama era just days after Nov. 6 marked a major seismic shift in history spotlighting the electoral power of people of color and women.

"So it's very sad. I mean, I'm glad there was not a right-wing takeover, but we end up with a Republican, a Rockefeller Republican in blackface, with Barack Obama, so that our struggle with regard to poverty intensifies," West told "Democracy Now!" co-host Amy Goodman.

In an election where numbers have shown a clear victory for a multiracial coalition, West cannot engage in metaphorical meandering and hermeneutical flourishing as a substitute for the legitimacy of scientific data that showed the potency of the Obama campaign.

We honor the legacy of struggle and the Black prophetic tradition because it has been the platform that highlighted the indignities suffered by Black people and people of color in general espoused notably by James Cone and Gustavo Gutierrez in their exposition of liberation theology, and Desmond Tutu whose fight for people of color around the globe demonstrated an intercontinental liberation theology trifecta.

However, the Black prophetic tradition cannot be used an excuse or exploited to wage unwarranted opposition and ego-driven postulation against a president whose electoral legitimacy was solidified by a new racial majority.

Calling the 44th Democratic President of the United States a "Rockefeller Republican in blackface" calls into serious question the honesty of West whose book "Democracy Matters" pays homage to the democratic tradition and the democratic process where the ballot box is respected because it is the holy grail of democracy. Therefore, when people speak through the ballot box their voice ought to be respected.

To now dismiss this seismic shift through the ballot box by insulting the president and calling him a fraud is in essence an insult to the intelligence of everyone who voted for Obama.

It is an elitist exercise by West who lamented like a child over not having a ticket to Obama's first inauguration in 2009, and also Smiley who complained that Obama is the first president in his professional life who has not invited him to the White House.

It makes us wonder if the West and Smiley drama that began during the 2008 campaign is really driven by genuine interest and concern for the poor or simply by their own egos since they no longer have access to the White House under Obama.

Both men throughout the years through intellectual marketing and emotional acrobatics have positioned themselves almost as the sacred spokespersons for Black America. And since the dawn of the Obama age, they've been gradually booted off the stage with the rise of new thinkers and many are now looking at them with suspicion.

In the Obama age we are witnessing a growing number and diverse range of Black intellectuals and thought leaders who are not looking for West and Smiley to bless them before they offer their prognostics on issues affecting Black America. West and Smiley do not own the real estate on Black issues and cannot be purportedly speaking on behalf of everyone.

The strategy now employed by West after Obama's re-election threw him into a tantrum like a child not having his way, and is to accuse every level-headed observer of the Obama era, like MSNBC hosts Melissa Harris Perry, Rev. Al Sharpton and political analyst and Georgetown professor Michael Eric Dyson as individuals trading their credibility among the masses of Blacks in exchange for access to Obama.

"I love Brother Mike Dyson, too, but we're living in a society where everybody is up for sale. Everything is up for sale. And he and Brother Sharpton and Sister Melissa and others, they have sold their souls for a mess of Obama pottage. And we invite them back to the Black prophetic tradition after Obama leaves.

But at the moment, they want insider access, and they want to tell those kinds of lies. They want to turn their back to poor and working people," West said on "Democracy Now!"


In fact, West once called Perry "a fake and a fraud" for chastising him about his vitriolic rants against Obama.

That really says a lot about the landscape of the Black intelligentsia dominated by egotistical men like West who instead of welcoming a new viewpoint from a rising star like Perry, wants to shut her down. Is West simply jealous or threatened because the Obama dispensation has shown that there are Black thinkers other than West and Smiley? 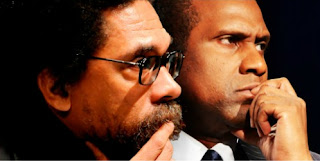 For an intellectual like West to so comfortably engage in ad hominem attacks against others who do not agree with his viewpoint confines him to the narrowness of a non-intellectual pursuit for truth. His repulsive response to the president's victory shows he and Smiley and others like him are in denial.

During the "Democracy Now!" interview, Goodman asked Smiley to respond to Professor Dyson's remark in a separate interview where he said, "But the reality is, is that Obama is as progressive a figure who has the chance of being elected in America. And if the American left can't be involved in the actual practice of government to offer the critical and salient insights that are available — take 2000, when siding with Nader, then Al Gore, who should have been president, who would have prevented some of the stuff that we see now happening, didn't occur. The left won't take responsibility for the fact that, with the extraordinary intelligence of a Glen Ford and many other leftists notwithstanding, the reality is that he's the most progressive president, as Gary Dorrien, an American leftist who teaches at Union Theological Seminary argues, since FDR." 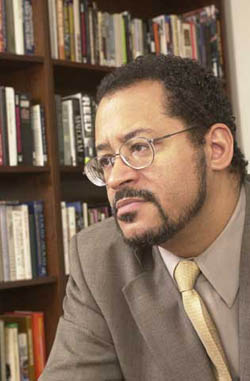 
Smiley responded, "It is so disappointing to hear Michael, Professor Dyson, advance that kind of argument. He comes out of a Black prophetic tradition that is rooted in speaking truth to power — and, I might add, to the powerless. But to somehow try to suggest in any way that this president has been progressive or is the best example of progressivism that we could put forth in this country is just inaccurate."

Smiley's response shows that he doesn't understand what Dyson is explaining in his criticism of the leftist movement, and how the Nader blunder cost Al Gore the election. That at some point you have to face the reality and take responsibility and be engaged to make a difference, and you can't be in the parking lot shouting while the meeting is going on. 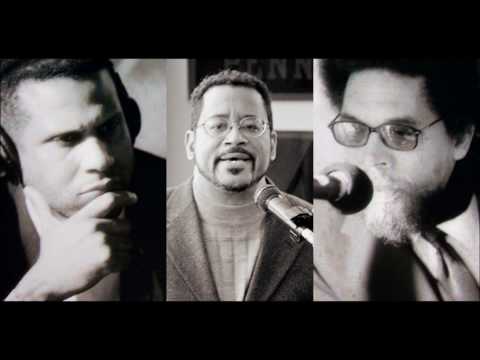 West and Smiley are replaying the right wing machine in their vehement attacks against Obama and when West once said he wanted to slap Obama upside the head, it showed his lack of respect for the leader of the free world.

West is no different from Mitt Romney's eldest son who said he wanted to take a swing at the president during one of the debates. It says a lot about how these two men, West and Smiley, view Obama.

The representation of West and Smiley in the past year and their so-called poverty tour as oracles for the poor and the simultaneous positioning of themselves as opposed to President Obama, among other things, ignores the history of the president's work on the South Side of Chicago as a community organizer, catering to those who have been left behind by society. (source: Chicago Defender)