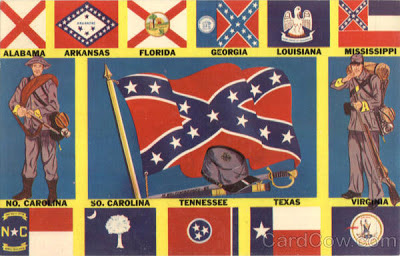 In 1864 the Civil War was raging through parts of the South, but actual fighting hadn't reached remote Andersonville, Georgia, where the prison camp, Fort Sumter, had been built. On one particularly hot July evening that year, a Confederate guard from the 26th Alabama regiment stood watch on the parapet of the stockade prison, which was more commonly referred to as Andersonville Prison by the locals, and as "hell" by the Union soldiers and sailors incarcerated there.

The prison was nothing more than acres of open ground surrounded by a stockade fence and earthworks barricades. The destitute prisoners sheltered themselves as best they could, some with makeshift tents, others in shallow holes dug in the dirt, lined with pine needles, and covered with whatever scrap of fabric the men had-a tarp, a blanket, maybe a tattered coat. The prison was so crowded that each man had just enough room to lie down.

As dusk gave way to night, the guard looked out on thousands of prone, wretched bodies-some of them nearly skeletons from dysentery and malnourishment-and he thought of Andersonville as a massive graveyard where the corpses were still breathing and graves were yet to be covered.

It was a damn pity, the guard thought, but this was war, and from what he'd heard, the Yankees had their own prison camps. (source: http://vcwsg.org/PDF%20Files/Andersonville.pdf)


"Andersonville" Prison Camp History  --  In late 1863, the Confederacy found that it needed to construct additional prisoner of war camps to house captured Union soldiers waiting to be exchanged. As leaders discussed where to place these new camps, former Georgia governor, Major General Howell Cobb stepped forward to suggest the interior of his home state. Citing southern Georgia's distance from the front lines, relative immunity to Union cavalry raids, and easy access to railroads, Cobb was able to convince his superiors to build a camp in Sumter County. In November 1863, Captain W. Sidney Winder was dispatched to find a suitable location.


Arriving at the tiny village of Andersonville, Winder found what he believed to be an ideal site. Located near the Southwestern Railroad, Andersonville possessed transit access and a good water source. With the location secured, Captain Richard B. Winder was sent to Andersonville to design and oversee the construction of the prison. Planning a facility for 10,000 prisoners, Winder designed a 16.5 acre rectangular compound that had a stream flowing through the center. Naming the prison Camp Sumter in January 1864, Winder used local slaves to construct the compound's walls. 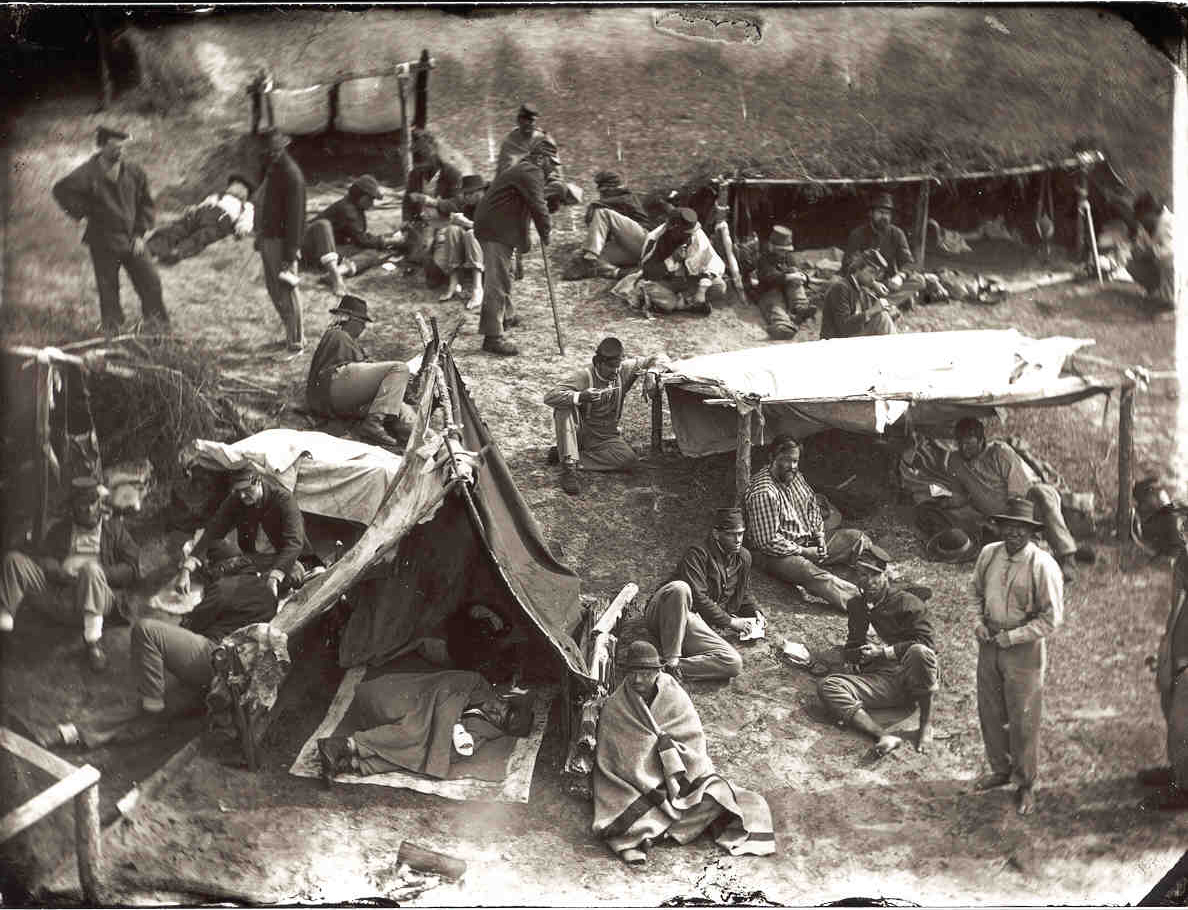 Built of tight-fitting pine logs, the stockade wall presented a solid facade that did not allow the slightest view of the outside world. Access to the stockade was through two large gates set in the west wall. Inside, a light fence was built approximately 19-25 feet from the stockade. This "dead line" was meant to keep prisoners away from the walls and any caught crossing it was shot immediately. Due to its simple construction, the camp rose quickly and the first prisoners arrived on February 27, 1864. While the population steadily grew, it began to balloon after the Fort Pillow incident in April. On April 12, 1864, Confederate forced under Major General Nathan Bedford Forrest massacred black Union soldiers at Fort Pillow, TN. In response, President Abraham Lincoln demanded that black prisoners of war be treated the same as their white comrades. This was refused by Confederate President Jefferson Davis. As a result, Lincoln and Lt. General Ulysses S. Grant suspended all prisoner exchanges. With the halt of exchanges, POW populations on both sides began to grow rapidly. At Andersonville, the population reached 20,000 by early June, twice the camp's intended capacity. With prison badly overcrowded, its superintendent, Major Henry Wirz, authorized an expansion of the stockade. Using prisoner labor, a 610 ft. addition was built on the prison's north side. Built in two weeks, it was opened to the prisoners on July 1. Despite this 10-acre expansion, Andersonville remained badly overcrowded with the population peaking at 33,000 in August. Throughout the summer, conditions in the camp continued to deteriorate as the men, exposed to the elements, suffered from malnutrition and diseases such as dysentery.

With its water source polluted from the overcrowding, epidemics swept through the prison raising its monthly mortality rate to around 3,000. These prisoners were buried in mass graves outside the stockade. Life within Andersonville was made worse by a group of prisoners known as the "Raiders" who stole food and valuables from other prisoners. These were eventually rounded up by a second group known as the "Regulators." Following their capture, the Raiders were put on trial by the prisoners and found guilty. Punishments varied from ball and chain to, in six cases, hanging.

As Major General William T. Sherman's troops marched on Atlanta, General John Winder, the head of Confederate POW camps, ordered Wirz to construct earthwork defenses around the camp. These were not needed as following Sherman's capture of the city, the majority of the camp's prisoners were transferred to a new facility at Millen, GA. In late 1864, with Sherman moving toward Savannah, some were transferred back to Andersonville raising the prison's population to around 5,000. It remained at this level until the war's end in April 1865.

Andersonville has become synonymous with the trials and atrocities faced by POWs during the Civil War. Of the approximately 45,000 Union soldiers who passed through Andersonville, 12,913 died within the prison's walls. This represented 28% of Andersonville's population and 40% of all Union POW deaths during the war. In May 1865, Wirz was arrested and taken to Washington. Tried for conspiring to impair the lives of Union prisoners of war, he was found guilty that November. In a controversial decision, Wirz was sentenced to death and hung on November 10, 1865. He was the only individual tried, convicted, and executed for war crimes during the Civil War. The site of Andersonville was purchased by the Federal government in 1910, and is now the home of Andersonville National Historic Site. (source: http://militaryhistory.about.com/od/civilwar/p/andersonville.htm) Eliza Andrews of Washington, Georgia wrote: "It is dreadful. My heart aches for the poor wretches, Yankees though they are, and I am afraid God will suffer some terrible retribution to fall upon us for letting such things happen. If the Yankees ever should come to southwest Georgia and go to Ander-sonville and see the graves there, God have mercy on the land!"

Nazis? No, these are victims of the Confederate Concentration Camp in Andersonville, Georgia, U.S.A., 1864. United States soldiers who were white, Christian, English speaking men fighting for the freedom.