The Domestic Slave Trade in America 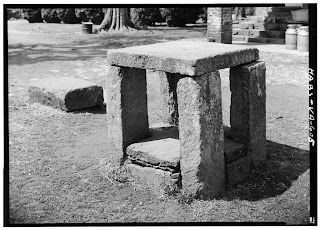 The Domestic Slave Trade in America: The Lifeblood of the Southern Slave System


The domestic slave trade, in all its components, was very much the lifeblood of the southern slave system, and without it, the institution would have ceased to exist. By serving as the economic conduit between the upper South and the lower South, the interregional slave trade linked together the two main subregions within the South, and provided numerous benefits for both. Moreover, it helped to create a national slave market that resulted in an escalation of property values across the South. While this rise in slave prices often made it difficult for individuals who wished to purchase, it certainly proved beneficial for the region as a whole.

A stone auction block sits in front of the Planter’s Hotel in Fredericksburg, Virginia

Most important, it increased the monetary value of human property for everyone who owned it. Therefore, by linking the South's two main subregions into a common economic concern, and making the entire slaveholding class wealthier as a result, the creation of a national slave market solidified the region's commitment to the institution of chattel slavery. And it made the domestic slave trade an indispensable component in the southern slave system. 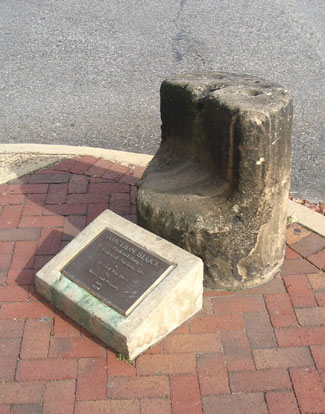 The slave trade's importance, however, was not confined to the South. It also had a major influence upon those outside the region, and especially within the antislavery movement that emerged in the 1830s. In fact, the abolitionists used the slave trade both as a tactical device in attracting new supporters and as a fundamental component in their ideology. Important to their argument was the abolitionists' acute understanding of regional differences within the South and the integral part that the interregional trade played in maintaining the institution of slavery. They realized that the interregional slave trade was the lynchpin that held the entire system together. Most important, they also recognized that this interstate trade was subject to congressional regulation, via the commerce clause of the U.S. Constitution, and it was here that they sought a political solution for abolishing slavery. (source: by Steven Deyle at UC Davis, Yale University)

The first historian to address the block was S.J. Quinn's 1908 History of the City of Fredericksburg, wrote:  "At the corner of Commerce and Charles streets, in front of this hotel, is a stone block about two and a half feet high and some two feet in diameter. It was placed there many years before the Civil war, it is said, for the sale and annual hire of slaves. The slave to be sold was required to stand on this block in the presence of the gathered traders, when he or she was “cried out” by the auctioneer to the highest bidder. Those slaves who were publicly hired out for the year also took their stand on this block and were hired out at the highest price bid. There is probably no relic in Fredericksburg that calls back more vividly the days of slavery than does this stone block."
Posted by Ron at 1:32 PM