The Constellation Fights the Slave Trade 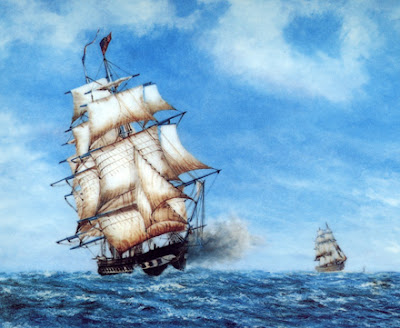 Constellation Fights the Slave Trade
Constellation's proudest service may have occurred during the three years immediately before the Civil War when, as flagship of the navy's African Squadron, she led this nation's fight against the trans-Atlantic trafficking of slaves. Today, little is said or written about those times, and even less is known, but they and this ship were important parts of the struggle against slavery that would eventually overwhelm the nation and, ultimately, free a people.
Tour and hands-on activities combine to bring into view Constellation's active career combating the slave trade and her exciting pursuit and capture of the slave ship Cora from which she rescued 705 captive Africans.
Posted by Ron at 2:35 AM