Queen Sugar and the British Empire 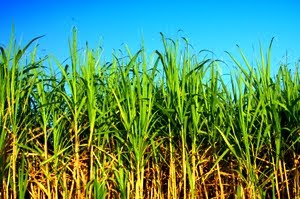 "...but it was rather small potatoes, shall we say, if you want a large palazzo in England, rather than a picket fence in New England. Suppose you wanted to make a serious fortune. Now, where could that happen? " 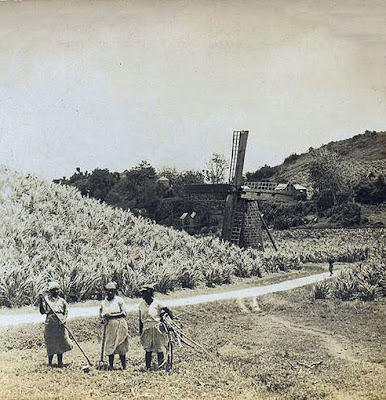 "In the mid-seventeenth century the Caribbean is where. Nobody settled in the West Indies in order to read the bible unmolested. This was not Massachusetts. No, you braved the fevers and the swamps for one reason alone. To make yourself very rich, very fast." "Serious profits were already being raked in catering to Europe's little addictions: chocolate, coffee, and in England, of course, especially tea. But, as money sped-up, nothing compared as the stuff that made them more palatable-- sugar. Once seen as a luxurious drug it was now seen as a necessity--The Cash Crop of the Empire."

Barbados provided the perfect habitat to grow the sugarcane, tropical heat and saturating rain. So, the British settled in the West Indies transforming virgin forests into a patchwork quilt of Sugar Plantations. 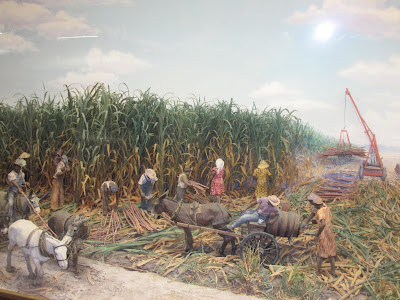 But, Queen Sugar was a bitch.

Demanding absolute service, before she would spill her bounty. She took 14 months to get ripe (all 8 feet of her), but when she was ready, she was ready. Cut the cane at once. Get it to the crushers before it spoiled. Boil the juice, before it degraded. All very messy, and all very dangerous. By the side of the crushing mills hung a sharpened machete ready to sever the limbs of anyone that got caught in the rollers. What She needed was a combination of strength and lightning speed. 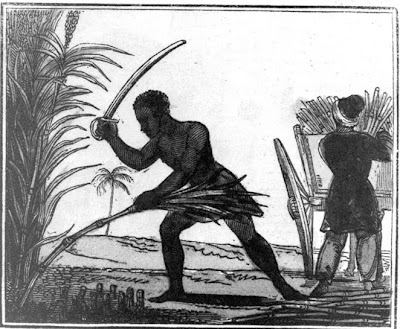 What She needed were human beasts of burden -- strong, quick, durable and uncomplaining. One commodity would be reaped by another... by slaves."--by Simon Schama


A History of Britain, episode 11: The Wrong Empire, chapter 2