As reported by the Washington Times Book Review, by James Scrodes, "BOOK REVIEW: ‘The Internal Enemy: Slavery and War in Virginia, 1772-1832’," on 28 December 2014 -- Too many academic histories these days are marred by narrow topic focus, turgid writing, exhaustive (and exhausting) referencing and simply poor storytelling. And they are too often hideously expensive. This book, however, is a gem of such resonant historiography that you will find yourself begrudging neither its length nor its price. It's that good.

Alan Taylor, the Thomas Jefferson professor of history at the University of Virginia, already has won both Pulitzer and Bancroft prizes for books on early American history. He should be a contender for both again for this accessibly written examination of the fatal and violent dichotomy that haunted life in that largest slaveholding state of Virginia during the 60 years that spanned our own War for Independence and the start of the antebellum overtures to our Civil War.

Even though the time covered was long ago, there is a special timeliness today for those who are baffled by the wave of human beings willing to risk their lives to come from all parts of the world for their share of the American dream while we seem unable to close the racial divide among our own citizenry.

The short answer, which is graphically documented by Mr. Taylor, is that there is a flaw in our common human nature wherein even when we know what the right thing is to do, our own narrow self-interests to often prohibit us making the sacrifices that will result from changing our ways. Owning and driving enslaved human beings troubled the consciences of many Virginians of the day, but nearly all of them shrank from risking their prosperity by setting their bondsmen free.

Mr. Taylor rightly cites the most eloquent summary of the vexing crisis that slavery wrought on the Virginian elite of that time. It is by Thomas Jefferson, who shortly before his death in 1820 summed up, "But as it is, we have the wolf by the ears, and we can neither hold him, nor safely let him go. Justice is on one scale, and self-preservation in the other." 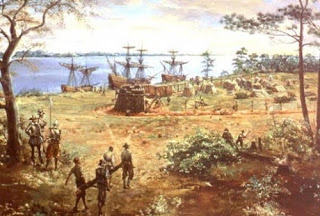 The book nicely walks the reader through personal stories of slaves and planters as individuals and paints a broader picture of the great events that kept Virginia in chaos for six decades. Two devastating wars with Great Britain raged through the region; there were sectional differences with New England that regularly threatened to break up the fragile alliance of Colonies; and indeed at one point it looked as if the newborn national experiment might fail. Virginia's economy and political culture were in constant turmoil as the dominant markets for its main export crops declined and the lure of free land in the unsettled west drew away much of the white working class.

But without doubt the darkest cloud that hung over all Virginians, black and white, was the seemingly insoluble dilemma posed by slavery. For the slaves themselves, their condition required a far more complicated negotiation than the simple, docile subservience that is a staple of the Hollywood version of those times. As Mr. Taylor graphically shows, subservience was no guarantee of safety from the lash or, far, far worse for many, the threat of being sold away to the harsher conditions of the Carolinas and Georgia and the severing of the family ties with spouses and children.

So each individual slave had to negotiate the changeable relationship with the owner and overseers as well as preserve some semblance of a normal life within the larger community of the enslaved on neighboring plantations. Indeed the precious nature of family ties and the deep resentment at laboring without recompense for another's profit were far more galling to the enslaved that the cruel physical punishments and endless toil they endured.

The conflicting attitudes and responses of the white planters of the Tidewater region showed how deeply aware the slave owners were of the immorality of slavery in general and of the deeply seething resentments boiled beneath the surface of the master-slave relationship. Many planters soothed their consciences by believing their human chattels were of another species and not entitled to a common humanity with themselves. Jefferson, for much of his life, considered the breeding and selling of slaves to be his most valuable crop.

But nearly all white slave owners were terrified that their property one day would rebel and wreak a terrible vengeance on them. Aside from the sporadic slave revolts that jarred equanimity, the recruitment of slaves by the British in the Revolution scared them witless even though the actual numbers were quite small. 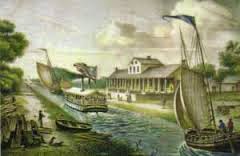 But when the War of 1812 brought British warships into the Chesapeake, its commanders realized that recruiting African slaves served multiple purposes: It terrified the Virginians, who diverted militia to guard plantations, it provided the British with knowledgeable guides and scouts, and in 1815, there were enough runaways to constitute a unit of Marines who fought splendidly throughout the Tidewater and took part in the capture and burning of government buildings in Washington.

The epilogue of the story Mr. Taylor tells is somber. The British did honor promises and carried away thousands of loyal runaways and their families to distant places such as Nova Scotia and Trinidad. But the brunt of the backlash owners felt fell on those who remained behind. The regional battle lines over the whole slavery issue hardened and metastasized into the conflict over America's expansion into the territories that are now the Midwest. One can only conclude that our Civil War may have been inevitable, but the 60-year episode Mr. Taylor offers us surely added fuel to the fire when it ignited.  {source: The Washington Times; James Srodes' latest book is "On Dupont Circle: Franklin and Eleanor Roosevelt and the Progressives Who Shaped Our World" (Counterpoint).]
`


The Internal Enemy: Slavery and War in Virginia, 1772-1832 By Alan Taylor from Virginia Historical Society on Vimeo.
Posted by Ron at 6:13 AM