The Eve of Destruction: How 1965 Transformed America

The Great Northeast Blackout? Gemini space travel? Sonny and Cher? The confrontation on the Edmund Pettus Bridge? Annette Funicello and Frankie Avalon in “How to Stuff a Wild Bikini?’’ The Dow hitting record heights (942.5 in October, quaint in today’s perspective)?

This was a year when politics and culture trumped all, for according to the distinguished Brown University historian James T. Patterson, 1965 — roughly the middle year of the seventh decade of the 20th century — was “the inaugural year of the Sixties.’’

Patterson’s “The Eve of Destruction’’ — not quite a reprise nor quite a work of revisionism — is no romantic romp of nostalgia. It is a searching look at a year that spawned Lyndon Johnson’s Great Society legacy of legislation on education, civil rights, and health and produced a high tide of American liberalism even as bloody confrontations at Selma, bombings in North Vietnam, and a credibility gap in the capital showed cracks in the American edifice.

This was the pivot of the decade, perhaps of the post-war era at the very least, as Patterson argues “the time when America’s social cohesion began to unravel and when the turbulent phenomenon that would be called ‘the Sixties’ broke into view.’’ But it also spawned a byproduct — backlash, in the argot of the decade — that is perhaps its most enduring legacy, the growth of a new conservatism that viewed the forces unleashed in 1965 as, in the words of Newt Gingrich, “a calculated effort by cultural elites to discredit this civilization and replace it with a culture of irresponsibility that is incompatible with American freedoms as we have known them.’’ 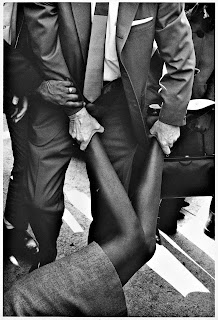 In a nation of constantly growing expectations the political forces of 1965 were jarring and disorienting. A nation of prosperity experienced economic doubts, a nation that had lived in peace contemplated a difficult war, a nation that believed devoutly in its own good and celebrated its freedoms confronted racial evil and inequality.

This was an unusual time in American history, a time when reform movements, apart from civil rights, flourished because of idealism instead of being fed by despair. “Johnson and his ambitious fellow liberals exuded confidence — even hubris — about the capacity of the nation to prosper and of the government to accomplish wonderful things.’’ LBJ put it succinctly: “[A]ny problem could be solved.’’

So the president and the Congress he so astutely and sometimes cynically maneuvered set out to fix more problems than any president and any Congress ever contemplated, to provide Medicare and Medicaid, a landmark education bill, the Voting Rights Bill, and many more. At the same time, Americans began pouring into Vietnam, and the South (and later Los Angeles) began to erupt in violence.

Most of the year and most of the country were tranquil. Radios played “Eight Days a Week’’; theaters showed ‘’The Sound of Music’’; computers began their inexorable march toward indispensability and ubiquity. But there were faint, disquieting stirrings of a future that wasn’t so tranquil.

It was no coincidence that some of the song titles of the year were “(I Can’t Get No) Satisfaction’’ (Rolling Stones) and “The Times They are A-Changin’ ’’ (Bob Dylan). In some ways it doesn’t matter that “It Was a Very Good Year’’ by Frank Sinatra won the Grammy for best male vocal performance of 1965. “Eve of Destruction,’’ sung by Barry McGuire, which hit No. 1 in top 40 charts on Sept. 25, wasn’t as pretty a song but its theme and lyrics are unforgettable to anyone alive in 1965, and it makes for by far the best book title of the season.

Said Time magazine: “[T]he rallying cry is no longer, ‘I wanna hold your hand,’ but ‘I wanna change the world.’ ”

At the heart of 1965 was the triumph and then the tragedy of Johnson, who misjudged the Viet Cong and the American people, thinking they both would bend to his will. “Lyndon Johnson, master manipulator, was losing his political touch,’’ Patterson writes.

The year, meticulously described and deftly analyzed in this crisp volume, ended with contention over Vietnam, within the black movement, on the campus, at the family dinner table, in the White House, and in the Democratic Party. Ahead in 1966 was the founding of the Black Panthers, nationally broadcast Senate hearings on Vietnam, midterm congressional elections that would take 47 new Republicans, including Representative George H.W. Bush of Texas, to the House and the Broadway debut of “Man of La Mancha.’’ Need I mention that the show’s most, enduring song was called “The Impossible Dream”?  (source: The Boston Globe; David M. Shribman, executive editor of the Pittsburgh Post-Gazette)