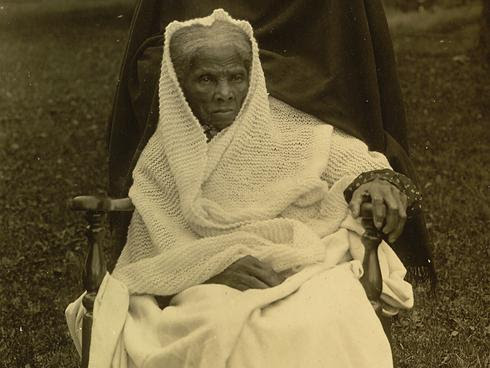 From the UK Guardian, "Russell Simmons, you defamed not just Harriet Tubman but all black women: Would the Def Jam co-founder, who released a 'sex video' about the great abolitionist, have made a comic spoof about lynching?" by Kimberly Foster, on 16 August 2013 -- Not all heroes are created equal. Some garner considerably more praise and attention. For a lucky few, we fight fiercely to preserve their work and reputation because collectively we agree that this is what they deserve.

But the women I most admire have stories that remain largely untold. They are not usually placed on pedestals, but these are the stories that need to be most diligently looked after. If not, the uninformed tellers of history will twist and obscure them beyond recognition.

The release and circulation (on YouTube) of the "Harriet Tubman Sex Tape" evidences how little is thought of the women of color who make history. The clip, made available on the All Def Digital YouTube channel owned by entertainment mogul Russell Simmons, depicts the noted conductor of the Underground Railroad seducing and deceiving her master. The video also shows Tubman (Shanna Malcolm) and her master (Jason Horton) in explicit sexual positions while donning antebellum drag.

The short video attracted widespread negative attention on social media, with black women leading the charge. All Def Digital removed the video from YouTube, but that action could not undo the damage already done by Simmons, writer/director Daryl Johnson, and the video's participants.

When presented with an opportunity to tell the stories of the under-recognized, the chronicler has a responsibility to tell the truth. Unfortunately, Simmons and Johnson contributed to the ongoing misinformation about black women, slavery, and sexual assault. 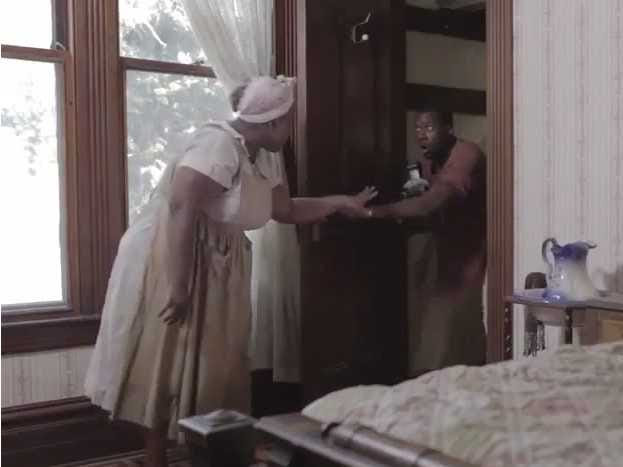 Tubman made her way and led hundreds of others to freedom during her many trips on the Underground Railroad. The depth of her courage and strength of her character cannot be understated, yet the "Sex Tape" falls back on tired stereotypes of black womanhood.

As black women continue the work to tell our stories, and those of our foremothers, with honesty and dignity, seeing one of our heroes reduced to a the role of "Lustful Jezebel" hurts. How disappointing that while Simmons advocates for the full humanity of black boys and men, he chose to support the degradation of an iconic black woman, while downplaying the rape and sexual abuse black women faced historically.

In a tweet sent before the furor began, Simmons called the video the "funniest thing" he had ever seen. Clearly, the traumas inflicted upon black female bodies mattered little in his eyes. The gendered nature of sexual violence allows Simmons and other men to find humor in the implied abuse, while striking out against the violence they feel affects them more directly.

Would Simmons produce a historical parody about lynching? Imagine a light-hearted spoof of the assassinations of Martin Luther King or Malcolm X. The absurdity of such undertakings reveals itself immediately.

That anyone would find the video appropriate underscores the necessity of accurate conversations about the realities of chattel slavery. Slave holders subjected enslaved women to nothing short of sexual terrorism. Whatever sexual relationships masters and the enslaved engaged in were overwhelmingly coercive, not consensual. In a culture that continues to marginalize the voices of sexual assault survivors, this inaccurate re-imagining is not only offensive, but irresponsible.

Simmons still appears to be unable to grasp the work's potential consequences. Hours after All Def Digital pulled the video, he offered an empty apology that displayed his disregard for the pain and frustration of black women and proves further that he should not be entrusted with creating or distributing images that portray black women.

We must take seriously the sacrifices of the women and men whose blood, sweat and tears made our existences possible. Harriet deserves nothing less than respect – the same respect shown to men and women of other races. Hypersexualizing Harriet Tubman only serves to diminish her power and historical importance.

Tubman is one of many black women revolutionaries whose legacies continue to inspire. In fully embracing her truth of survival and resistance, we can each stand tall in our own.  (source: The UK Guardian)