The Bowmans had been keeping up with the civil rights activities in the States by listening to the radio. The movement was of interest across the world. Dr. Bowman remembers hearing “Little Rock, Little Rock, Little Rock . . .” being discussed in Russian and Farsi. Apparently his young daughter also heard these conversations over the years. One day his little girl, who had been born in Shiraz, looked up at him and asked, “Daddy, what’s a Negro?” Dr. Bowman knew at that moment it was time to return to Chicago with his wife and young daughter. 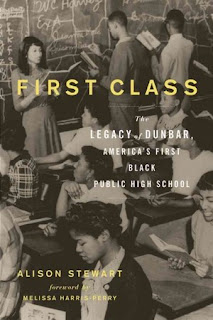 “That is what he says, yes.” Valerie Jarrett, senior advisor to President Obama, has heard this story before. She has that look of amusement and mild irritation common to those whose parents repeatedly tell stories that are embarrassing, yet funny and true. “I don’t remember, but I’m not surprised at all by that. My parents have said that that was the reason why they came home, because they didn’t feel like I had any black identity. Because they [Iranians] didn’t distinguish between white Americans and black Americans. We’re all Americans.” It was something the Iranians were able to do that many in the United States could not.

Jarrett’s office in the White House looked like almost any other office of a prominent executive, with wooden chairs around the conference table and the all-knowing assistant about ten feet away, just outside the door. Her days were scheduled in increments, and she was all business. Yet her voice was warm when she spoke of her father.

While Jarrett didn’t remember asking the “Negro” question, she did remember the first time her father told her about Dunbar.

“I was a very young child. Dunbar was critical in my father’s past, to his life’s path. He gives it full credit for having been educated—he, together with his colleagues—at a world-class level. Anytime I would ever say anything that was grammatically incorrect, he would say, ‘As Dunbar High School taught me . . .’ and then he would correct me. And he’s a big believer in, ‘Do not be lazy with grammar’; ‘Do not be lazy, period.’ Certainly don’t be lazy in how you speak. And, I think that, as a young child, I remember him telling stories about Dunbar High School. And, really, to this day, just gives it an enormous amount of credit for the shaping of his life.” That life led him to be a pioneer in hematology and a professor at the University of Chicago as well as the director of the Comprehensive Sickle Cell Center at the University of Chicago. He was keen on education and spent years as the medical school’s dean of minority affairs.

Bowman’s yearbook superlative was “enthusiastic,” and he was voted “Most Energetic.” His energy and love of his school were apparent when, at age eighty-eight, he traveled to Martha’s Vineyard to join four other 1930s Dunbar graduates for a Chautauqua about the school’s history. Martha’s Vineyard had for years been a haven for black Americans, a place for friends and family to reunite. Most important, it was a place of relaxation for people who lived their days working hard to stay upright in the mainstream. As one historian put it, the Vineyard was a place for black Americans to “carve out niches . . . a place to celebrate with friends and not have to explain a damn thing.”
Regularly on the island there are lectures and happenings highlighting African American culture, including Harvard’s Charles Hamilton Houston Institute’s annual event. On an August day in 2010, the audience at the high school on the small island was filled with curious history buffs, Dunbar graduates, and their families, who had come to listen and honor the octogenarian and nonagenarians on stage, including Dr. Bowman.

Jarrett’s father, sporting his usual bow tie and suit, told the audience, “We were always told, almost brainwashed, that you can do it and when you leave here you can compete. That’s the most important thing. And we believed it. When you get out, you can compete with anybody.” Bowman was making the point that Dunbar’s children were never, ever made to feel inferior to or less than anyone else. It was a perverse benefit of the times. He explained it this way. “One of the advantages of segregation: we were there in a closed world. We couldn’t communicate with the other side. We couldn’t go to theater downtown. We couldn’t go to a restaurant but we believed we shall overcome.” (source: MSNBC)


Visit NBCNews.com for breaking news, world news, and news about the economy
Posted by Ron at 3:24 PM