CAPITOL MEN: The Epic Story of Reconstruction Through the Lives of the First Black Congressmen, by Philip Dray, Illustrated. 463 pp. Houghton Mifflin Company. $30


From the New York Times, on 28 September 2008, "Sons of the South," by David S. Reynolds  --  In a speech in 1861, on the eve of the Civil War, Alexander H. Stephens, vice president of the newly formed Confederate States of America, declared that the South was great because of slavery. The Confederacy, he said, had achieved “the highest type of civilization ever exhibited by man,” because “its cornerstone rests upon the great truth that the Negro is not equal to the white man, that slavery — subordination to the superior race — is his natural and normal condition.”

Four blood-soaked years later, the South was in ruins and slavery had been abolished. But the view that blacks must be kept down persisted among disgruntled ex-Confederates like Stephens, who became a leading foe of civil rights.

One of the stirring episodes in Philip Dray’s eye-opening book “Capitol Men” involves Stephens getting his comeuppance on the floor of the House of Representatives at the hands of Robert Brown Elliott, a black congressman from South Carolina who was riding the progressive tide of Reconstruction. In January 1874, after Stephens challenged a civil rights bill that was before Congress, Elliott eloquently defended social and political equality for all Americans, regardless of race. To applause and cheers, he remarked of the Confederacy, “The progress of events has swept away that pseudo-government which rested on greed, pride and tyranny.” Reconstruction had remade democracy. American society, he said, was poised to become “the grandest which the world has ever seen” because of legislation like the civil rights bill, which would bring “equal, impartial and universal liberty.” 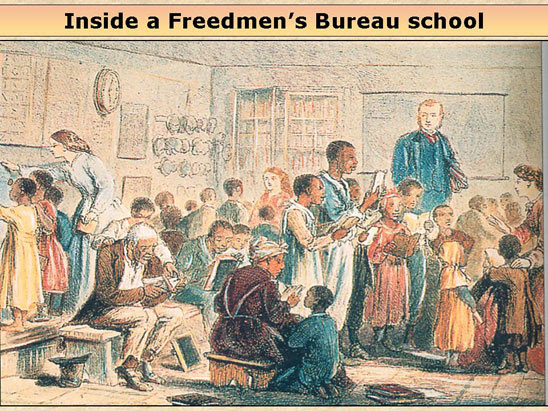 Was Reconstruction, then, a success or a failure? Did it bring real progress for ­African-Americans? Some argue that it did little good in the long run, as evidenced by its aftermath — the period between the late 1870s and the early 1950s, when advances blacks had made just after the Civil War were largely negated. Others say that Reconstruction, though ephemeral, established an ideal of racial equality that America is still trying to reach.

Dray casts fresh light on the positive aspects of Reconstruction and powerfully dramatizes its negative side. His well-researched book is both exhilarating and disturbing. It offers a collective biography of several black congressmen in the South during Reconstruction who bravely took a public stance against racial prejudice. But it also shows that these politicians were stymied by a rising culture of white supremacy and home rule in the South. 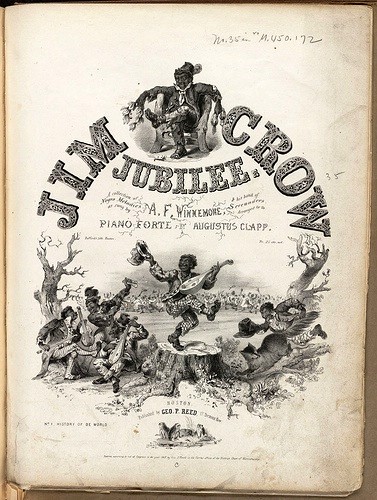 While only two blacks, both from the North, are known to have held public office in American history up to the Civil War, hundreds of African-­Americans were elected during Reconstruction as a result of Northern Republicans’ efforts to refashion Southern governments and compensate for centuries of slavery. Political activity among African-Americans was especially notable in South Carolina, Mississippi and Louisiana, the states with majority black populations. In Mississippi alone, during the 12 years of Reconstruction, 226 black officials served in every position from county tax collector to United States senator.

Dray focuses on a handful of black leaders on the national scene, bringing attention to figures often neglected in Reconstruction surveys. These politicians were pioneers. Hiram Rhodes Revels of Mississippi became the first African-American member of Congress in 1870 when he took the Senate seat once held by Jefferson Davis. Another Mississippian, Blanche K. Bruce, was also elected to the Senate, where he combated segregation. Senator P. B. S. Pinchback of Louisiana had been a riverboat gambler and street fighter before becoming a forceful advocate for the integration of blacks into white society. South Carolina elected blacks to the House of Representatives, including Robert Smalls, a former slave and Civil War hero who endorsed free public education for all children, and Richard Cain, who emphasized black economic opportunities.

These and other leaders set an important precedent of political involvement for later generations of African-­Americans. They also worked with forward-thinking whites who supported the 15th Amendment, which gave black men the vote; the Freedmen’s Bureau, which arranged labor relations between blacks and their former masters; and several civil rights bills.

Dray, the author of “At the Hands of Persons Unknown,” a history of the lynching of African-Americans, demonstrates that the more powerful blacks became, the more hostility they provoked among Southern whites. Some areas in the South enforced Black Codes, which set curfews for blacks, barred them from militias and regulated their private conduct. The Ku Klux Klan enlisted whites who disguised themselves and made nighttime rides terrorizing blacks. Groups with names like the White League, the Southerns and the Flanagan Guards copied the Klan.

Dray provides harrowing details about race riots that erupted in New Orleans, Memphis and other Southern cities and towns. With appalling regularity, white mobs went on rampages, massacring scores of blacks. “We are going to kill all the Negroes,” a Mississippi man announced during one such spree. “The Negro men shall not live.”

Whites stripped blacks of power in the voting booth. Voter fraud, intimidation and bribery became rules of thumb in many Southern states. One Southerner wrote, “Every Democrat must feel honor bound to control the vote of at least one Negro, by intimidation, purchase, keeping him away or as each individual may determine.”

Economic ostracism also took a heavy toll. Republicans, both white and black, found it hard to earn a living when their names appeared in local papers with warnings that advised readers not to hire them or patronize their businesses. 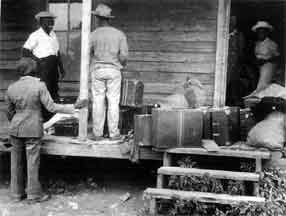 Other problems sped the downfall of Reconstruction. President Ulysses S. Grant, though supportive, lagged in enforcing its regulations. Women’s rights reformers complained that federal law awarded suffrage to black men but withheld it from women. A severe financial blow came in 1874 when the Freedman’s Bank in Washington, an economic hub for African-­Americans, collapsed owing to ­mismanagement.

White supremacists became increasingly brazen. The South Carolina politician Benjamin Tillman declared: “We have done our level best” to disenfranchise blacks. “We have scratched our heads to find out how we could eliminate the last one of them. We stuffed ballot boxes. We shot them. We are not ashamed of it.”

Many blacks decided to leave the South. It is telling that one of the last black leaders Dray discusses at length is the former slave Benjamin Singleton of Nashville, who decided that people of color would never gain equal rights if they remained in the South. Singleton led the so-called Exoduster Movement, in which thousands of Southern blacks re­located to the Kansas frontier.

By the 1880s, Southern blacks had two alternatives, both grim: leave and face an uncertain future elsewhere, or stay put, virtually without citizenship rights, under the constant threat of violence. It would not be until Brown v. Board of Education, Rosa Parks and Martin Luther King Jr. that the oppressive weight of legalized segregation began to lift. Even today, Robert Brown Elliott’s prophecy of “equal, impartial and universal liberty” in America seems like an impossible dream.  (source: New York Times, David S. Reynolds is a distinguished professor at the Graduate Center of the City University of New York. His new book is “Waking Giant: America in the Age of Jackson.”)