Down In Brazil: A Cemetery of African Slaves Are Honored

By Juliana Barbassa, Associated Press, "Brazil: Cemetery of African Slaves Honored," Rio De Janeiro, on 14 September 2012 (AP) -- RIO DE JANEIRO — Wearing full-skirted white dresses and turbans, the religious leaders chanted blessings and sprinkled water on the concrete floor of a modest house near this city’s port. Beneath their feet were the remains of tens of thousands of African slaves who had died shortly after arriving from their horrific sea voyage.
The bodies had been dumped into a fetid, open-air cemetery, often chopped up and mixed with trash. With the 15-minute ceremony this week, the Afro-Brazilian priests were finally giving the slaves at least the semblance of a proper burial centuries later.

“I thank God for this opportunity,” said Edelzuita Lourdes de Santos Oliveira, or Mother Edelzuita, a well-known leader of a house practicing the candomble religion. “We honored our ancestors today with songs left by them.”
It’s been a long journey not just for the slaves but also for the owners of the house and others seeking to recognize the tragic history in a multiracial country that has often avoided its legacy of slavery and racism. 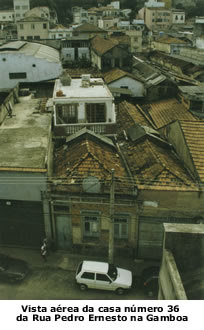 In this case, the remains were discovered by accident, when a couple bought the property in 1996 and started refurbishing it. In the following years, the bones had stayed in pits opened first by construction workers, then researchers. Now, visitors inside the house can look through glass pyramids onto exposed ground and the remains of some of the approximately 20,000 men, women and children interred there.
Most of the newcomers were Bantu, part of a broad grouping of ethnicities in south-central Africa. They had one common characteristic: They all believed that without a burial, they would not be able to reunite with their ancestors, according to researcher Julio Cesar Medeiros Pereira, author of a book about the cemetery. 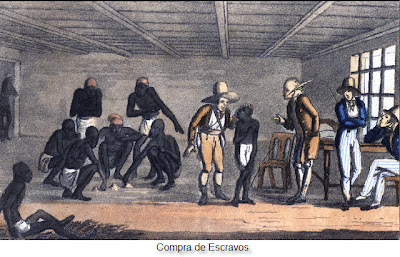 “What I’m feeling now is that these ancestors who for long years were buried here are finally living again,” said Mother Edelzuita.
The cemetery was part of what was once the busiest slave-trading complex in the Americas. Up to a million men and women first stepped onto the New World here and were then held in some 50 warehouses nearby until their sale.
Many of the slaves died before being sold, weakened by the cross-Atlantic trip, and their bodies were buried in what was known as the “cemetery of new blacks,” which operated in Rio between 1769 and 1830, though it was closer to a dump than a cemetery. Bodies of such “new blacks,” called that because they had just arrived, were thrown into mass graves, burned, and their bones chopped up to make room for more. From some of the warehouses, the open-air cemetery could be seen and smelled, researchers said.

The owners of the house, Ana de la Merced Guimaraes and her husband Petrucio, have been instrumental in promoting research about the find and bringing attention to the remains. Over the years, they’ve relied largely on their own funds and the help of others to continue the project. Merced Guimaraes has also opened her home to visitors and held yearly gatherings on occasions such as May 13, commemorating the day slavery was abolished in Brazil.
Red tape and paltry resources slowed the process, but by 2005, Merced Guimaraes had established a research and educational organization, the Institute of New Blacks. A state grant allowed her to offer classes by a variety of experts on Brazil’s African heritage. Last year, she said, 930 people attended seminars. Only now, with city resources, were they able to cover the gaping holes with glass — a recommendation of the religious leaders — and prepare the place for exhibit.

In this 1996 photo released by Ana de la Merced Guimaraes, she and others dig to recover the bones of African slaves in Rio de Janeiro, Brazil. In 1996, Merced Guimaraes and her husband Petrucio bought a fixer-upper in the historic port-side neighborhood of Gamboa. Once they started digging into the foundation, they made a startling discovery: the building sat atop the "cemetery of new blacks," - the burial place of newly arrived Africans who died soon after their arrival in Brazil between 1769 and 1830. Photo: Ana De La Merced Guimaraes / AP [source: Stamford Advocate]
In spite of the hardship, Guimaraes pressed on, feeling a responsibility to those whose bodies lay under her house.
“Nobody cared for them,” she said. “They died alone in a place where they didn’t know anyone. I thought, who is going to fight for them?”
Researchers analyzing the bones at the cemetery confirmed some details already on the historical record: The bodies were mostly male and young, and they came from inland areas as well as the African coast.
Much work remains to learn about the thousands buried there, said Reinaldo Tavares, an archaeologist connected to the institute.
“Behind every Afro-Brazilian is a ‘new black,’” said Tavares. “These are the ones who died. The ones who lived gave rise to descendants who are now all over Brazil. We are making every effort to preserve this history and bring it to light.”

In this 1996 photo released by Ana de la Merced Guimaraes, bones from African slaves sit in boxes after being recovered by Guimaraes in Rio de Janeiro, Brazil. In 1996, Merced Guimaraes and her husband Petrucio bought a fixer-upper in the historic port-side neighborhood of Gamboa. Once they started digging into the foundation, they made a startling discovery: the building sat atop the "cemetery of new blacks," - the burial place of newly arrived Africans who died soon after their arrival in Brazil between 1769 and 1830. (AP Photo/Ana de la Merced Guimaraes) [source: Windsor Star]
Also inaugurated this week was the adjoining New Blacks art gallery, with an exhibit called New Archaeology. The contemporary pieces from 17 artists use sound, video, photography, graffiti, stencil and photography to reflect the history of the neighborhood, the cemetery and the house.
The works include a flexible plastic sculpture filled with blue and white beads, reminiscent of both the ocean the slaves crossed to reach Brazil and the beads they brought with them, and a giant clay pot that emitted a collage of sounds, including children playing and the music of Afro-Brazilian religious ceremonies.
“The idea was to have the old and the new coexisting in harmony, optimizing what each has to offer,” said artist and co-curator Gabriela Maciel.

In the middle of the art gallery is another pit covered in glass, through which visitors can see remnants of a 17th century Tupinamba indigenous encampment that includes fragments of Portuguese pottery. It was discovered by researchers excavating the area to find the perimeter of the cemetery.
“Here we have the indigenous, the black, the Portuguese - it’s us, it’s Brazil,” said institute curator Marco Antonio Teobaldo.
But the idea was to not only look at the country’s past but to think about where the country was headed, Merced Guimaraes said.
“We wanted to guide the eye toward the future,” she said. “We didn’t want to make this about people who are gone. This is also about people and a culture that are living.” (source: Associated Press, Juneau Empire)