On May 15, 2012, the New York Times reported in an article, "Slave Graves, Somewhere, Complicate a Walmart’s Path," by Robbie Brown -- FLORENCE, Ala. — Dianne O’Neal still lives on the rustic cattle farm that her husband’s family has owned since his great-great-great-grandfather purchased the land in the 1830s. She still stays in a log cabin built from chestnut trees that his ancestors chopped by hand.

But one aspect of the family’s long history here in northern Alabama is not so well preserved: Coffee Cemetery, an overgrown one-acre graveyard where the ancestors of her husband, Edward O’Neal, and their slaves are buried.


That has become a pressing matter in Florence because Walmart plans to build a store right next to the graveyard. The O’Neals’ biggest concern is that nobody knows exactly where their ancestors’ 80 slaves are buried.

The slaves were owned by Gen. John Coffee, a friend of President Andrew Jackson’s and a surveyor who drew the state’s border with Mississippi. And there is archaeological and historical evidence that suggests his slaves’ graves may be precisely where Walmart plans to pave a driveway to the new store.


Walmart says it will avoid harming any burial grounds, and has pledged $25,000 to restore the crumbling cemetery. But determining the graveyard’s boundaries has proved challenging.

While the white members of the Coffee family lie in graves with limestone markers, historians say, their slaves are most likely buried without headstones. And it was a common Southern tradition to bury house slaves in one place and field slaves in another, or sometimes to let slaves choose a burial site for their own family members. 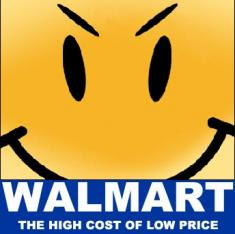 That has left little evidence. “The only absolutely certain way to know who was there is to dig,” said Ms. O’Neal, 65, a retired art conservator who has led the family’s opposition to the development. “And that’s something we obviously think should be avoided.”

Walmart says it will redraw construction plans in any way necessary. “We really want to do the right thing,” said Bill Wertz, a company spokesman. “As we’ve gotten into it, we’ve discovered there’s a certain degree of uncertainty about what the boundaries of the real cemetery are.”

The City Council voted Tuesday night to rezone the land from a residential property to a commercial one. If approved by state historical, environmental and transportation officials, Walmart would be allowed to build the store.

Many residents in this city of 39,000 have resisted any kind of development on the tract, 160 forested acres beside a sleepy, middle-class neighborhood. “No Walmart” signs were placed along the property, and a group called Citizens Against Urban Sprawl gathered hundreds of signatures on a petition and made a short historical video that calls the cemetery “a place of sacred beauty so far untouched by city life.”

What historical clues exist are perplexing. By all accounts, the cemetery was an acre, and a deed from 1903 says it was an exact square, with General Coffee’s grave in the center. But aerial photographs taken by the Tennessee Valley Authority at midcentury suggest it may have been a rectangle. If so, one end of the cemetery would be under Walmart’s proposed road. A separate, slightly better-preserved slave cemetery on another part of the property contains an unknown number of bodies.

In a report to the Alabama Historical Commission this month, a team of private archaeologists using ground-penetrating radar concluded that the rectangular shape was “unlikely to have been used as a cemetery.” But a geographer and a historian from the University of North Alabama found depressions in the soil that suggest burials may have occurred where Walmart plans to build.

City Council members said the Walmart project would be an economic benefit for the city. “Strictly from a business perspective, it’s going to create numerous jobs,” Councilman William Jordan said.

No living descendants of General Coffee’s slaves have been identified. But many African-Americans in Florence trace their ancestry to slaves who worked in the nearby soybean and cotton fields.

One, Shirley Rowell Carter, 58, retired from a job at a dry cleaners, said it seemed distasteful to build a store so close to the graveyard, even if no human remains were disturbed. “If they just start digging, that’s devastating no matter what color the people were,” she said. “It’s just inhumane.”

Any human remains except for tooth enamel would have decayed long ago, said Greg Gaston, the University of North Alabama geography professor who surveyed the site. But that does not take away the historical value of the property or the need to handle the development with sensitivity, he said.

“We’re not trying to say Walmart should not be here,” he said. “We’re just trying to make this decision based on the facts — who was buried where.”(source: The New York Times)